Steven Spielberg and Sally Field have had quite a career in the film industry over the years. Their reputation precedes them and it is all well-earned. The two coincidentally 76-year-old personas have known each other for over a shocking 50 years, and through half a century they have managed to keep their friendship very much intact. Field has even starred in Spielberg’s 2012 film, Lincoln.

The Forrest Gump actress recently revealed to the world, how she and the Jurassic Park director go way back together, and might even have dated back in the day.

This Thursday, Sally Field was the one to honor Steven Spielberg at the Palm Springs Film Awards with the Vanguard Award. During her speech honoring the legendary director, she talked about their history and the bond they have shared over the years. And the first thing she recalled was “almost” going on a date with him.

The Mrs. Doubtfire actress started her speech by reminiscing about when the Hollywood legends two first met. According to her, it was “somewhere in the ’70s, I think — he’ll correct me.” And the West Side Story director did correct her, saying it was in 1968.

Field went on with her speech,

“My newly acquired business manager wanted me to meet one of his clients and wanted me to go to Universal for a supposed ‘meeting’ because he thought the two of us would really hit it off.

And though we never actually went on a date together, my beloved Steven Spielberg has never left my life. For almost 50 years — is it really? — we have gone through this life that’s been filled with good and bad, the laughter and the angst. He has been my biggest supporter and a constantly welcoming place.”

Imagine being friends and a constant support for that long a time.
Also Read: ‘Zack Snyder Did it First’: Steven Spielberg Directs His First Music Video Using an iPhone, Fans Claim Snyder Made it Popular

Steven Spielberg honored for his invaluable contribution to the film industry

The Smokey and the Bandit actress then talked about the Schindler’s List director’s irreplaceable significance in Hollywood.

“I honestly can’t imagine my life without him at this point, but I can’t imagine our country, much less the industry, had Steven Spielberg never held a camera in his hands. His vision, his sense of humor and fun, of terror and entertainment, his humanity and heart has been woven into the whole world’s consciousness.”

Spielberg is undoubtedly one of those people who has left his indelible mark on the canvas of history with his exceptional work.

Both Field and Spielberg have been married twice. The Fabelmans director was first married to Amy Irving from 1985 to 1989, and the two share a son. He then went on to marry Kate Capshaw in 1991. The two have remained married since and share five kids. 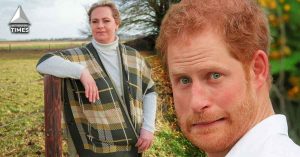