The Big Bang Theory really did create quite a bang, the sitcom that started airing in 2007 went on to have a 12-season run and garnered a fan following of millions. The finale was aired over three years ago and since then the main cast of the show has moved on to different pursuits. However, there is one thing that they unanimously agree with, being a part of the hit TV show was the zenith of their career and they will probably never be a part of anything that commercially successful. Kaley Cuoco, who played Penny on the sitcom, once claimed that she and Johnny Galecki were very well aware of this and even cried thinking about the same.

Kaley Cuoco and Johnny Galecki played one of the central love interests on the show – Penny and Leonard. Who can forget the nerdy physicist prophesizing that his babies with the hot next-door neighbor would be “smart and beautiful” in the pilot of the show? They went on to have a really long courtship with a consistent will-they-won’t-they tension brewing. However, they did end up together on the show.

What is a lesser known fact is that the actors portraying Leonard and Penny, i.e. Johnny Galecki and Kaley Cuoco, also dated in real life. They had a rather secret affair for almost two years starting right when the show itself began in 2007. The relationship went mostly public after it had already ended in 2009. And the two still went on to be co-workers for around 10 years, however awkward that might have been for them. Although they claimed to move forward after their breakup quite smoothly and remain the closest of friends.

Also Read: “There was a lot of crying…Kaley, in particular”: Kaley Cuoco Could Not Make Eye Contact With Big Bang Theory Co-Star Jim Parsons After Heartbreaking News

“Luckily, Johnny and I came out of it so brilliantly”

Kaley Cuoco once shared the inside scoop of her and Galecki’s changing dynamics in the Armchair Podcast with Dax Shepard.

“We got together and just fell mad for each other for two years, but then we broke up. Luckily, Johnny and I came out of it so brilliantly and we’re closer today than we ever were.”

The Flight Attendant actor further recalled the meetings that she and Galecki used to sit in together. Especially the ones where their paycheck was a point of discussion. Both of these actors, including the rest of the main cast were once at the near top of the sitcom game when they received a staggering paycheck of $1 million per episode.

Also Read: “We cried for hours, I couldn’t breathe”: Kaley Cuoco Hated Jim Parsons for Destroying Big Bang Theory’s Legacy With His Abrupt Exit, Couldn’t Even Look Him in the Eye

Kaley Cuoco and Johnny Galecki cried at their unbelievable fortune together

Describing one of these negotiation meetings, the Meet Cute actress said,

“I was with Johnny and, you know, we have a lot of the same people on our teams. So we would get all of our teams together and have these big, ridiculous meetings where we’d be talking about this. And Johnny and I would sit there like, ‘Mhm, yeah, very serious.’ And then we’d walk outside and it was like ‘What?! What just happened?!’”

“We would have these long late-night conversations where we would just be balling. Because I knew and he knew in that moment that this would never happen again. It was unbelievable to experience. But him and I did that.”

Both of these actors knew that it doesn’t get any better than this. that it was a once-in-a-lifetime opportunity, and the thought of that made them cry. They did make an entire generation laugh and that is something timeless indeed.

Also Read: “The worst experience was getting covered in f*king hair from head to toe”: Kaley Cuoco Hated Her Role in Big Bang Theory While Filming a Bizarre Episode 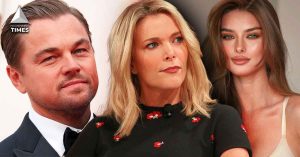 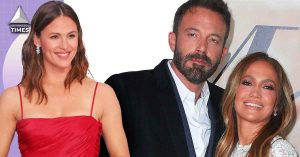 While Ben Affleck’s Wife Jennifer Lopez Wants You To Buy Thousands of Dollars Worth Cosmetics To Look Beautiful, His Ex Jennifer Garner’s Makeup Products are Available for Just $17