WARNING!  SPOILERS AHEAD FOR THE COMIC VERSION

In recent years, The Walking Dead has conquered a broad fan base both in T.V & comic world. There are very few characters who had made their journey successfully alive from the beginning till date. However, the one part which was difficult to portray for the co-creator of the walking dead Robert Kirkman is the death of Andrea. 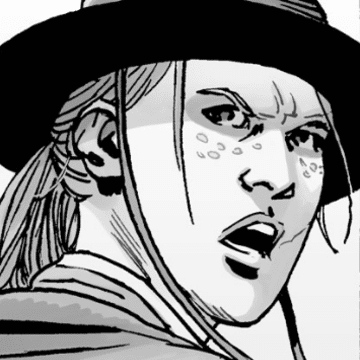 Andrea is one of the strongest and bravest characters in the comics. She was way too protective for her younger sister until her sister’s last breathe. She is one of the core survivors in Rick’s crew. Contrary to the show, she blossomed her relationship with the main character Rick. In the comic Andrea’s neck gets bitten by a walker, no other option was left with Rick than killing her by wounding her head so that she doesn’t regenerate as a walking dead. Her death might give the fans a sense of astoundment, but it’s supposed to be more difficult for Robert Kirkman to portray her demise. Undoubtedly, it’s a heart-wrenching moment for him.

During the recent live stream of Comic-Con, he answered many questions regarding his latest series. When he was asked what was the most painful thing he had to do while writing The Walking Dead, he revealed the death of Andrea. Andrea meant a lot to him and the fans, so killing a significant character of the plot must not have been easy for Robert Kirkman. The genre of the scheme is like that only due to this, we have encountered many death scenes and plot twists. However, Andrea was an integral part of the team and reading the comics without her character might be difficult for the readers