Fashion icon Heidi Klum with her daughter Leni Klum are all over news for their latest fashion project, in which they were seen together wearing lingerie for a lingerie brand’s photo shoot. While many fans called them out as dynamic duo in the fashio industry, another lot of audience is not happy about Heidi Klum posing in undies with her equally scantily clad, 18-year-old, Leni Klum.

The first German Victoria’s Secret Angel, Heidi Klum and her gorgeous daughter Leni Klum were all smiles as they stripped down for a new mother-daughter lingerie campaign for the intimates brand Intimissimi.

The 49 year old Heidi Klum shares pictures and videos of the shoot for the lingerie brand on Instagram. In one of the shots, mommy Klum wears a semi-sheer black bra and thong embroidered with white flowers. Next to her, the daughter Klum poses in a black scalloped bra with a geometric pattern and matching high-waisted panties. Over the set, shr wears a silky ivory robe.

Heidi Klum also shared the black-and-white behind the scenes Reel, where the supermodel, 49, and the rising fashion star, 18, are seen laughing and dancing in lacy bras and panties between photo takes. Notably in one standout moment, the two share a quick kiss on the lips before giggling and hugging each other. The model captioned the post. “Thanks for making us feel confident all day singing and dancing in our @intimissimiofficial.”

Also read: “Everyone thought I was her mom”: Kim Kardashian Became a Mother at Age 16 in Public’s Eyes Due to Massive Age Gap With Sister Kendall Jenner

This isn’t the first time Heidi and her daughter have posed together.

The mother daughter duo didn’t pose together for the first time. In 2020, Leni Klum made her magazine debut in Vogue Germany, alongside her mom. On the cover, the duo sported oversized blue, pink and green suit looks designed by Versace as Heidi planting a kiss on her daughter’s cheek.

In an accompanying Instagram post, the Project Runway alum gushed over the teen and her new career move. “I am sure that an exciting time is waiting for you,” Heidi Klum wrote in December 2020. She continued in the post with how Vogue is the best way to start her[Leni Klum] career and how proud she is to be her mom.

Many fans and critics are not feeling happy about how Heidi Klum has joined the long list of model and celebrity mums who have made the strategic decision to exhibit their girls. Her followers quickly took to social media to share their opinion on the advert, with many people agreeing that it was “so weird” for the mother-daughter duo to pose together.

“I love Heidi and all but I don’t know about doing a lingerie shoot with your daughter,” one person wrote. “It just doesn’t seem appropriate.” Meanwhile, others simply complimented the pair on how “beautiful” and “magnificent” they looked and argued that there was nothing wrong with the photos. 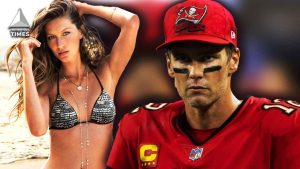