Fans were definitely surprised to hear that Avengers: Endgame star Jeremy Renner passed on the role of Hellboy in director Guillermo del Toro’s 2004 film. However, perhaps the person most surprised to hear Renner’s statements was del Toro himself, with the director clarifying exactly which role he had in mind for the Marvel Cinematic Universe’s resident archer.

“Not the title role. The role of Agent Myers… which went to Rupert Evans,” del Toro posted on Twitter in response to an article stating Renner turned down the role of Hellboy.

Rupert Evans played Agent John Myers in Hellboy, a new addition to the Bureau of Paranormal Research and Defense. Agent Myers acts as the point of view for the audience, as he’s introduced to the strange, supernatural characters and threats in the movie, including Ron Perlman’s Hellboy.

Agent Myers and Hellboy form an entertaining partnership throughout the film, with Hellboy having to put up with the inexperienced Agent Myers while trying to defeat Karel Roden’s Rasputin.

Not the title role. The role of Agent Myers… which went to Rupert Evans. https://t.co/ogmYceZdU3

Though del Toro cleared up the confusion on who Renner was really going to play, he declined to comment on Renner’s statements during his appearance on the Life is Short podcast. “I was just reading the script and [thinking] like, ‘I don’t get this…’ I just couldn’t connect to it,” Renner said. “I said, ‘I can’t find a way in [to this character], I don’t know what I’d be doing,’ so I had to say no.”

Thanks to del Toro, we now know the character Renner couldn’t connect to was Agent Myers, and not the Right Hand of Doom. 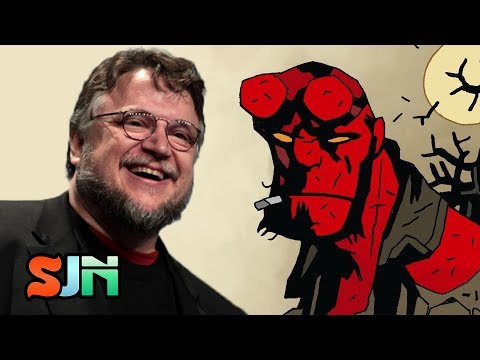