This is somewhat a conversation that has happened on various occasions across living rooms and kitchens around the globe, friends, and family, as people try to explain the actual difference between a tabletop wargaming universe and a video game universe. However, we just don’t know if it has ever been done so smoothly.

However, the highlight of his appearance on the late-night show had nothing to do with The Witcher, his upcoming series on Netflix. It came up when Graham started talking about Cavill’s love of Warhammer, and he went to reveal in particular how he’s all in when it comes to stuff painting miniatures

“You paint…is it War…World of Warcraft?”, Norton asks, beaming with not just confusion, but a little smugness as well.

Cavill’s reply is no less than hearing molten gold slithering down the slide. Cavill explains that miniature wargaming has two halves to : “There’s the painting/modelling side of the hobby, and then there’s the gaming side of the hobby.” When asked what he does with his miniatures after painting, he replies, “Then you, erm, you put them together in little armies and you fight against someone else’s army. It’s actually—it is fun! It sounds ridiculous, but it is fun.”

The Superman actor went on to correct the TV host saying,”It’s Warhammer, not Warcraft!” The rest of the segment goes on pretty awkwardly, as Norton is clearly seen setting it up as a gag, like, “Hey, look at this big dude who is actually a huge dork, what kinda loser actually plays tabletop wargames?!”

Watch the hilarious exchange below: 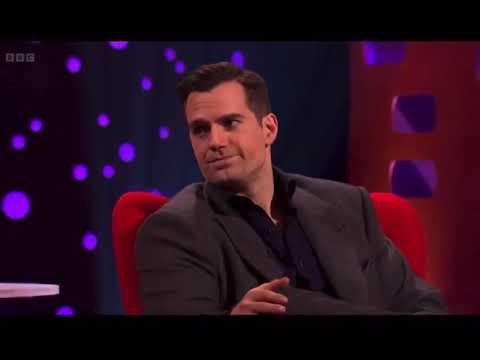 In reality, Norton comes off looking like sort of a prick, which is a result reinforced by the segment’s end when one of the fellow guests – which was, believe it or not, Spider-Man star Tom Holland, who practically got asked by Cavill to come to his house for a game, saying, “That sounds amazing.”

A night of Warhammer at Superman’s house with Spider-Man as the guest – well, this does sound nothing less than amazing to us!