It seems like the production has officially wrapped on the first season of Netflix’s The Witcher. It is an adaptation of the immensely popular book and video game series of the same name. Showrunner Lauren S Hissrich revealed earlier and now Henry Cavill, who plays the series’ eponymous “Witcher” named Geralt of Rivia, has also made a social media post to celebrate production ending. The difference is that, while Lauren Hissrich’s post was ultimately straightforward, Henry Cavill’s reveals a behind-the-scenes look at his character. 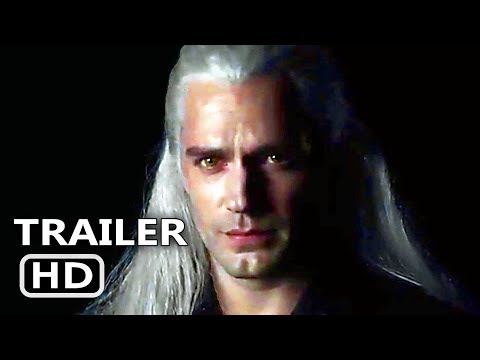 Season 1 of The Witcher has finally come to an end. And although I’m pulling a face here it has been an incredible journey! The cast and crew worked tirelessly throughout, everyone pitched in and brought their A game to set and I couldn’t be more proud of you all. Speaking of my immediate team. Jacqui, Ailbhe and Leah are consummate professionals who worked extraordinary hours to bring the Witcher to life, they were non stop improving adjusting and evolving Geralt throughout. Thank you ladies for making this journey a good one. All of those 3 am wake ups were worth it! #GeraltofRivia #TheWitcher #Season1

“Season 1 of The Witcher has finally come to an end and although I’m pulling a face here it has been an incredible journey. The cast and crew worked tirelessly throughout, everyone pitched in and brought their A game to set and I couldn’t be more proud of you all.”

The caption then goes on to thank the team that brought the Geralt to life, which actually makes sense because the photo is of Cavill sitting in a chair with what appears to be a bald cap being applied. This, people who have played the game or even looked at the character once will know is because Geralt has long silver hair.

This post is significant only because there has been almost nothing officially so far. There have been some leaks and all but what officially exists is just the initial teaser of Cavill as Geralt. Even in regards to the scenes which some fans might have seen from the audition process, Hissrich assured fans that those won’t be spoilers for the series.

“Normally when casting a show, the casting director pulls character-specific scenes from the pilot script for actors’ auditions. However, because we’re casting internationally (which means lots of emails and self tapes) and because we know by now the internet keeps no secrets. The writing staff has instead created entirely new scenes for our main characters. These are written to illustrate the precise tone, vine, depth and emotional resonance we need from Geralt and friends…but voila! They are spoiler free, for us and for you. Which means that if you start seeing Witcher scenes floating around the internet in the coming weeks- they’re probably real! but no, they won’t give anything away as to the stories we’re telling or the ways we’re telling them. You’re safe. For now. And hell’s yes, his name is Jaskier.”

Netflix’s The Witcher is expected to launch on the streaming service this year.