Harley Quinn might be seen as an anti-heroine these days but she has had her own tortured past. She was introduced in Batman: The Animated Series as a psychiatrist turned psychopath who gets infatuated with The Joker. She went on to help him break free from the Arkham Asylum and became his right hand.

The character gained massive popularity and though her villainous days are far behind now, she has committed worst crimes in the past. Today we will list down five worst things done by Harley Quinn which list from killing friends and torturing people, here you go! 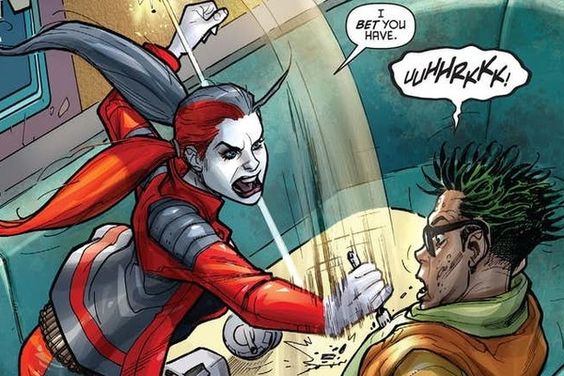 Harley Quinn kidnapped an entire family at the start of New 52 era which shocked all the readers. This gruesome act was made to seem a bit less severe by the fact that she reenacted the famous “Han shot first” sequence, having cornered by a bounty hunter but still her kidnapping of an entire family doesn’t really paint a pretty picture of the Doctor. 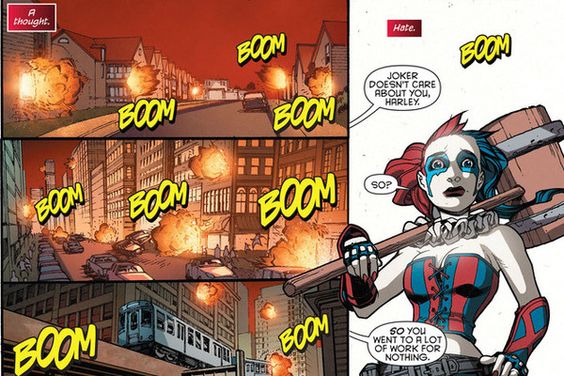 If kidnapping an entire family wasn’t enough, Harley went on to murder Gotham’s children in Detective Comics #23. This issue shows an unstable Harley Quinn who keeps relapsing back to her former self.
She came up with a scheme where she handed out explosive video games to kids. These video games explode, killing dozens of children along with their parents. Pretty cruel, isn’t it? 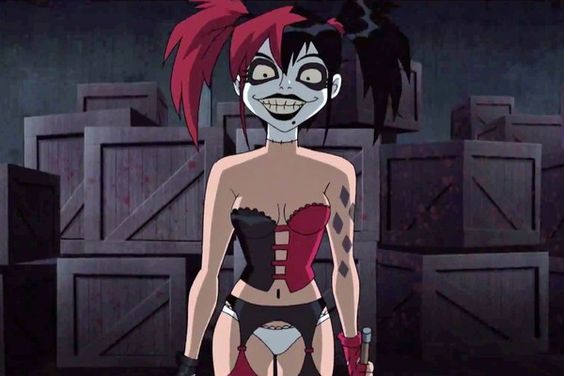 Before the release of the animated film Justice League: Gods & Monsters, DC launched a number of animated shorts on YouTube. This world had Harley Quinn who went by the name Harlequin and was more sinister than her usual self. She is shown as a serial killer who doesn’t have a family and she turned her victims into a set of models and called them her “family”. 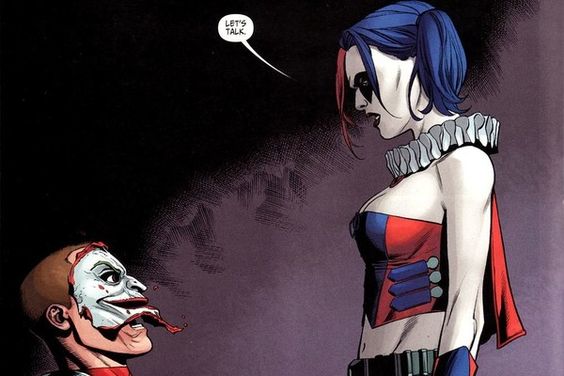 We all know and perceive Harley Quinn today from what we saw in the New 52 Suicide Squad series. But the character wasn’t always like that.
Joker lost his face and eventually died at the starting of this reboot which made Harley leave Task Force X in search of Joker’s face. When Harley is instructed to come back, she made things more complicated by cornering Deadshot.
She placed Joker’s face on him and talks to him like he’s Joker. This looks creepy and keeping their shared history in mind, this story was more compelling than Batman: The Animated Series. 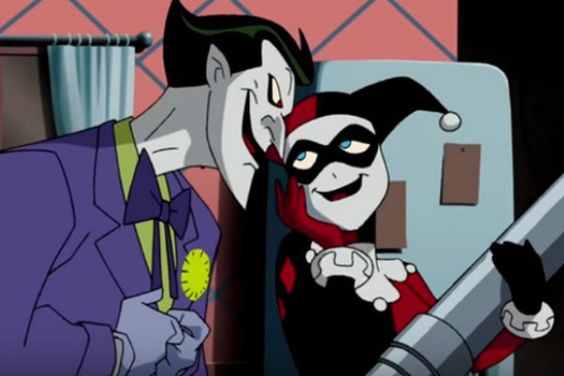 Batman Beyond: Return of Joker is often seen as the best Joker film ever and one of the main reasons behind this could be the ten minute flashback that comes in the second act.
This act showed the disappearance of Tim Drake, who’s BTAS’ Robin and the flashback showed the night when Joker died. After the disappearance of Drake, Batman thought that Joker is responsible for this act but the truth shocks the life out of everyone.
We get to know that Joker and Harley were living in Arkham Asylum and had Tim as their adoptive son. Tim had been brainwashed and tortured mentally and physically. Tim is seen as a little Joker who just laughs.