This summer’s Hobbs & Shaw proved that the Fast and Furious franchise still has plenty of gas left in the tank, with the continued appeal of the long-running series coupled with the desire from fans to see Dwayne Johnson and Jason Statham team up in a buddy movie driving the ninth installment to over $750m at the box office.

While Hobbs & Shaw shared plenty of DNA with its predecessors in terms of gravity-defying stunts, games of macho one-upmanship and a plot that made absolutely no sense, David Leitch’s blockbuster also tried to put a different spin on the formula by introducing some new elements that bordered on sci-fi territory, in particular Idris Elba’s cybernetically-enhanced villain Brixton and the shady Eteon organization that he worked for.

Eteon and the Director will again play the bad guys

The plot revealed that Elba’s character was being controlled by a shadowy figure lurking in the background known only as the Director, who was heard only through a modified voiceover, although it was clear he had history with Johnson’s Hobbs. Leaving plot threads unresolved in order to set up sequels is an infuriating tactic employed by many modern studio movies, and Hobbs & Shaw is no exception, with writer Chris Morgan confirming that Eteon and the Director will again play the bad guys should a sequel ever come to fruition 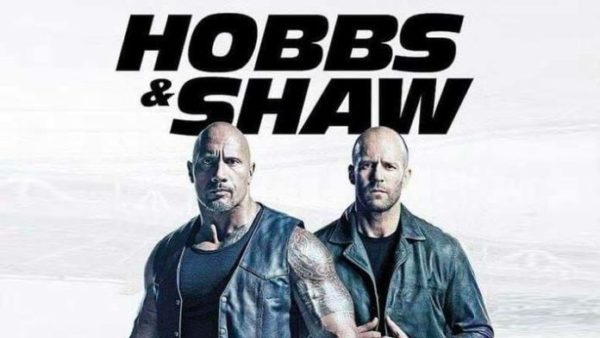 “This speaks specifically to being able to tell a story in a cinematic universe where not everything has to be jammed into one story, one thing. That is an ongoing reveal. I would direct the audience to… just hold on.”

In all honesty, the identity of the Director was one of the least interesting story threads to be found in Hobbs & Shaw, and unless they turn out to be played by somebody like Keanu Reeves, the big reveal could turn out to be a huge disappointment. Besides, now that Dwayne Johnson has finally put his feud with Vin Diesel to rest, maybe the spinoff series will be abandoned altogether and Hobbs and Shaw will simply be folded back into the main franchise by the time Fast and Furious 10 rolls around.