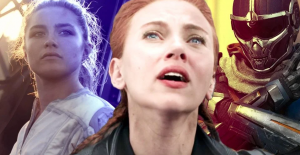 The MCU finally unfolds Natasha Romanoff’s life in Black Widow. While the movie depicts a sense of ending, it also helps predict many things about the future Marvel-stories. Black Widow started and finished with a predictable journey between before and after events of the Civil War. It is highly assumed that Natasha’s character was not made in the Red Room, but the events happened around it. Since the timelines in the Multiverse are no longer linear, Black Widow’s story was truly different and extraordinary.

Here is what the movie’s ending really meant and how Black Widow connects with other MCU films:

Why Natasha rejoined the Avengers for Infinity War 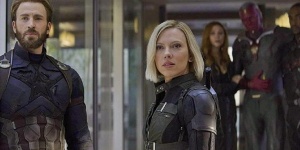 Black Widow’s journey with the Avengers made her feel a sense of real family. While searching for normalcy, Natasha started treating Avengers as her priority. That is perhaps why she rejoins team Avengers and later sacrifices her life to save Hawkeye.

The Marvel fans finally get to see the respects paid to Natasha. Somehow, Yelena’s return also turned worthy in Black Widow. While the franchise failed to pay tribute to the character in Avengers: End Game, the event got rightly fit in the runtime of Black Widow.

What was Black Widow’s “Red in her Ledger”?

While conversing with Loki, Avengers mentioned that Black Widow had “red in her ledger.” Loki said that Dreykov’s daughter forced Natasha to kill innocents and take down the leader of Red Room. This made Natasha feel better, but the fallout with red in her ledger remained unsolved.

What is next for the Widows, Taskmaster, and Red Guardian?

Chronologically, Avengers: End Game ended Natasha’s time in the MCU. As Natasha was compelled to what she did, it is highly expected that other widows will seek justice. The new dynamics set up by Alexei and Melina’s revelation depict their mother and father figures. This could help in setting up a new Red Room at Melina’s farm.

What’s next for Yelena?

Contessa Valentina, aka Val, recruits Yelena, but the dynamics seem different. The disgruntled employee relation between Val and Yelena is evident when Val handovers a dossier and refers to it as “your next target.” However, the reason why Val recruits Yelena remained unclear.

Why Yelena gives Natasha her Jacket

Black Widow confirms that Natasha’s new outfit during Infinity War derived from the courtesy of Yelena. She passes her vest to Natasha by the end of the movie. But, it is assumed that the vest is more than just a ‘jacket.’ It helped Natasha express and reflect her own identity. What happened in End Game was a tragedy, but at least Natasha got closure.

The only crime that Avengers: Endgame committed was: not giving a memorial for Black Widow. Additionally, the character remained a side player for all the essential MCU stories. Black Widow finally reversed the notion. Thus, the biggest takeaway from Black Widow is that: Natasha finally got an opportunity to tell her story.