Gerard Pique has found a new level to torture Shakira after their separation. Recent reports state that he has kept all the awards won by his ex-partner, including her Grammys, in his possession. He has kept them with him in his office in Barcelona and refuses to give them back to her. It includes 15 of her prized possessions that she had accumulated throughout her career. This has been another low blow from the football player after his alleged unfaithfulness broke the news back in June.

Iconic singer Shakira and football player Gerard Pique had announced their separation back in June. They had been together for almost 12 years and share two children. Even though the two never tied the knot, Shakira knew that she liked him enough to be the father of her children.

But news broke out about Gerard Pique’s affair with another woman which perhaps became the last straw in their relationship. Besides the infidelity, sources also claim that the pair had monetary issues during the last few months of their relationship. Apparently, Gerard Pique had asked Shakira for money for an investment, which was promptly refused to him by the singer.

Also read: “If I ditch you then maybe you would understand”: Shakira Desperately Wished For Gerard Pique’s Attention To Work On Their Dying Relationship, Seemingly Teased About Their Breakup In Her Song

On June 4, an official statement was released by Shakira’s publicist that she and her long-time boyfriend would be parting ways. Since then, they had been living separately. While Gerard Pique lives in Barcelona, Shakira has moved to Miami where she resides with her two children.

However, Gerard Pique continues to remain unfazed by the split. He was spotted with his new lover, Clara Chia, just weeks after the split. They attended a wedding together, and news is that he has also introduced her to his family.

Furthermore, he continues on his trail of taunting the singer by holding onto her prized possessions. And now Shakira desperately wants her awards back.

With a catalog of 145 songs, and selling over 80 million records, Shakira was deemed as the top-selling Latin female artist in 2018. She holds three Grammys to her name, the awards which are now in the possession of her ex-partner.

Also read: ‘They finally confirm what was once an open secret’: Shakira in Absolute Shock as New Report Claims Pique Cheated on Her With International Model Bar Refaeli in 2012

Fans on Twitter have been showing utmost annoyance and exasperation at the news.

Amid their divorce, Gerard Piqué has kept Shakira’s Grammys in his office and refuses to return them. pic.twitter.com/K45dkgu6vW

“Freak,” one user calls him.

“We need to begin the operation to steal them from him,” commented another. 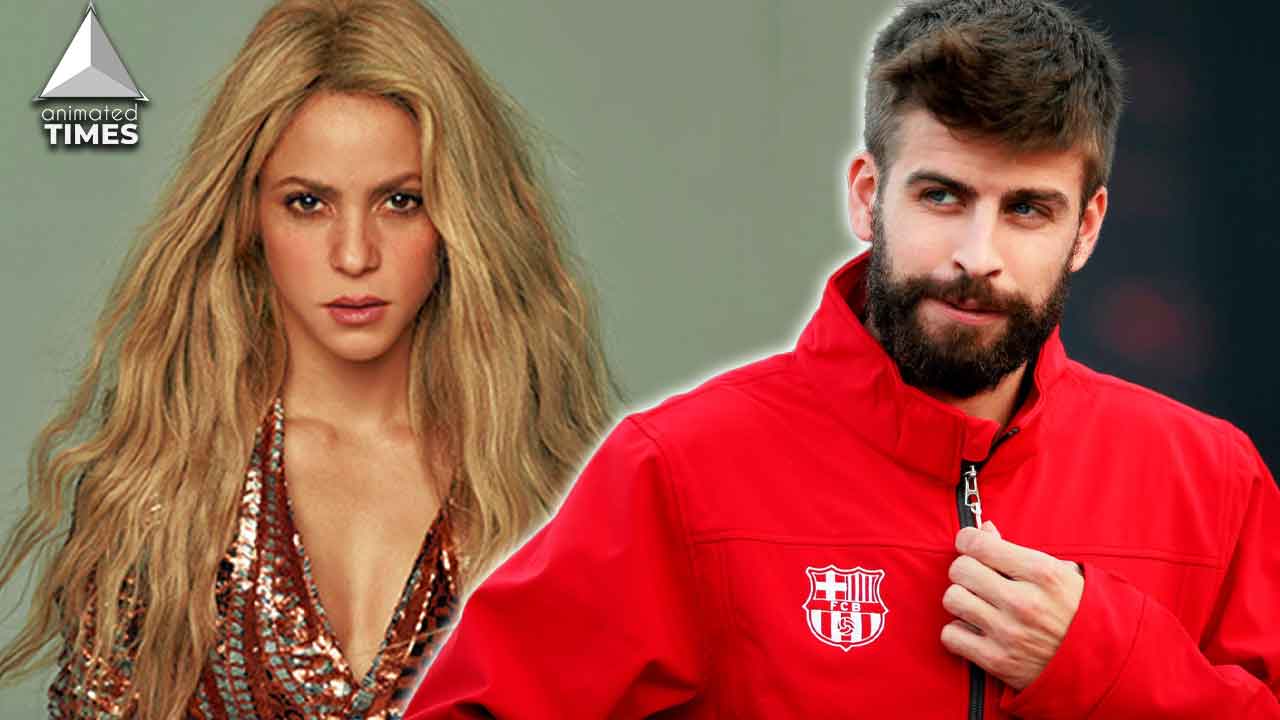 Recently, Shakira has also been embroiled in a tax fraud case. Accused of committing tax fraud, it is said that she can potentially face up to eight years in prison and a fine of 23 million euros. More updates on this case are in development.

“Get Kris to tape the film”: Larsa Pippen Gets Intimate With Ex-Husband Scottie Pippen’s Teammate Michael Jordan’s Son, Fans Say She’s Getting Influenced By The Kardashians

‘I have to be naked… I feel so good’: MCU Star Gwyneth Paltrow Paints Herself Gold, Goes N*de For Bizarre 50th Birthday Photoshoot

“Kate was indeed terrified”- Kate Middleton is Afraid Meghan Markle Would Leak Their Private Conversation For Her Own Profit, Decided to Stay Away From Her After Queen’s Death

“I couldn’t act..I can’t do it anymore”: Christian Bale Was Forced To Ask Chris Rock To Leave Him Alone While Shooting “Amsterdam”

“He used to be nervous and embarrassed”- Meghan Markle Forced Prince Harry To Take Acting Classes For His Emotional Performances, Helped Him Immensely In Building His Confidence