The Wanda series is like a fine wine. The more time passes, the better it gets. Last week’s Episode 4 gave us a little more insight into what’s going on at Westview and the world Wanda has created. Episode 5 got even more in-depth with a most surprising cameo at its very end.  Speculation was rife. It was Quicksilver / Pietro Maximoff who showed the tip of his nose.

Throughout the episode, Wanda Maximoff misses her brother Pietro, who died in the final battle of the movie Avengers: Age of Ultron (2015). She cannot raise the dead. However, she can alter reality and tear the “multiverse” to bring another Quicksilver. So the one knocking on the door is Peter Maximoff, played by Evan Peters. The one we saw in several FOX X-Men movies, like 2014’s Days of Future Past, 2016’s Apocalypse, and Dark Phoenix (2019). The series will have another huge surprise.

The main villain of WandaVision will be revealed soon, and all clues point to Mephisto. Even Scarlet Witch says she doesn’t know how she got there.

But now it has been leaked that Scarlet Witch opens the multiverse doors to bring Peter Maximoff. The series will also influence the Spider-Verse that we will see in Spider-Man 3 (2021) since it will be the second part of this story arc. In contrast, the conclusion will come in Doctor Strange and the Multiverse of madness (2022).

However, WandaVision will bring another mutant from the FOX movies to Marvel Studios since he tries to reunite his family. As we already know, his brother and his parents passed away. But now, he has replaced Pietro with another alternate Quicksilver and will do the same for his father.

So we will see Magneto. Supposedly Marvel Studios contacted Ian McKellen and Michael Fassbender to reprise the mutant “master of magnetism. “ 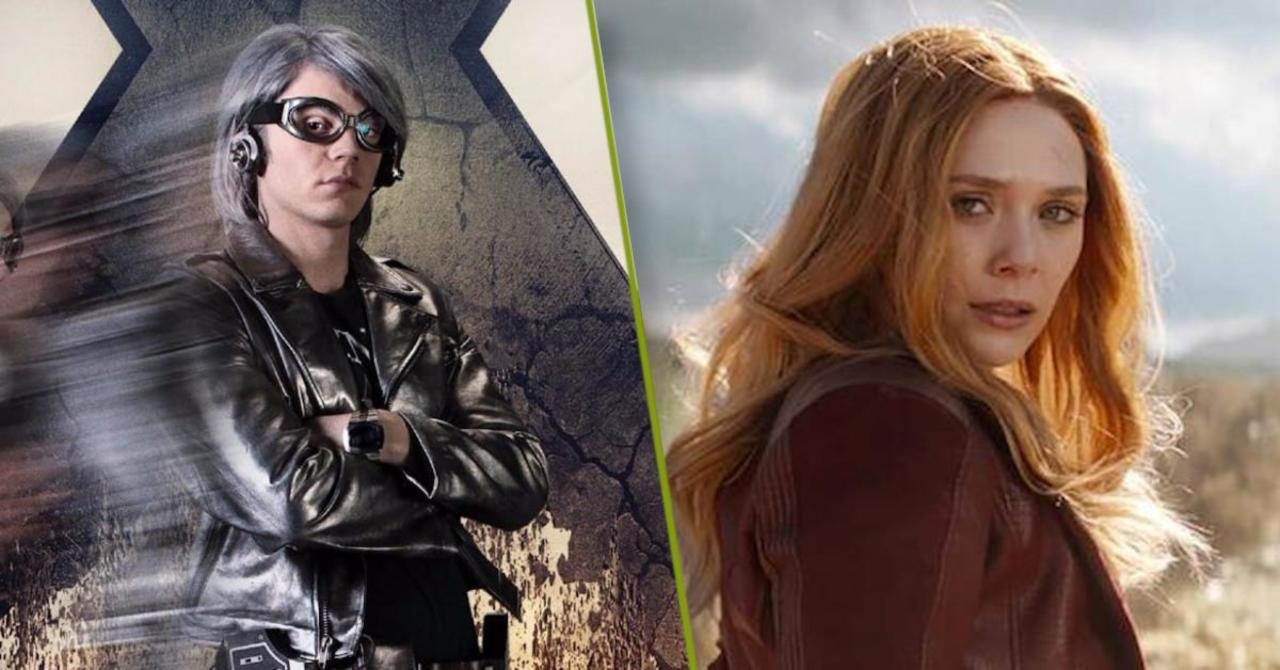 Why Evan Peters as quicksilver?

Wanda’s brother is back, but not in Aaron Taylor Johnson’s guise, who played the character in Avengers: Age of Ultron, here it’s Evan Peters who plays Quicksilver. This choice surprised many fans since Evan Peters plays Quicksilver in the X-Men saga of Fox, unassociated with the MCU. The arrival of Quicksilver of Evan Peters was no accident. As has been for a while, WandaVision will most certainly tie in and introduce the X-Men to the MCU.

If you didn’t know, usually Wanda is a mutant who’s part of the X-Men but doesn’t have that status in the MCU because Marvel Studios have no X-Men rights at the time of production of Avengers 2. Note also that at the time of the Age of Ultron’s output, Marvel Studios wanted Evan Peters to play Pietro Maximoff. He had already signed with the Fox to play X-Men’s character Days of Future Past. The role he then took over in X-Men: Apocalypse and X-Men: Dark Phoenix.

This cameo is strange even for the series’s characters since Darcy is also aback by saying, “she is changing Pietro!”. MCU should explain this bizarre cameo in the next episodes, but this is the first introduction of the Multiverse. We have known that Wanda will be alongside Doctor Strange in Doctor Strange and the Multiverse of Madness for a while. It was a film that will deal with the Multiverse in-depth, so WandaVision is its introduction. We can’t wait to discover the next episodes to find out more.