For years, a particular debate has peculiarly gained incredible traction. Is One Punch Man Stronger Than God?

Well, we would not be surprised if he is.

One Punch Man is a parody of all superheroes. As a parody, his only power is that he has no ceiling. His abilities do not max out. In fact, they cannot. That’s literally the whole point of One Punch Man.

While we may not be able to see if One punch Man wins in a fight against God, we have a fan-made video that brings an opponent who comes pretty close to the latter.

The Hulk is also the most powerful Avenger in terms of raw, brute strength. With his rage fueling his powers, there’s no cap to the Jade Giant’s Strength. 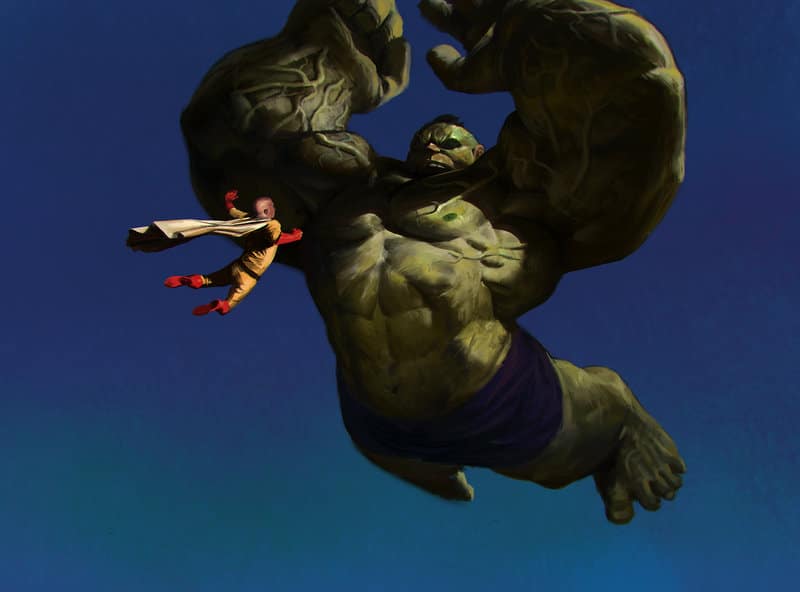 For long, Marvel fans and One Punch Man fans have tried to settle this score.

In a fight between the Green Goliath and the Hero For Fun, who exactly would be left standing?

This fan-made video perfectly sums it up.

For a fan-made flick, the animation is top-notch and the action choreography seems on par with (and sometimes even better than) the best that the anime industry has to offer.

Here is the video for your reference:

The credit for this video goes to Zimaut Animation. This is the first part of an ongoing series where Bruce Banner aka the Hulk squares off with Saitama in an epic battle to the death.

The second part of the video could be found here. Go on, we will wait till you finish watching.

Epic right? The animation and the action is truly spectacular to watch on screen. This was a treat to watch. Why can’t they do it like Zimaut Animation anymore?!?! 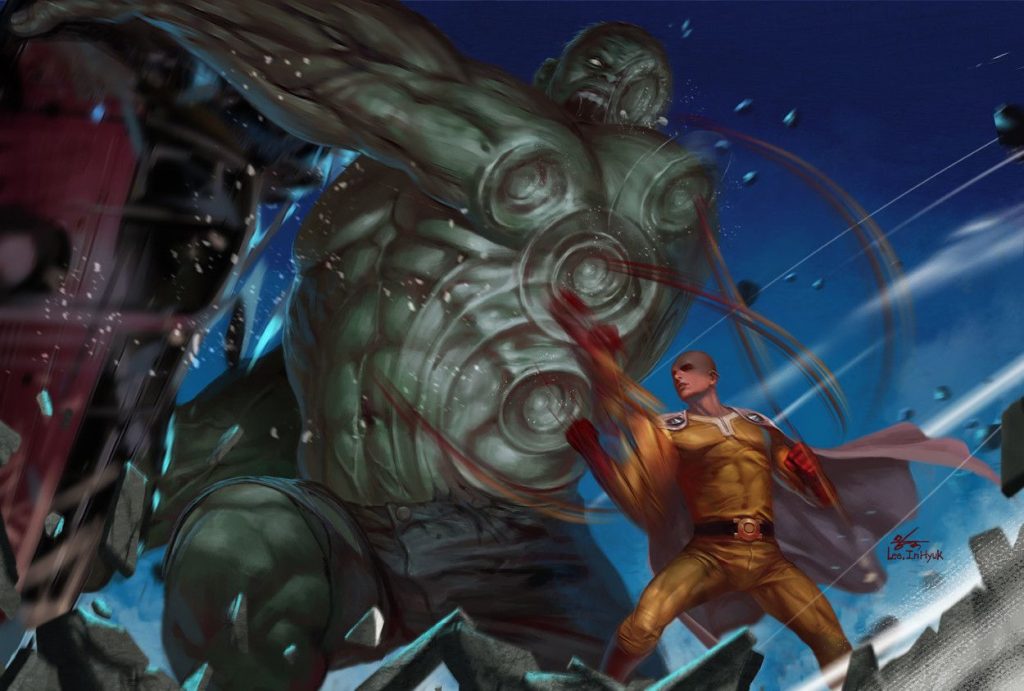 The second part of the video series shows the Hulk on the ground, reeling from the devastating injuries dealt to him by the One Punch Man.

Saitama watches as the Hulk dusts himself up, gets up, and powers his strength through rage – his signature ability. Things take a bit of a downturn for One punch Man, who is now left at the mercy of the Hulk’s fists.

That is before Saitama bounces back into the fight and turns the tide of the battle, evening out the odds.

Both the animation videos show a lot of blurry action akin to Naruto and Dragon Ball.

One punch Man and the Hulk find themselves being thrashed into nearby mountains and rocks, leaving craters huge enough to embarrass Super Saiyans. 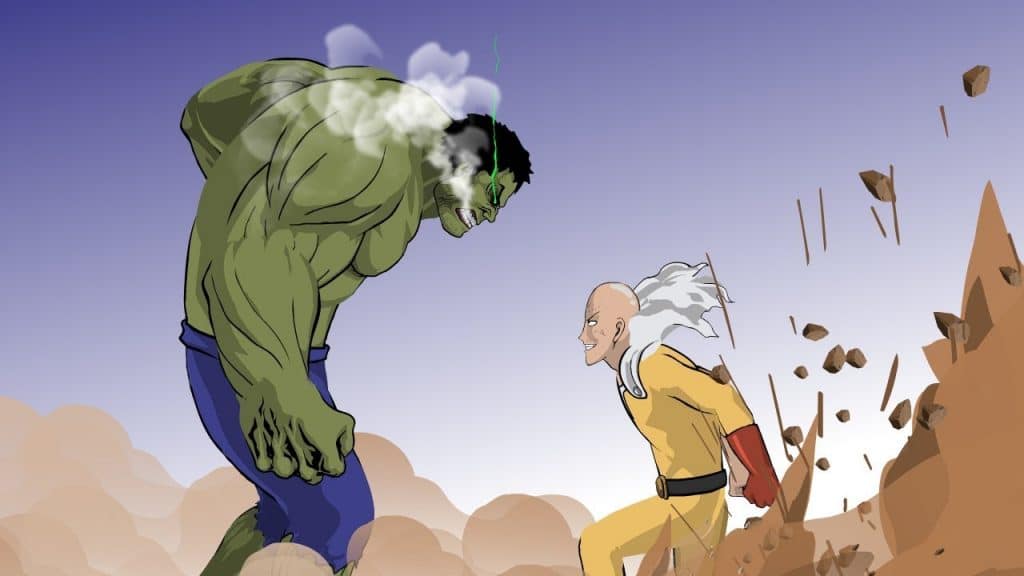 The battle ends in sort of a stalemate. The Hulk taps out before he could gain access to even more strength by tapping into his rage.

So maybe another video should do the trick. Or maybe Zimaut Animation wanted things to end this way. Ambiguity is the perfect conclusion.

Leave the audiences guessing. There would have been no better way to end this clash of the titans.