What If…? introduced the concept of fixed points in time giving much clarity to why Hulk’s second Snap in Avengers: Endgame was problematic. 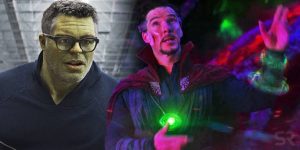 Despite the fact that the wicked Doctor Strange was restricted to his own parallel reality in What If…?, the episode finally addressed why Hulk’s Endgame snap was so tough to execute. In reality, the Disney+ show’s addition of fixed points in time added a fatal detail that rendered his original attempt impossible. It also explains why Black Widow will never return to the MCU.

What If…? Episode 4 revolves around the nexus event of Doctor Strange’s lover Christine Palmer (Rachel McAdams) being killed and the influence that would have on his magical destiny. It’s an intriguing premise that follows up on the Avengers killings in episode 3, in that it also addresses the fine line between heroism and emotionally fueled villainy, which can be easily tipped over by sadness. 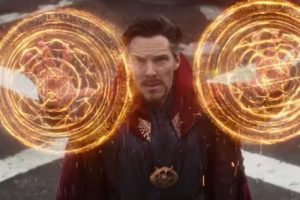 Of course, now that the concept of time travel has been presented, the episode provides an opportunity for Marvel to close a loophole as time travel allows whatever previous event to be undone eliminating all dramatic suspense.

The Ancient One defines “fixed points” in What If…? as events in time that cannot be modified due to their significance to subsequent events. Christine’s death resulted in Strange now being a Master of the Mystic Arts, which could not be undone and for the Hulk in Endgame, the fixed point he attempted to repair was bringing Natasha back to life after her death on Vormir and was unable to undo the catastrophe even with the Infinity Stones’ strength rendering the point fixed in time.

Hulk’s free will couldn’t overcome the temporal rule. He nearly killed himself in the process making the whole thing even more sad.

The writers of the MCU have mastered the art of rational retconning. Adding this adjustment to the time travel rules is another approach to serve the franchise’s broader narrative while also tying everything together in a more satisfying way. It’s also an excellent explanation for why the Stones were unable to bring Natasha back from the dead.