Zendaya, popularly known for her role in the Spider-man trilogy and Netflix’s show Euphoria, recently sat down with Andrew Garfield, her co-star from Spider-man No Way Home, to talk about Euphoria, the film industry as well as her experiences with the cast on the set of No Way Home. The conversation was part of Variety’s “Actors on Actors” and was presented by Apple TV+. At one point in the discussion, Zendaya talked about what it means to be a pop star and how she might never be one.

Even though the Euphoria star has had a music career in the past with songs such as ‘Replay’, ‘Neverland’ and ‘Something New’ as part of her discography. In fact, Zendaya started out her career by singing covers of pop stars such as Katy Perry as part of Kidz Bop in 2009. She was also part of Disney Channel’s Shake It Up in which she released songs such as ‘Something to Dance For’ and ‘Fashion Is My Kryptonite’. While Zendaya has released several other tracks as part of the soundtracks for The Greatest Showman and Euphoria, the actress seems to have no interest in becoming a pop star.

“I don’t know if I could ever be a pop star. It’s because as an actor, there’s a level of anonymity that I get to have, which I really like. And I get to sort my stuff, whatever that is, through a character and nobody needs to know about it. Whereas in other forms and other mediums, it’s all you all the time,” Zendaya stated during the discussion.

During the exchange, Andrew Garfield praised Zendaya’s performance as Rue in Euphoria stating that “it is one of the most remarkable things I’ve seen an actor do in recent memory,” and that he ” didn’t feel like there was any acting. It felt like you were living through something in such an authentic way.”

The Amazing Spider-Man actor also asked her how she took care of herself and ensured her personal well-being when her character was going through so much pain. Zendaya replied by saying, “It’s tough. And I thought what was actually quite sweet was when that episode did air, I did get a lot of messages from people checking in on me, which I appreciated.”

Andrew’s praise of Zendaya’s acting performance is a further testimony of Zendaya’s talent and fans would not be disappointed if Zendaya continues her career as an actress rather than a pop star considering that Zendaya herself seems to prefer the former since it allows her more privacy and anonymity.

Watch the full conversation between Zendaya and Andrew Garfield here:

Also Read: ‘It’s About Brotherhood’: Andrew Garfield Reveals He Caught Zendaya Not For Him, But For Tom Holland in No Way Home 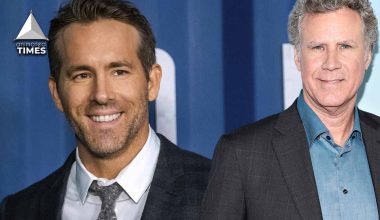 Read More
Ryan Reynolds usually has a good time marketing his movies, and this time, Will Ferrell joined in on… 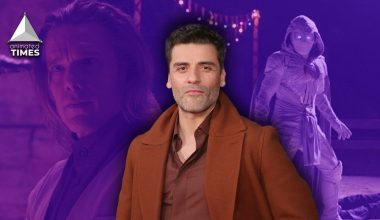 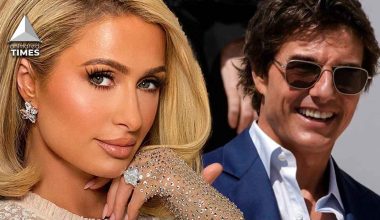 Read More
In a recent event, Paris Hilton posted a video on TikTok, unexpectedly with Tom Cruise. Many viewers are… 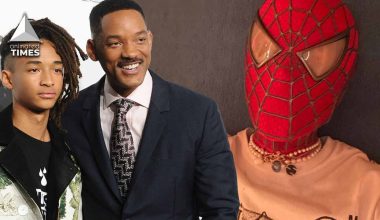 Read More
Will Smith has finally spoken about Jaden Smith being cast as Spider-Man. Now our readers might recollect that…