Emma Roberts has a lot of history, and she is keeping that hidden from her son. The actress is enjoying the experience of motherhood after the birth of her baby boy. She shares a son with her ex-boyfriend Garrett Hedlund. The former couple welcomed son Rhodes, 2, in December 2020. Roberts broke up with Hedlund last January after dating for almost three years.

The mother of one is very protective of her son and calls him the best thing of 2020. Even after suffering from endometriosis, a condition that causes intense period pain and can negatively impact fertility, she gave birth to Rhodes. The actress at the night premiere of her upcoming film Maybe I Do open up about her motherhood experience.

Read More: “It was the most awful moment…. Being stuck with you idiots”: Emma Roberts, Who’s Already on Thin Ice for Assaulting Boyfriend Evan Peters, Humiliates Reel Boyfriend in ‘Maybe I Do’

Emma Roberts opened up about motherhood and balancing it

Emma Roberts, on Tuesday night during her Maybe I Do film premiere, got candid and spoke about being a mother. She chatted about balancing being a mother a doing her job. The 31-year actress experienced motherhood in 2020 when she gave birth to her son Rhodes, 2. She shares the child with her ex-boyfriend Garrett Hedlund.

The American Horror Story actress called parenting difficult when juggling it with her career. She also understands the theory of moms being tired always. Roberts spoke admiringly of the mothers who do this work alone without help.

She said, “I just see it from such a different perspective now,” Roberts said. “I see how being a mom is a full-time job, so I see how for women who have full-time jobs and [are] full-time moms, it’s so hard and I have so much respect for them.”

The Holidate star calls herself lucky to have her mother by her side while handling her son. The actress is shielding her son from the cameras and social media life.

The We’re the Millers star in 2013 was alleged of domestic abuse on her then-boyfriend Evan Peters. The two were on a trip to Montreal, Canada. She was arrested for domestic violence when a fight between the couple broke out in the hotel room. The cops found Peters with a bloody nose and bite marks.

She didn’t face any charges and was shortly released. The ex-couple broke up in 2015 after an on-and-off relationship. Time has changed the About Fate actress. After becoming a mother, the 31-year-old has gone through a series of changes. This experience has been mostly eye-opening. Now the mother of one has another person who she needs to take care of and think about, her son. 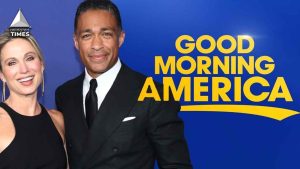 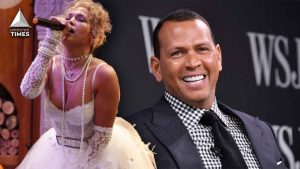