Johnny Depp and Amber Heard’s defamation trial was among the biggest highlights of 2022. And the two continued to remain in the news even after the verdict was passed in favor of Depp. The most notable speculation that followed was about Heard’s plight, especially on the professional end. She came out of the trial with a crushing debt of millions of dollars and literally no work prospects, except her Aquaman deal which also seemed in the doldrums. It was then that Joe Rogan was pranked into thinking that the 36-year-old had created an OnlyFans account and he was far from surprised.

During a podcast that aired after the Virginia court issued the June verdict for the Depp v Heard defamation case, Andrew Schulz subtly pranked Joe Rogan. The comedian mentioned nonchalantly, “Amber Heard started an OnlyFans. Did you see that?”

Rogan was quick to ask, “Did she really?” and pat came Andy’s response, which was “No.” The room burst with laughs but Rogan was seemingly dead serious. He reiterated, “I would believe it. I would believe anything.” While the rest of the people added that he’s probably starting a conspiracy theory.

Rogan was then asked for his opinion on the verdict, to which he replied,

“Well, I think it was probably good for all people who believe in the truth. You know, and there’s a lot of guys who wanted a guy to win one of these things.”

There were some affirmative ‘yeahs’ in unison and Rogan further explained,

“It’s not good to not be honest. If you’re doing that and you’re doing it to try to hurt someone. Like if you’re purposely changing reality. You’re lying about what happened just to try to hurt somebody. You’re doing a f*cked up thing because you’re pretending you’re a victim. So it’s not as simple as you’re just lying. You’re turning someone into a criminal. You’re pretending you’re a victim. If it’s all not true, it’s a really bad thing.”

Rogan’s feelings were echoed by millions of Depp fans.

Also Read: ‘She had a financial motive’: Johnny Depp Revealed Amber Heard Accused Him of Domestic Violence as She Knew The Law Favors Women, Destroyed His Life By Making Depp’s Addiction Public

Amber Heard’s financial plight in aftermath of the defamation trial

Amber Heard‘s expenses and debts became the subject of headlines soon after the verdict. She was mandated to pay the Pirates of the Caribbean star a total of $8.35 million, in addition to the donations she had previously promised while finalizing her divorce from the 56-year-old.

She even got in trouble with her insurance company which refused to pay the stipulated $8.35 million to Johnny Depp on behalf of Heard, or even pay her legal fees. The Drive Angry actress’s net worth dipped to a negative amount clearly reflecting the financial turmoil she was in.

There were even reports of her getting offers from an adult movie-making company that offered her a whopping $10 million. However, no further updates could be found for that thus making it a fluke but Heard creating an OnlyFans to raise the money she needed became a sparked-up debate. Therefore it is understandable why Rogan was so gullible about the subject. 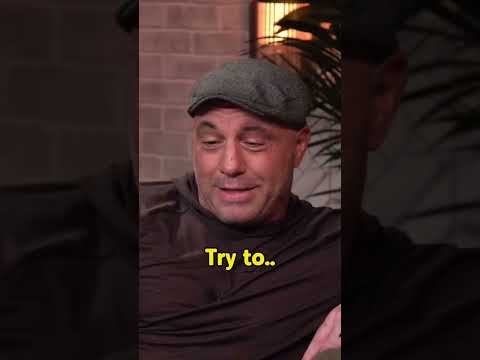 “If you ever make her uncomfortable, I’ll kill you”: Brad Pitt Threatened Harvey Weinstein After He Made Then Girlfriend Gwyneth Paltrow Uncomfortable

“I couldn’t remember if I had underwear on or not”: Salma Hayek Was Ready To Get Severe Head Trauma While Trying To Protect Her Modesty From Channing Tatum