Famed director, Antoine Fuqua has recently revealed that Idris Elba might be the next man to play James Bond.

This took place at the launch of his new business venture SoundFi, where Fuqua talked about a conversation he had with James Bond producer Barabara Broccoli regarding the next Bond film. He revealed that the producer feels that its about time for an actor of an ethnic background to play the role of the legendary spy. He even stated that this decision is not about an “if” but rather “when” will this happen.

Elba has had an impressive filmography which proves that he can do almost any role that’s given to him. Whether it’s a detective in Luther or a Demi-God Heimdall in Thor, or even playing Nelson Mandela in Long Walk to Freedom, he has never failed to prove his metal in Hollywood. And now, it seems like he might be next James Bond. 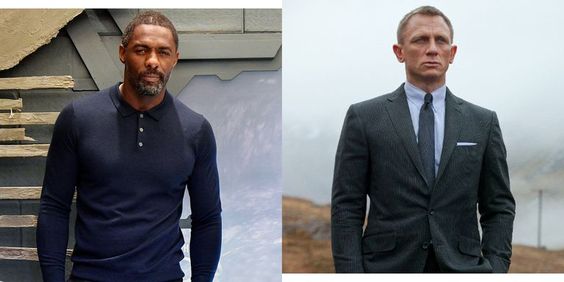 He even quoted Broccoli saying that its time and it will eventually happen. He then went on to hint that Idris Elba is currently being considered for the role and if he fits well in the Bond-esque shape, there will be no stopping him. Here’s what he said:

“Idris could do it if he was in shape. You need a guy with physically strong presence. Idris has that.”

If everything sets out right, we might get to see Elba playing the iconic role of James Bond.

However, the next Bond film, Bond 25 is already underway. The film is directed by Danny Boyle and written by John Hode. The film will see Daniel Craig putting back his spy shoes as 007 and the current rumours state that Helena Bonham Carter might play the villain in the film. MGM will be the domestic distributor of the film while Universal Pictures will handle its international distribution.

‘Kylie raised Stormi with such manners. Then there’s North West’: Kylie Jenner Reveals Why North West Is The Most Obnoxiously Arrogant Kardashian Kid, Yells At Media Because She’s A Star