With moviegoers flocking back to the cinemas in droves, all eyes are on the next batch of MCU flicks and the characters that will carry the series forward. Since the first Doctor Strange film was released five years ago, fans have been eager to see how the forthcoming Doctor Strange in the Multiverse of Madness will change things. While waiting for the sequel, fans may entertain themselves by imagining what Doctor Strange might have looked like if it had been filmed in the 1980s. Because the CGI and technical wizardry would be inferior, it would all come down to casting the proper mix of great actors to round out the characters. Fortunately, the 1980s had a plethora of outstanding thespians waiting in the wings. 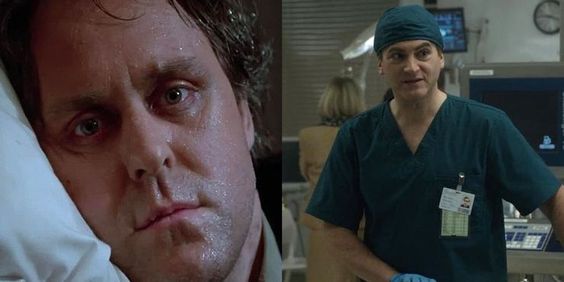 Nicodemus West was the physician who healed Strange’s hands after his injury in the comics. He also followed in his father’s footsteps, learning magic skills from the Ancient One before accidentally murdering cancer-stricken community advocate Reginald Pavlish. Nicodemus West was played in the 2016 film by Michael Stuhlbarg, but if the character had been chosen in the 1980s, John Lithgow would have been a lock. The question is whether he’d have consented to play a minor part in such a big picture, but Lithgow was notorious for appearing in everything that piqued his interest, so he’d have no doubt agreed. 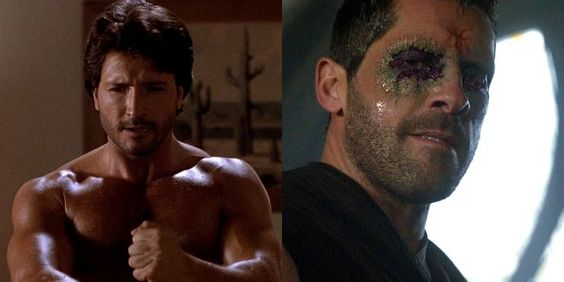 Scott Adkins, a seasoned martial arts action actor, was cast as Doctor Strange, largely because of his superb physique and frightening screen presence. There weren’t many performers in the 1980s who could carry off the physically demanding choreography that Adkins is known for. However, multiple black belter Jeff Speakman featured in a string of hard-hitting martial arts films that earned him a lot of acclaim, most notably 1991’s The Perfect Weapon. He’s the same height as Adkins at 6’2″, but if he wanted to play the part of Lucian, he’d have to harness some inner evil man in order to shed his benign demeanour. 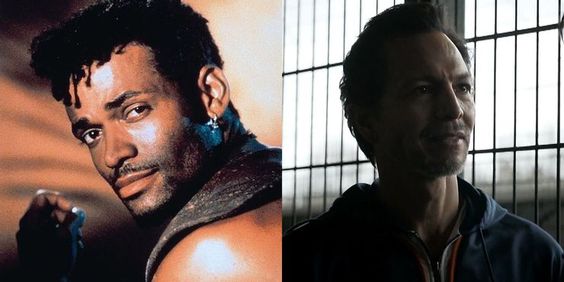 Benjamin Bratt is a wonderful everyman actor who generally finds himself in minor parts and side roles, which is where he shines the most. He can transition into almost any character with ease and confidence, which helps sell his portrayal as Jonathan Pangborn, the man who takes Strange to the Ancient One. Mario Van Peebles, who has played both a hero and a villain, is one such actor with a comparable skill set. He can easily transition into parts such as Pangborn and sell them with genuine realism. He is most known for his appearances in Exterminator 2, 21 Jump Street, and Jaws: The Revenge. 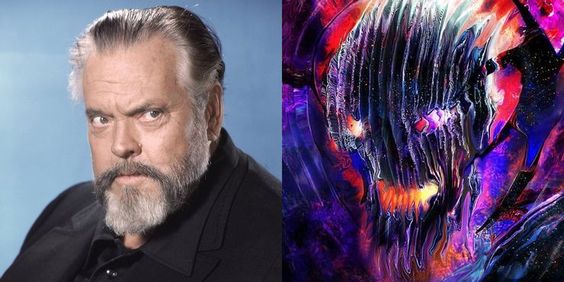 Dormammu, the famed comic book villain, made his big-screen debut in Doctor Strange, although he was a far different version of the comic book figure. Dormammu’s voice, while being a CGI construct, was a combination of two actors’ voices, one of which being Benedict Cumberbatch himself. Few voice performers in the 1980s would have had the depth and presence to carry off such a job, but Orson Welles would have been at the top of the list. His most well-known pop culture voiceover was in the cult film Transformers: The Movie in 1986, when he played the terrifying Unicorn in one of his final performances before passing away. 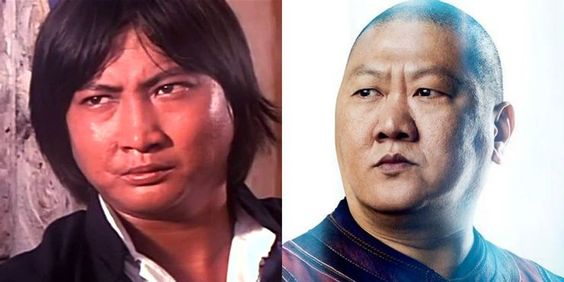 In the 2016 film, Benedict Wong was skillfully cast as Mystic Arts Master Wong, in part because he could seem serious and scary as well as simply funny when the scenario demanded it. He soon rose to become one of the most likeable and respected characters in the film. If the part was cast in the 1980s, it would require an actor with a similar range, and it’s difficult to picture anybody other than Sammo Hung. This martial arts performer is capable of playing both serious and tragic parts, such as Hung Chun-Nam in the action-packed Ip Man trilogy, as well as comedic ones in Jackie Chan films such as Wheels on Meals. 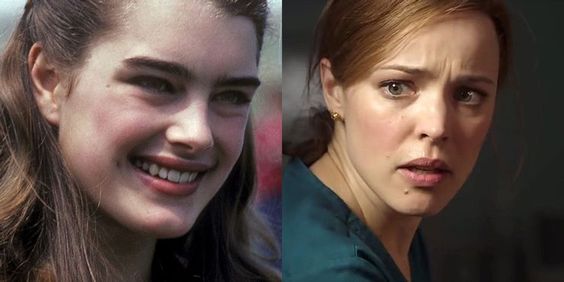 Brooke Shields was already a household figure in the 1980s, due in part to her iconic performance as Emmeline in the controversial Blue Lagoon. Shields is recognised for being quirky, engaging, and extroverted, traits shared by her Doctor Strange co-star Rachel McAdams. It would feel natural to swap these two actresses, and Shields would definitely do it with ease. Her age would be the only potential stumbling block. Shields was in her twenties in the 1980s, which meant she’d have a hard time passing herself off as a physician. As a result, she’d have to play her part as older than she is. 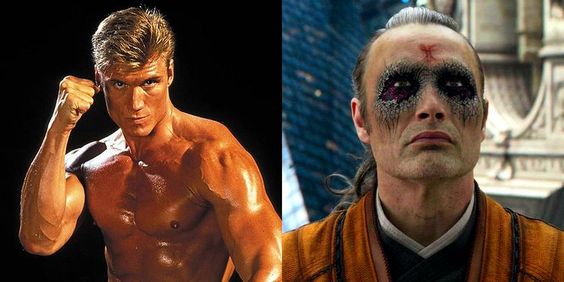 It may seem strange to cast such a massive pile of muscles as the rather regular-looking Kaecilius, but Dolph Lundgren would be a good fit. He rose to prominence in the 1980s with the filming of Rocky IV, in which he played the towering mountain known as Ivan Drago. Aside from the size disparity, Lundgren has those facial expressions that are mysterious, wicked, and scary all at the same time. He has the ability to portray imposing villains who say little and do a lot, which would have made him an excellent opponent. 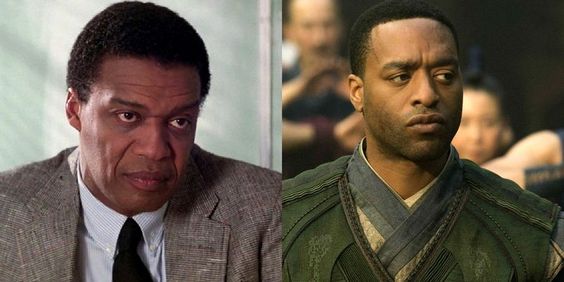 Bernie Casey, a former pro football player turned actor, has the size and class to embody Mordo’s role. This would-be future villain demands an actor who can stay understated while hinting at the danger of unravelling if his story and beliefs are destroyed. Casey appeared in three 007 films (Never Say Never Again, Casino Royale, and Quantum of Solace), but he’s best known as Mr. Ryan, the firm but fair history teacher in Bill & Ted’s Excellent Adventure. Even there, it’s clear to see how well he’d fit the part of Mordo.

2. The Ancient One (Helen Mirren): 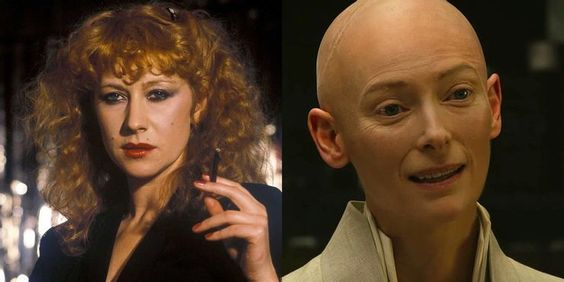 It’s unclear if renowned actress Helen Mirren would choose to shave her head or wear a hat for the part of the Ancient One, but she has the presence to pull it off. Mirren’s manner is both beautiful and forceful, and there’s a mystery in her eyes that might provide her with everything she needs to fill the part. Mirren was best known in the 1980s for her roles in the popular fantasy films Excalibur, 2010: The Year We Make Contact, and The Mosquito Coast. She has demonstrated a constant ability to attract the attention of viewers. She’d have all it takes to make this position her own. 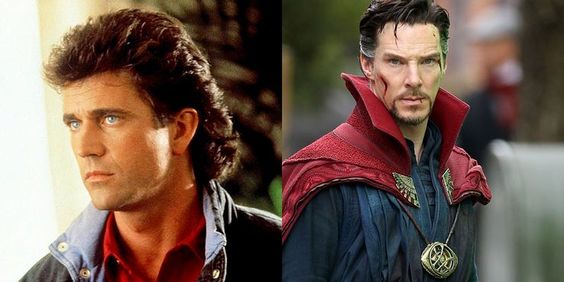 There are several prominent 80s actors that would have made excellent Doctor Strange, like Timothy Hutton and Harrison Ford, but one actor stands out above the rest: Mel Gibson. Not only did he have the gruffness shown in Lethal Weapon, but he could also handle humour with his infamous prankster attitude. Gibson had a variety of assets that would have aided in the sale of his reputation as a talented neurosurgeon. He would have given Strange the proper jadedness and nihilism that characterized the character after his accident. Plus, hearing Mel Gibson shout “Dormammu, I’ve come to negotiate” would have been legendary.

So yes, this is what If Doctor Strange Were Made In The 1980s, This Is What It Would Look Like. So if these actors had been in the cast of Doctor Strange if it was made in the 80s, the movie would have been mind-blowing, though not as cool as the 2016 cast, but would have been equally good. What do you guys think about these actors? Which among these is your favorite? Let us know in the comment section below. Until then, keep on reading Animated Times, the perfect place to get a closer look at the entertainment industry, upcoming movies, TV series, celebrity gossip, and much more. We’ll have you covered, and follow us on Instagram and Facebook for more.