The Weekend with his 2016 studio album ‘Starboy‘ grew into the mainstream. The insanely talented artist after over half a decade of presence turned into an overnight sensation globally. The Weekend has since then provided his fans with multiple chartbusters and is a major global star in the music industry, at the moment. In a similar genre of artists, Drake is a name to be reckoned with. A multiple Grammy winner, Drake has been in the game for over a decade. He is backed by numerous of his fans who support the singer at every step.

Having an army of fans cheer for you is a feeling only a few achieve. Both the Canadian artists’ (Drake and The Weekend) enjoy such stature at the moment. Only a few artists/bands have been able to garner fan followings anywhere close to what these two boast of. Among the few though, one undoubted inclusion would be the band, Pink Floyd.

Roger Waters, the frontman of the 1965 formed band, Pink Floyd. A legend in the music industry. Roger Waters has forever been at the center of controversies. In a recent interview, Waters said he’s “far, far more important” than Canadian crooners Drake and The Weeknd. The remark came about after The Weeknd’s Toronto concert received more media coverage than his. The Weekend’s  After Hours Till Dawn stadium kickstarted on the 8th of July, the same day as that of Roger Water’s show. “I have no idea what or who The Weeknd is because I don’t listen to much music,” Waters’ added, noting it “seemed off.” The Pink Floyd lead man further remarked, “People have told me he’s a big act. Well, good luck to him. I’ve got nothing against him.”

“And, by the way, with all due respect to The Weeknd or Drake or any of them. I am far, far, far more important than any of them will ever be, however many billions of streams they’ve got. There is stuff going on here that is fundamentally important to all of our lives.”

Who wins the battle of relevance?

The only industry that lives up to and often exceeds the stardom and fan following of the movies, is the music industry. With fans admiring singers and performers as godly figures and supporting them with all their minds and money. These musicians seldom overestimate their stature, grow too self-obsessed and go down a dark road leading to irrelevance. With one-hit wonders becoming a common phenomenon these days. It was simply odd to witness a legend’s remark on fellow artists’. An age gap is not the only considerable differentiating factor between Waters and the Canadians (Weekend and Drake). Their statistics too are quite ‘gapped’ from each other, with Waters averaging  550,000 monthly Spotify listeners. In comparison to Drake and Weekend’s 67 million and 75 million respectively. Additionally, Drake and The Weekend each boast 4 Grammys while Waters has one with his band, Pink Floyd.

Related: The Weeknd To Co-Write and Star In HBO Fiction Series

While Roger Waters, undoubtedly goes down as a legend with his band, Pink Floyd. The artist must realize as with everything in the world, music has evolved too. Artists, and songs among other things outperforming or growing do not take away from their individual/band’s legacy and fan count. 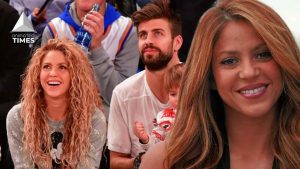