Warning: The article consists of major spoilers from the latest ‘Immortal Hulk # 49’ available at Marvel.

So, the most seismic saga, Immortal Hulk is concluding with its #49 issue that was just released at Marvel. The series is coming to a close, and Hulk must find his way back to Bruce Banner. The Jade Giant has already lost allies and he needs to find those who really care about him.

This can be said after the Avengers have clearly shown their feelings for Hulk in Al Ewing, Joe Bennett, Ruy Jose, Belardino Brabo, Paul Mounts, and VC’s Cory Petit’s Immortal Hulk #49. 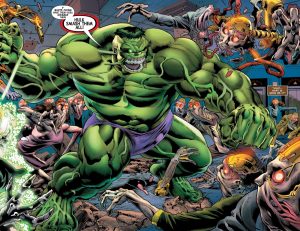 Hulk, She-Hulk, and Jackie McGee have been making their ascent to the Baxter Building where they want to meet up with Fantastic Four. Jen strongly believes that she can help Hulk find Bruce Banner as she has met The Thing. But while they are making their trek to the building they are interrupted by the Avengers and a fight ensues.

The mightiest heroes start beating up the Jade Giant without any apparent reason. The fight is cut short by Sue Storm’s forcefields. Though the violence had stopped there is no denying that the Avengers have clearly revealed their true feelings for Hulk.

The truth is that the Avengers have never really respected and accepted Hulk as part of their team. They have always blamed him for the rampage of cities in previous fights with supervillains. The heroes have never really trusted Hulk. But you can’t blame Hulk for this as he has always been a victim of manipulation.

In the Stan Lee and Jack Kirby classic Avengers #1, the Green Goliath was the victim of the Avenger aggression after he was wrongly framed by Loki for the destruction of the bridge. The truth was revealed, and Avengers accepted Hulk in their ranks. But the Jade Giant was again blamed by the Avengers and he had to walk from the team due to vicious plotting by Space Phantom. These attacks from Avengers on Hulk have only got worse over time. 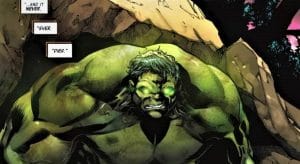 Another instance comes in 1984’s Incredible Hulk #300 by Bill Mantlo and Sal Buscema. Hulk was put in the interdimensional space by Doctor Strange after the immense destruction by the giant which was the result of the demon Nightmare controlling his mind. 20 years later in 2006’s Incredible Hulk #91 by Daniel Way and Juan Santacruz, Hulk was exiled by the Illuminati.

In this latest issue, the Avengers have just given concrete proof of their true feelings for the superhero.

Will Hulk find Bruce Banner? That remains to be seen in the final issue of this exciting saga. But once everything settles, Hulk must find some new friends who truly believe in him and want good things for him.