Is The Hulk truly Un-killable? The Immortal Hulk comic book series has proven that Hulk has a mystical aspect to his powers. And that makes him exactly his namesake – Immortal. But a few Marvel superheroes have come pretty close to defeating the Hulk. Wolverine and Thor have both clashed with the Hulk and have defeated the Jade Giant several times. Stories like World War Hulk and Planet Hulk prove that Bruce Banner is not absolutely invincible. He can be defeated. 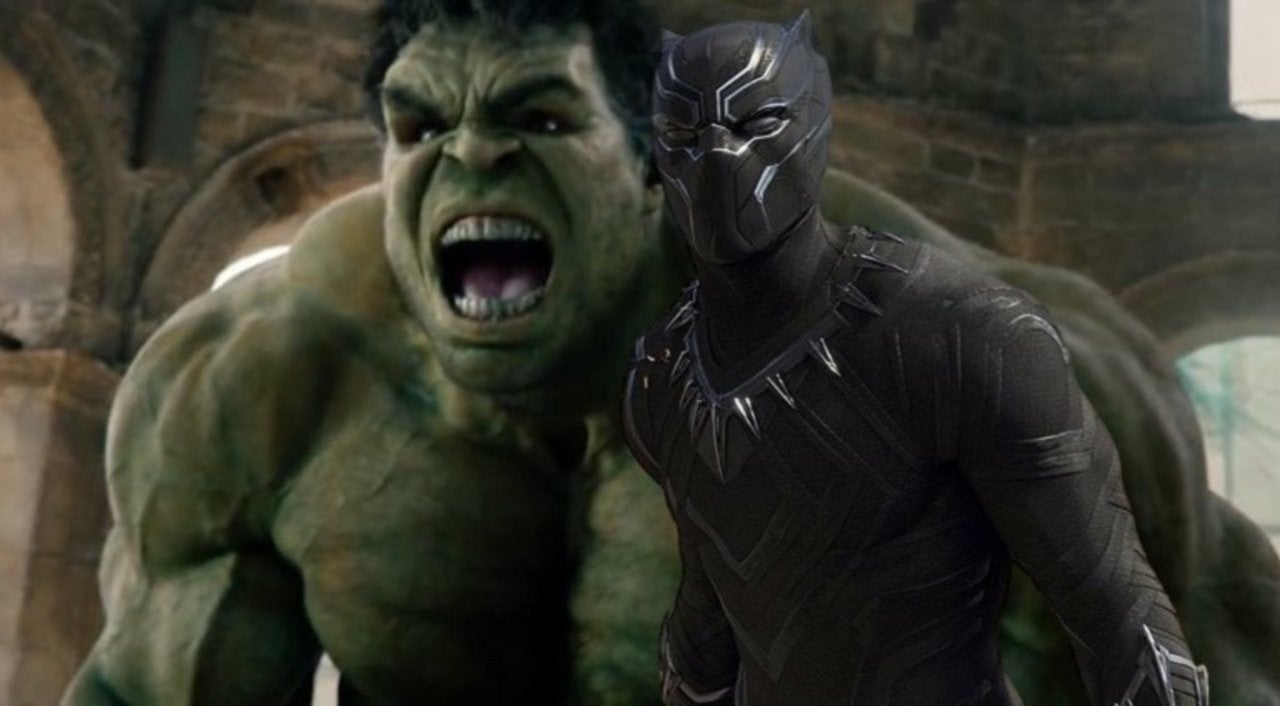 But the Hulk has managed to defeat even the greatest of threats, coming out on top time and time again. He has no equal in terms of raw brute strength. So who could the Hulk’s one true rival be? If Wolverine and Thor are out of the equation, who esle could Hulk be referring to? Is it Thanos or the Sentry? Or is it the Ghost Rider? Turns out, Hulk’s greatest enemy is neither of them. It’s Black Panther – King of Wakanda. 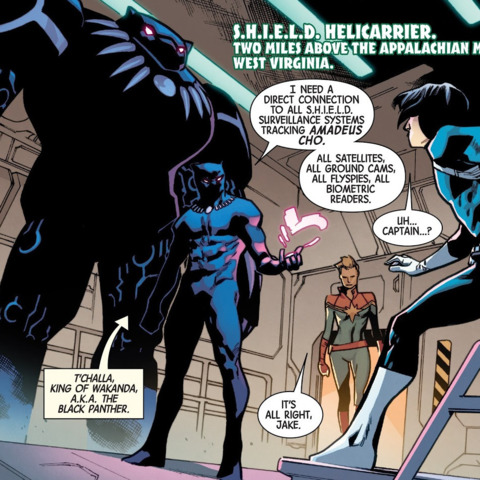 When Amadeus Cho became the new Totally Awesome Hulk back in 2016, Black Panther went to work. He created a Wakandan Hulkbuster armor that was ten times stronger than Iron Man’s Hulkbuster armor. But in case of the Immortal Hulk, T’Challa does not even need that. His Vibranium laced Black Panther suit is equipped with powerful technology fully capable of taking down the Hulk on its own. 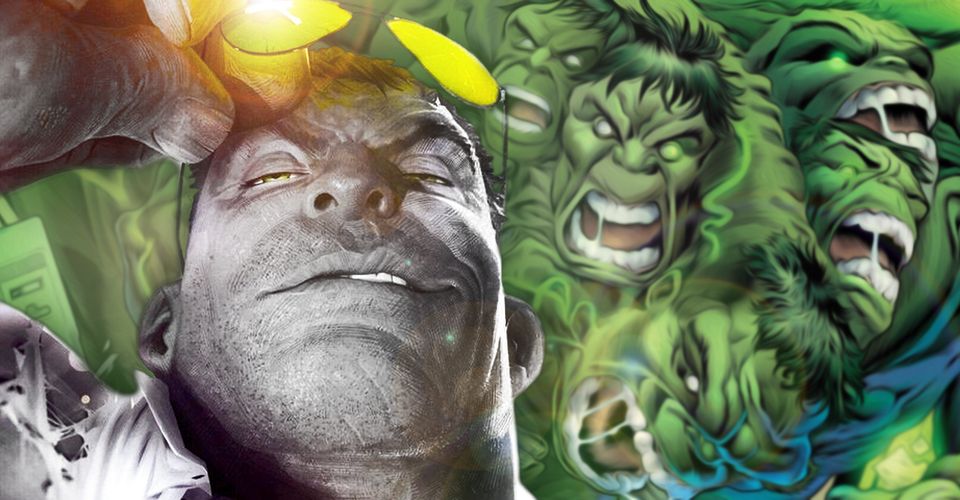 In Immortal Hulk #47, the Hulk is infecting the other Marvel heroes with his incredible rage. But Black Panther remains unaffected because of his high tech Black Panther suit. When the Hulk rampages through Manhattan, he faces the King of Wakanda in battle. Things soon take a turn for the worse for the Green Goliath. 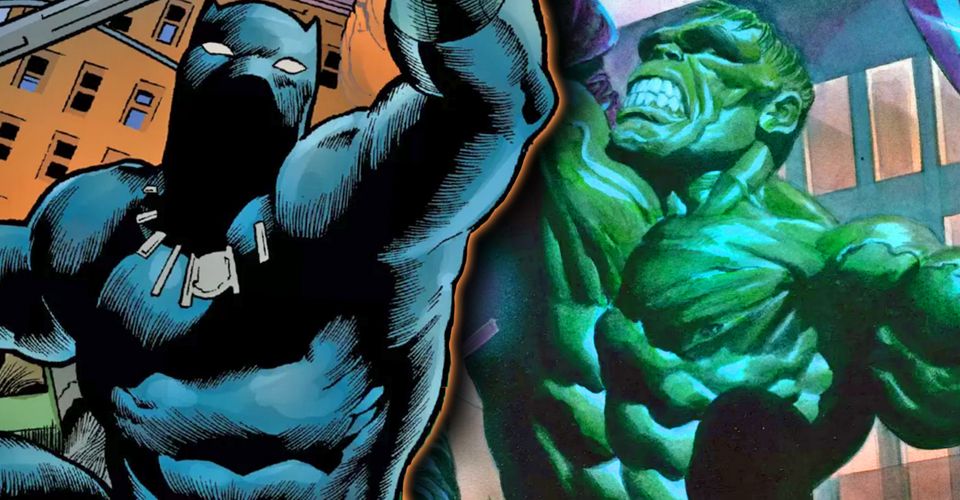 The persona driving the Hulk is Joe Fixit. And this makes the Hulk twice as powerful compared to his normal self. Joe Fixit almost kills the other heroes and is about to literally rip Thor into two when Black Panther intervenes. Using his kinetic energy infused Vibranium claws, Black Panther slices Hulk’s arm off before the latter could kill the God of Thunder. 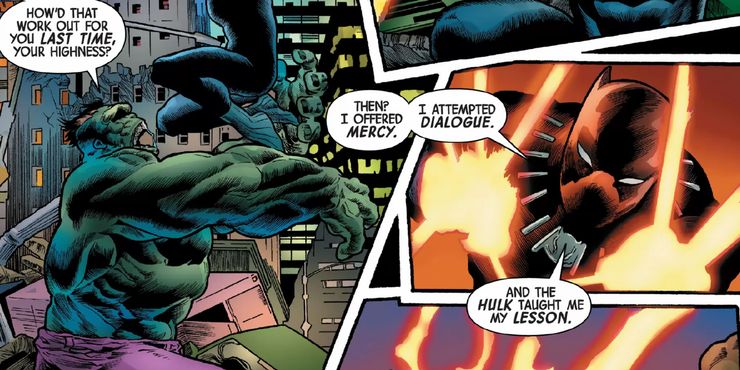 Hulk’s screams almost stop time as the other heroes look at the invincible giant almost about to be killed. What’s interesting is that there are at least half a dozen superheroes and the Canadian Gamma Flight superhero team in the battlefield. But Black Panther was so incisive and strategic that he singularly focused on the Hulk. The Hulk and his allies never managed to even touch T’Challa, who used his agility and speed to minimize damage. 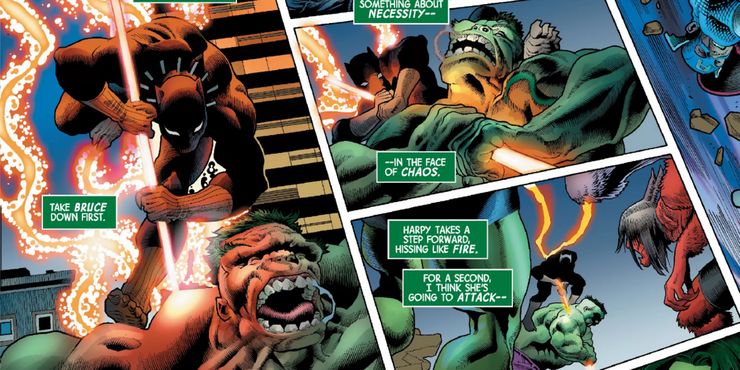 The Black Panther then goes on to use a flaming Wakandan Vibranium spear to end Hulk once and for all. But She-Hulk manages to distract him with a Thunder Clap and teleports along with the Hulk to a safe location. No hero ever has come this close to defeating the Immortal Hulk – considered to be the Green Goliath’s strongest incarnation ever.