By the conclusion of Star Wars: The Last Jedi, it seemed as if there were only two powerful Force users in the galaxy: Rey and Kylo Ren. Of course, attentive fans know that there are also the six knights of Ren and the Force sensitive Maz Kanata and Leia Organa. There’s also the so-called Broom Boy on Canto emerging as a potential kyber crystal in the rough. But even then, it’s a miniscule number.

Contrary to the above facts, Marvel’s Star Wars comics suggest that anyone could be a potential Force user. This adds an exciting twist to the franchise. We must remember that Luke Skywalker’s first lesson to Rey was. He said that the Force was in everyone and everything, and that the Jedi were wrong in trying to hoard it for themselves. Lets see if this is true or not:

Leia Tells Poe That The Force Is In Him Too

The very first evidence comes from the 2018’s Star Wars: Poe Cameron #26. The scene in question is right after the ending of The Last Jedi. The three protagonists exchange tales and Poe talks of a miraculous result of a battle which Rey observes makes the experience sound a lot like the Force at work. While Poe dismisses it, saying he doesn’t think that he has the Force. Leia interrupts then to say that:

“Of course you have the Force, Poe. We all do. It’s life’s music, the song we make.”

Kylo Ren is able to sense Finn’s inner turmoil during the attack on Jakku village in The Force Awakens. But this moment went unremarked by the audience. It’s very easy to dismiss this as Kylo reacting to a stormtrooper freezing up in the midst of a battle.

But Star Wars: Age of Resistance- Finn #1, hammers in the fact that Kylo could sense the young Stormtroopers thoughts. This is similar to how he knows what Rey or Leia are thinking. This is an unsual connection between a Force user and an ordinary person.

Obviously, not everyone is able to levitate objects or read minds. But in a universe where being Force sensitive separates people into good and bad, things might have become more democratic with the revelation that everyone is indeed force sensitive.

To understand the Force better, click on the video below: 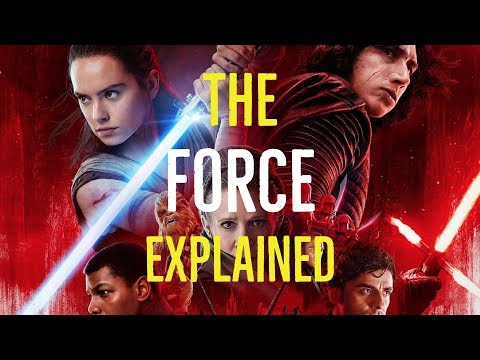