Indiana Jones 5 will takes us into another ride with the famed archeologist. What will Indiana jones uncover next? What powerful artifacts could become the focus of the next movie? Here are our top picks.

The Club Of Dagda 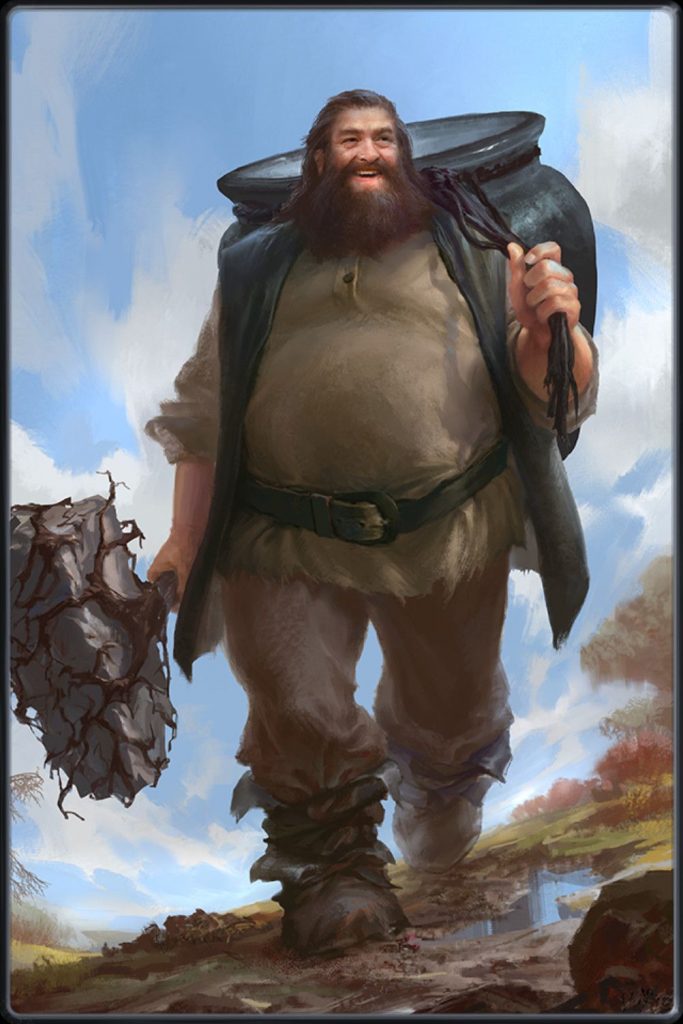 Celtic Gods have never been the focus of new age Hollywood movies. Indiana jones 5 could see Indy exploring this source of untapped mythology. The Club of Dagda belonged to the Celtic God Dagda. Dagda or Daghdha was a prominent member of the Tuatha De Danann, a race of supernatural beings in Irish Mythology. Dagda’s club had power over life and death. It was said one swing of the club could create Earthquakes that could sink an entire mountain. It also had the supernatural power to control time and the seasons. 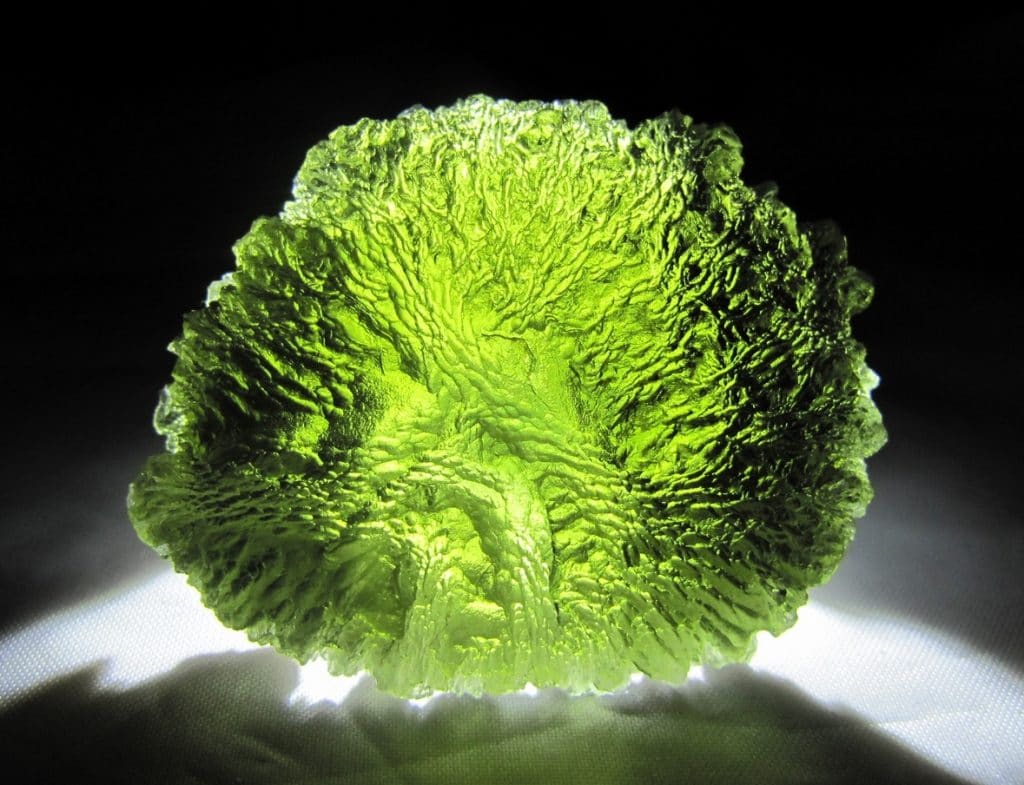 While many know of The Philosopher’s Stone, most are unaware of the fact that it was an ancient mythical legend from the corners of Asia that inspired it. The Cintamani Stone is the precursor to the Philosopher’s Stone. The Stone is said to be a lost relic of Lord Buddha and has Godlike powers. The Cintamani Stone can reportedly grant any wish the wielder desires. The stone has never had any solid proof of existence despite it being mentioned in various South East Asian Legends. Maybe Indy could get lucky in Indiana Jones 5 and find this wish granting stone.

The Book Of Thoth 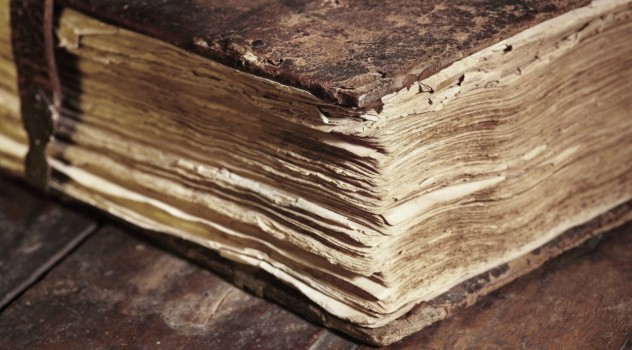 The Book Of Thoth is an Ancient Artifact from Egyptian Mythology. It has scores of spells in its pages but the two that are most talked about are a spell to understand animals and a spell to communicate directly with the Gods. The Book Of Thoth is like the Judas Chalice. To find it, one must go through a series of tests. failing even one test would lead to instant death. The last two owners of the books – two forgotten Egyptian prince’s met humiliating and painful deaths after reading the pages of the Book. So there might be a catch to this artifact. It kind of gives Ark Of The Covenant vibes.

The Staff Of The Monkey King 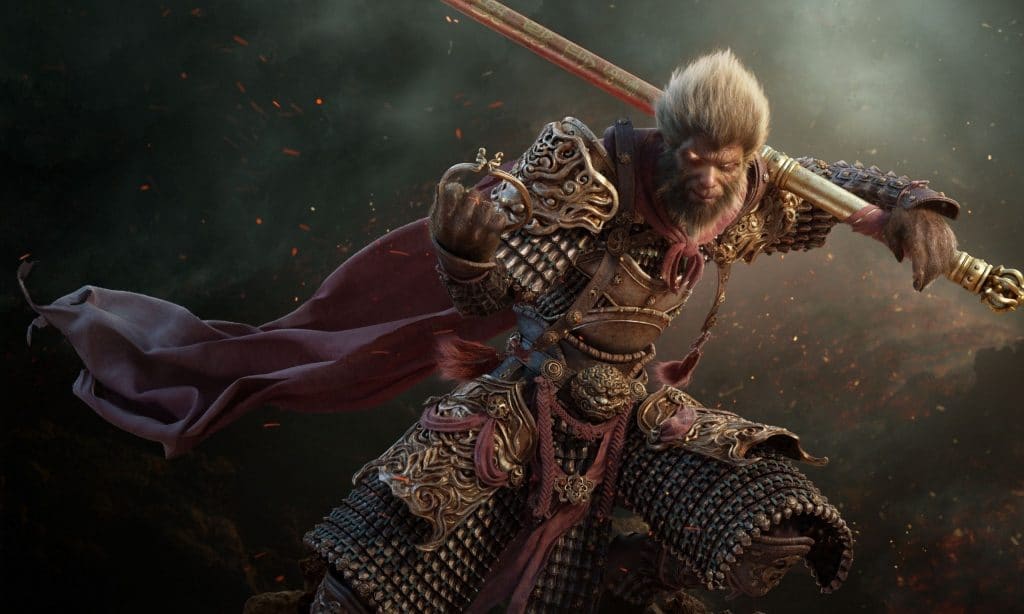 The Staff of the Monkey King was a magical size changing staff belonging to the mythical Monkey King Sun Wukong. Gifted by the Dragon king and Dragon Queen, Sun Wukong used the staff to conquer the Five Elements Mountain and rule all over the world. The staff, like many other artifacts on this list, grants invulnerability and immortality. Legend has it that the Monkey King will return to take his staff and protect the world in its hour of need. 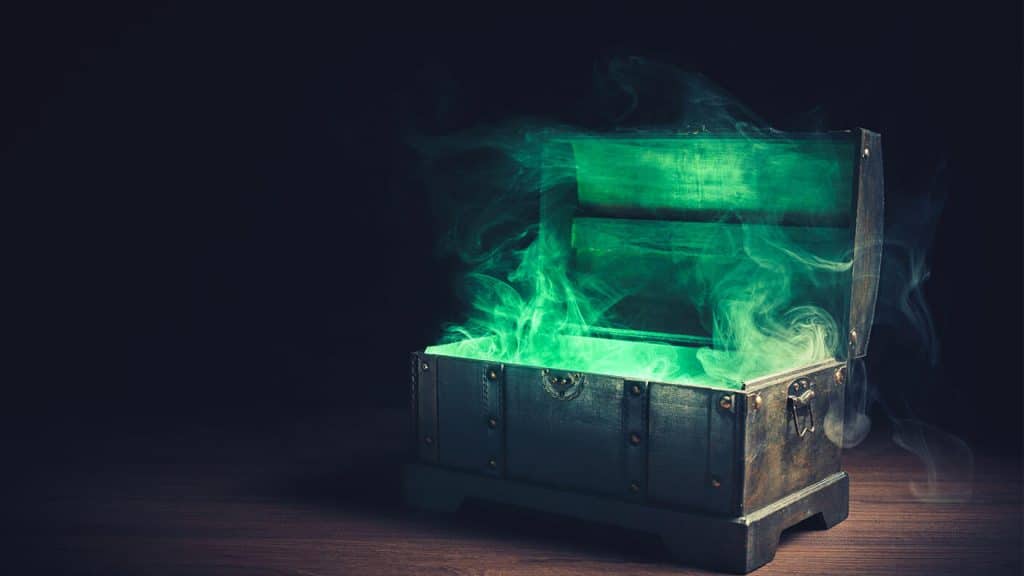 In Greek Mythology, Pandora was the first woman created on earth. the Gods created her out of earth and water. Each God and Goddess gave her a gift. One of the many gifts she received was a jar. This jar contained all the evil in the world locked inside with strict instructions to never open it. Pandora’s curious nature led her to open the box anyway and evil clutched humanity in its grasp. all that was left inside the box was hope. the story of the jar soon mutated into the Pandora’s Box and the rest is history. Pandora’s box status as a weapon of ultimate destruction could not be ignored. And it is fairly popular as an artifact so there’s a high chance we might see it in Indiana Jones 5 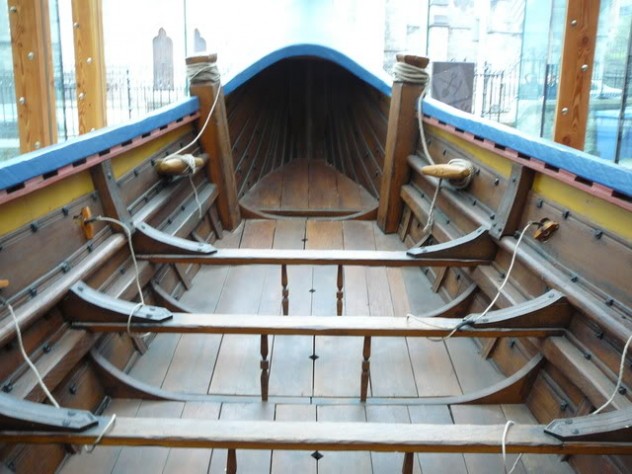 If you have read Argonautica by Apollonius of Rhodes, you might know where we are headed. The Argo was the ship that was used by Jason and his Argonauts to search for the Golden Fleece of Colchis. The ship was under the personal protection of the Goddess Hera and was indestructible. The timber used to make the ship was taken from the woods of the Forest of Dodona. It was considered by many to be a highly advanced ship. Who is to say the technology used in the Argo isn’t well ahead even by today’s standards? 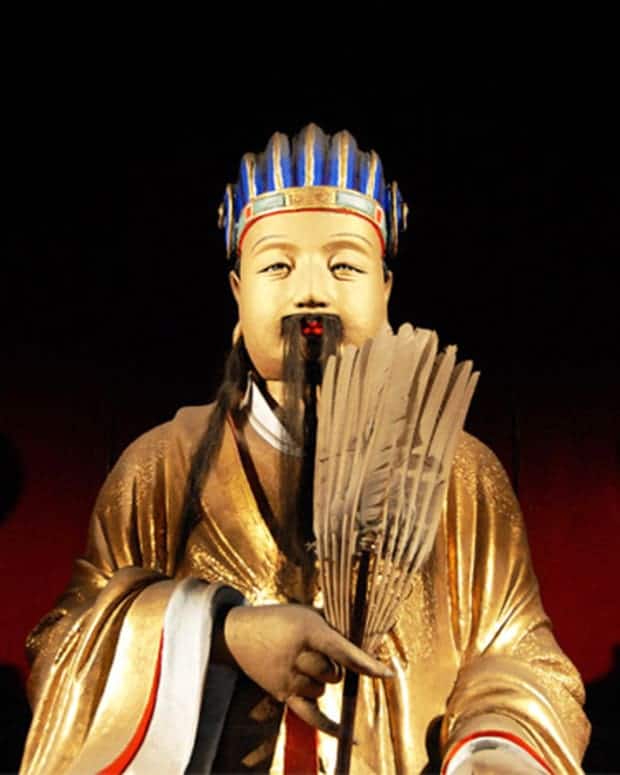 The Bajiao Shan is a weapon in ancient Chinese mythology. The name literally translates to the Banana Leaf Fan. Do not let its odd name fool you. It is an armament even the greatest nations would do anything to possess. The Bajiao Shan can control the weather. One single flap from its fan could generate devastating cyclones and vanquish even the most powerful of storms. In legends, it is an artifact used by the legendary Princess Of The Iron Fan. Indiana Jones could be headed to the Orient and an artifact like the Bajiao Shan could be a worthy MacGuffin for focus.

Related: Video Games Being Planned To Get Movie Adaptations 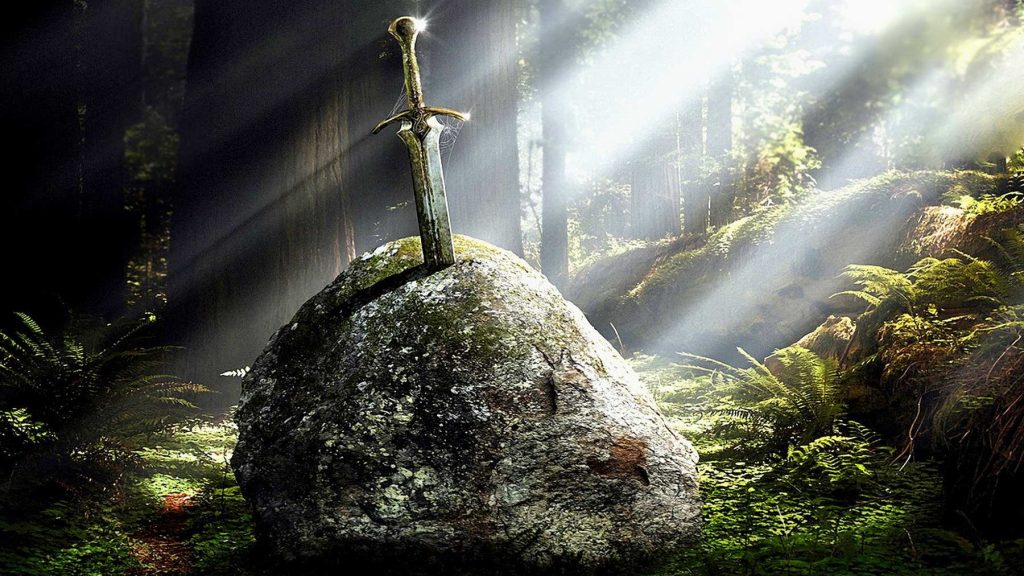 If the focus of Indiana Jones 5 is ancient legends, no legend comes close to that of the Sword In The Stone. There are so many things old Arthurian tales could show us if explored in the next Indiana Jones movie. The mythical sword is supposedly enchanted by powerful magic and was gifted to King Arthur by The Lady of The Lake. The sword supposedly grants immortality, an impossible level of charisma and knowledge of ancient magic. In some legends, it also has the power to summon spirits to fight on your behalf.

The Apple Of Eris 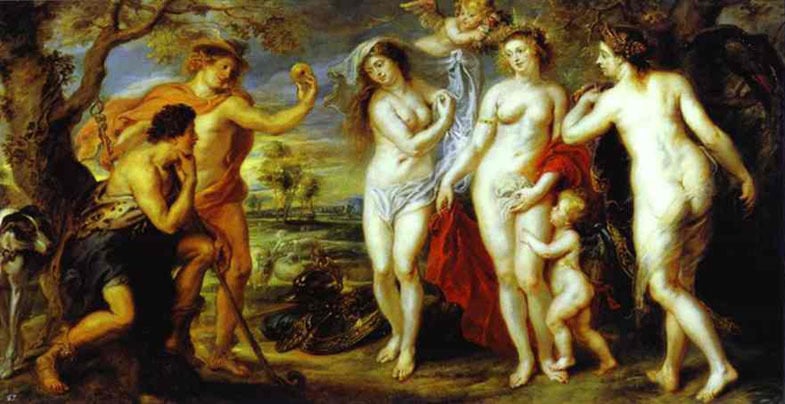 The Apple of Eris is the ultimate weapon of the Greek Goddess Eris, the Goddess of Chaos and Strife. And as you can derive from its creator, it is a weapon of mass destruction. The Apple of Eris is otherwise known as the Golden apple of Discord. The apple was used by the Goddess to literally make the entire Greek Pantheon go to war against each other. Legend has it that the artifact can induce emotions of intense Godlike hatred. Imagine what a suicidal megalomaniac could do with this weapon. It could be World War 3!!

While it does have a soothing name, the abilities it grants are not to be taken lightly. The Mead of poetry is from the Norse Mythology. After the Norse Gods made peace after centuries of war, they decided to spit into a jar. They didn’t want to waste their spit (yeah) so they turned the jar of spit into a living being named Kvasir. Kvasir had the knowledge of all the Gods. There was no question in the nine realms he did not know the answer to. His knowledge was envied by two dwarves, who killed him and mixed his blood with honey mead. The enchanted mead grants anyone who drinks it infinite knowledge. 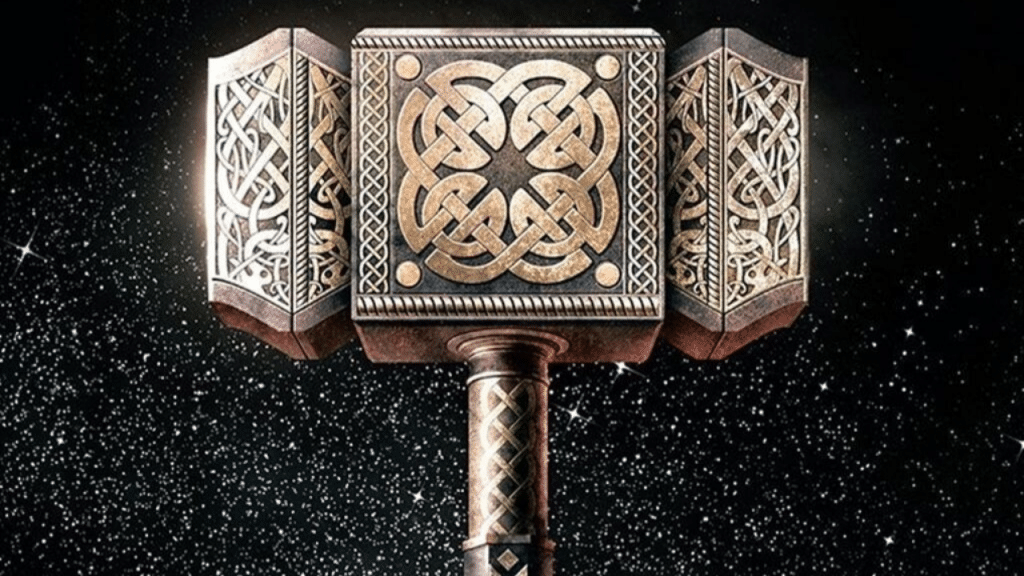 Of course with all the rage that is the Marvel Cinematic Universe, how could we have not included this in this list. Thor’s hammer can control storms, create thunder and lighting, open portals, and grants the wielder the power of a God. In Norse Mythology, the hammer was created by two dwarves after Loki cut of Sif’s hair. The magic hammer is the stiff of true legends and is widely regarded as the greatest Norse mythological artifact. This could be a good way for Indiana Jones 5 to enter into extinct religions. The Vikings truly cooked up some pretty good mythological stew.