The Infinity Gauntlet made its first appearance in the Marvel Cinematic Universe in Thor. It could be seen in Odin’s vault, and fans had no problem in guessing what it was. But none of us guessed where it would lead.

Well now we know, and, so does that half of the MCU that Thanos snapped out of existence. You might think that Thanos is the most dangerous character with his use of the Infinity Gauntlet, but as is with the Marvel Universe, he is not the only one. There have been many heroes and villains(and anti-heroes) who have used the Infinity Gauntlet. We came up with a list of 7 of these characters we felt were stronger than Thanos if they had access to the Gauntlet. 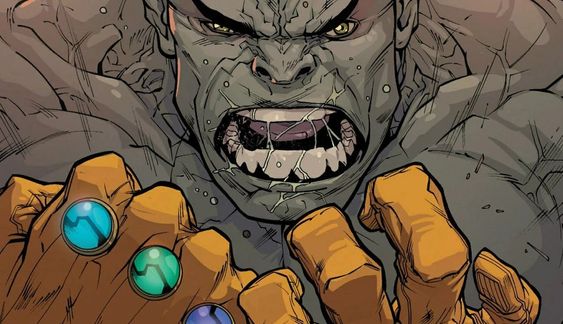 After escaping punishment, Hulk is seeking vengeance against the Ultimates. Whatever they do to Hulk, he just reverses it with the Gauntlets. They finally end up melting him and are able to defeat him when he reforms with only one Gauntlet on his hands.

In a four-part miniseries where Thanos plans to kill a large portion of the universe(no surprises here), Peter Parker wields the Infinity Gauntlet. Thanos loses his Gauntlet while fighting a doombot and our friendly neighbourhood Spider-Man is able to get his hands on it.

His ability and aptitude of using the Infinity Gauntlet are seen when he proceeds to undo all the damage Thanos caused. He also shows that with great power comes great responsibility and relinquishes the Gauntlet despite its many temptations of omnipotence. Unfortunately, he also ends up wiping the memory of his heroics from the minds of everyone. 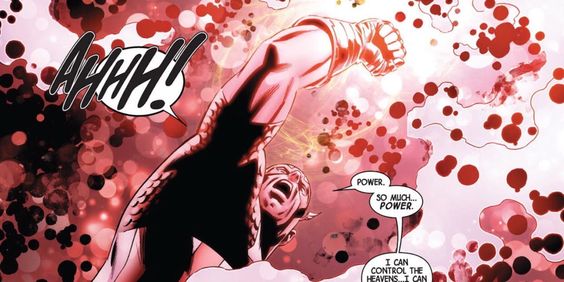 In the events that led to the multiversal collapse that would lead to the events of Time Runs Out and Secret Wars, the Illuminati had been trying a lot of different methods to prevent the collision of all the worlds. Several members of the elite and secret organisation were entrusted with one Infinity Stone each. As a last resort, they decided to use the Stones to prevent the collapse.

Steve Rogers was given the responsibility to use the Gauntlet and reverse an incursion. He was successful in achieving his objective but apart from the Time Stone, all other Stones got destroyed. The Time Stone simply vanished. 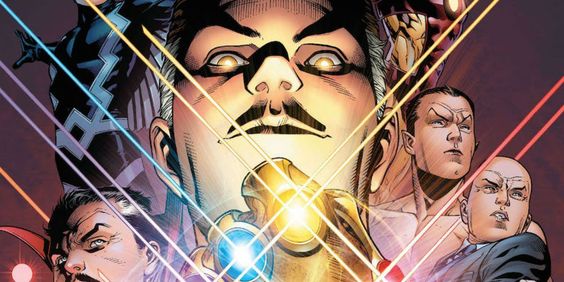 In 2012, Reed Richards of the main 616 Universe was introduced to the Council of Reeds. Here, a few of the Reeds were seen wielding Gauntlets. However, the main Reed tried to destroy the Gauntlet’s power.

Reed Richards ultimately failed to will the Infinity Stones out of existence using the Infinity Gauntlet. The power caused too big a conflict within him and he was unable to see his objective through. 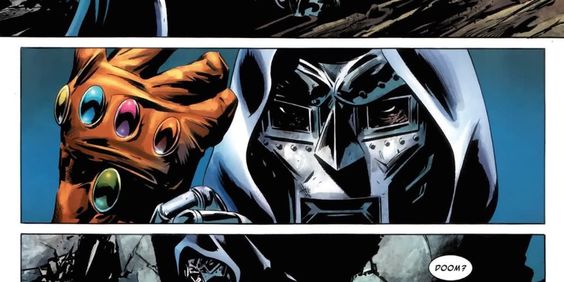 After what seemed like he had died in battle, the ruler of Latveria wakes up in the former citadel of the Council of Reeds. Doom retrieves two Gauntlets from the rubble and raises an army comprising the many versions of him from across the multiverse who had been kept lobotomized and prisoners under the citadel. 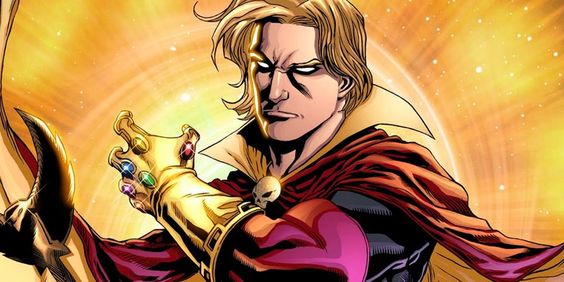 Adam Warlock’s power is aligned with the Soul Stone. He had managed to transfer himself into the Soul Stone which was in Nebula’s possession. Through his influence from inside the Gauntlet, Adam Warlock is able to reach out to others and help in removing the Gauntlet from Nebula.

The influence and power over the Gauntlet through the stones held by Adam Warlock has been seen in no one else before or since then. Unfortunately for Adam, the Living Tribunal gives him a choice to either relinquish his power or lose it forever. 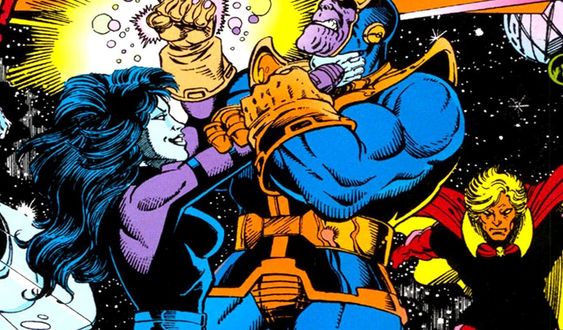 When Thanos first achieved full control and power over the Infinity Gauntlet he tortured Nebula a lot. He made Nebula into a walking corpse who was constantly in pain.

Once he was done terrorising the Universe and end several characters, he became a part of the cosmos, leaving his physical body behind. Somehow, Nebula’s shambling body retrieved the Gauntlet from Thanos’ abandoned corpse. She then proceeded to restore herself to her former self and bring her own brand of vengeance upon the universe. However, as we have already seen earlier, Adam Warlock managed to stop her.