Infinity War saw Thanos succeeding in fulfilling his dream of attaining all six Infinity stones and wiping out half the existence of the Marvel Cinematic Universe. And now we know as how the Soul Stone worked under Thanos’ care as he went out achieving his objective.

Many leaks have surfaced online from Infinity War recently from ‘The art of the movie ‘ concept art. One particular leak sees the villain using the Soul Stone in the battle on planet Titan, trying to push out the souls from the bodies of his opponents. 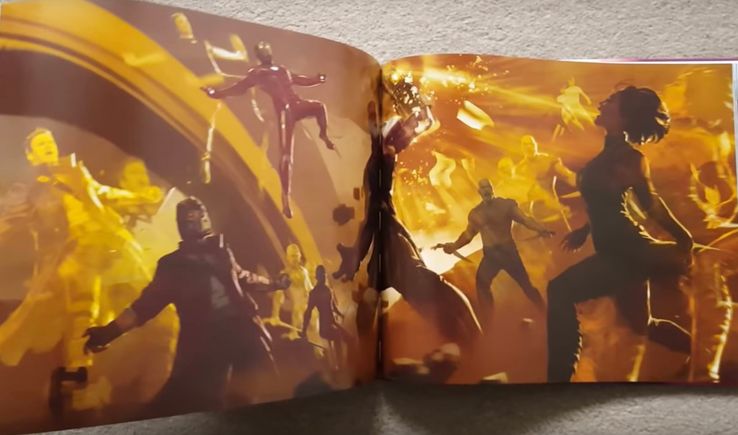 The page features Star-Lord, Mantis, Iron Man, Drax and Nebula’s souls trying to be extracted by Thanos. What’s surprising here is that the shots featuring Iron Man and Star-Lord actually show their souls being removed, leaving their tech behind.

This does indicatetheatresen Thanos finally snapped at the end of the film, it kickstarts the process of removing souls from half the universe, thus allowing their human form to fade away.

Avengers 4 will hit the theaters on May 3.