There’s a terrible cost for the act of balancing the universe and that’s exactly what Thanos had to pay. After he snapped his fingers that resulted in the wiping out of half the universe’s population, his left arm got injured while the Infinity Gauntlet broke. One might argue that the Gauntlet could be easily fixed but according to film creators, that’s not the case.

The Russo brothers took to this question from a fan on Twitter who asked them if Thanos would be able to heal the damage caused to him from the snap just like he easily healed from Thor’s Stormbreaker attack. The answer is, maybe not. “There’s a price to pay for using the power of Infinity Stones,” the directors said. 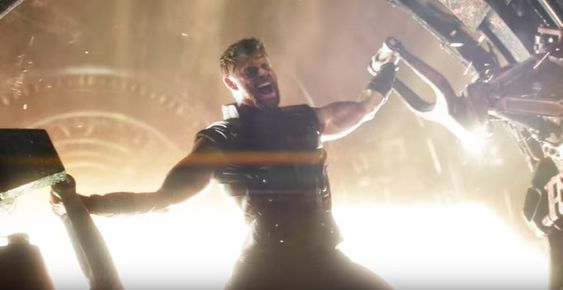 This shouldn’t come as a surpraise as most of us already know that each Infinity Stone had a price, specifically the Soul Stone for which Thanos had to sacrifice his daughter Gamora. The directors went on to explain that even if Thanos uses the Infinity Stones to fix his Gauntlet and heal his arm, the damage that he sustained is permanent. Joe Russo mentioned the same during the commentary track of Infinity War.

Obviously, the damage could be more emotional than physical as right after the snap, Thanos is sent into the Soul Stone where he speaks with a younger Gamora. He even admits that the cost of fulfilling his “dream” was everything. While many fans interpreted this as Gamora living inside the Soul Stone, Joe Russo clarified it by saying that it was just a spiritual representation which was meant to illustrate Thanos’ guilt.

“The power that it took Thanos to click his fingers, he’s so dramatic that if you look closely at the film and the damage of the gauntlet,” Russo said. “You look closely at the very last scene, it damages his arm dramatically. And that moment when he clicks his fingers sends him into this ethereal plan inside of the Soul Stone where as part of his quote unquote hero’s journey in the film, he has one last moment to convey a sense of guilt about what he’s done. It illustrates what a complicated character he is. So, to clarify, it’s a spiritual representation of her and obviously that’s something that the Soul Stone has power to do. But really, it’s there to illustrate his pain and his guilt. I wouldn’t read much more into it beyond that.”

Even if the damage is permanent, it doesn’t mean an end of the world for Thanos. The Infinity Stones are still unharmed, which is a clear indication, as mentioned by many fans that Time Stone can come in handy for Avengers to travel to a time before the snap.

Do you think Thanos would be able to heal himself? Let us know in the comments below.