Avengers: Infinity War left us all shocked as it ended with the deaths of almost half of the Avengers team. The plot focused more on the back-story of Thanos and his quest to obtain all the Infinity Stones. The directors and writers got all these characters blending easily with the storyline. Among all the heroes and villains we saw in Infinity War, there are a couple of characters who were missing.

Yes, we’re talking about Hawkeye and Valkyrie here. Since the film was already too stuffed with a complicated plot and numerous characters, the directors had to bench some of the characters. The ending of the film left us all shocked and masterfully opened the gates for other characters like Ant-Man, Hawkeye, Valkyrie and Captain Marvel to step in. 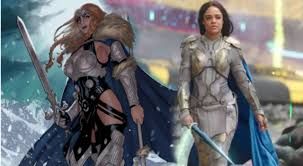 Valkyrie, played by Tessa Thompson was one of the characters that did not appear onscreen in Infinity War. Many fans wondered about her absence and demanded a valid explanation for it. However, she is speculated to return in Avengers 4 along with Korg (Remember Ragnrarok). Director Joe Russo and Screenwriter Stephen Markus revealed some interesting insights about the future of these characters in the Infinity War commentary track. They said: 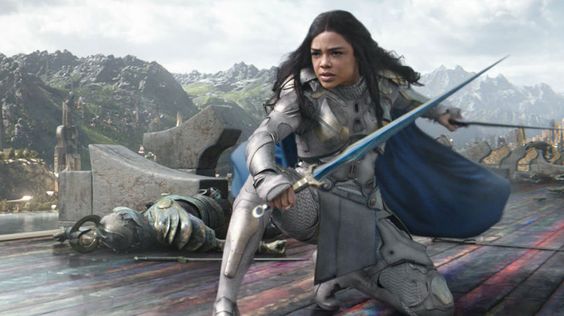 “McFeely – I think we should say that several Asgardians have escaped.

Joe Russo – Several Asgardians have escaped. I have gone on record saying Valkyrie has escaped with some of the Asgardians.

Markus – All I can say is pray for Korg.”

It’s obvious that Valkyrie will have a significant role in the next film and they will even indulge with the opening scene of Infinity War which seemed incomplete. However, what Stephen Markus had to say about Korg sounds really disheartening as Korg was loved by all in Waititi’s Thor: Ragnarok and imagining him to die in Avengers 4 will definitely make a true Marvel fan sad. According to Russo, it is speculated that Korg will not really die but will get disintegrated in Avengers 4. Watching this scene right in the beginning of the film will definitely make the fans a little sorrowful.