Infinity War is undoubtedly the biggest film of 2018 as it turned out to be a huge semi-finale for the ongoing third phase of MCU. With more than 40 characters in the film, the film saw the backstory of Thanos and his dream to attain all Infinity Stones. Infinity War even explored his dysfunctional relationship with his daughter, Gamora. We always knew that an enemy like Thanos is on his way, who would eventually unleash death on Earth and our team of mighty heroes.

The end of the film saw Thanos succeeding in his achieving all Infinity Stones as he wiped out half the population by a simple snap of the fingers. It’s now clear that currently, nobody in the entire MCU is mighty enough to take down The Mad Titan. I mean, Odin is dead, Hela was destroyed in Ragnarok while The Ancient One died during the battle against Doramammu’s minions.

After Odin and Ancient One, the job of handling cosmic things in Phase 3 came down to Thor and Doctor Strange. These two characters play an important role in the battle against Thanos in Infinity War. The film saw a dark turnover of events which ultimately led to the defeat of our heroes. But what if all that happened in Infinity War was just a part of a big scheme?

Obviously we can’t see the future but someone in Infinity War did. Yes, it was Doctor Strange. Strange is capable of traveling across timelines as he was the one in possession of the Time Stone. However many fans wondered why didn’t he use this power in the battle against Thanos? Here’s why. 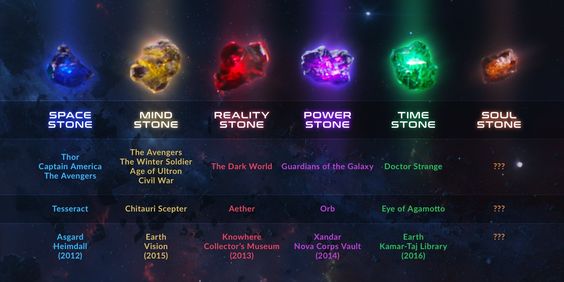 Strange did use the Stone to go forward in time where he saw 14 million different futures. However Time Stone is capable of a lot more than just this. Strange had to maintain a balance between the various forces of nature as he cannot manipulate the laws of nature as such actions can possibly have their own consequences. This argument does make sense but if one compares the prospects of his/her personal consequences against the lives of billions of innocent people, one would be expected to save the universe than bothering about the possible outcomes or consequences. A hero should always be ready to face these consequences and that’s exactly what makes them special.

Apparently Strange did all he could to save the universe but what made not use his biggest weapon in the battle? The answer is simple. Strange went forward in time and ultimately chose to stay to the current timeline. He saw what Star Lord would do in the future and he saw Thanos winning in all the possibilities except one. This is why he allowed things to happen because it was an endgame for all. Doctor Strange checked all possibilities and chose to do what he did in the film because that was the only way to bring Thanos down.