So this theory is about why Thanos’ Infinity Gauntlet broke and it will drive you crazy! Yes, this theory has come out as the most interesting one yet and before we start I’d like to give Reddit user LoL-Guru the credit for studying so many minute details from the movie and coming up with this theory.

Okay, coming back to it. Remember the scene where Thanos addressed Doctor Strange by saying, “You never used your greatest weapon?” Obviously Thanos was referring to the Time Stone here and how, or rather why Strange didn’t use the Stone against Thanos. Well, yes this was surprising. Why didn’t he use the Stone against him and try once more to take the glove off him?

Now let me take you back to the Doctor Strange movie where even with the power to slow or reverse time, foes successfully ignored the Stone’s effects. For example, Kaecilius. This might be why Thanos acquired the Power Stone first so that he could bypass the power of Time Stone.

Strange understood this and after seeing a lot of various futures, he decided to formulate a different plan. We saw Strange handing over the Stone to Thanos in exchange of Stark’s life and we can derive two elements out of this particular scene: 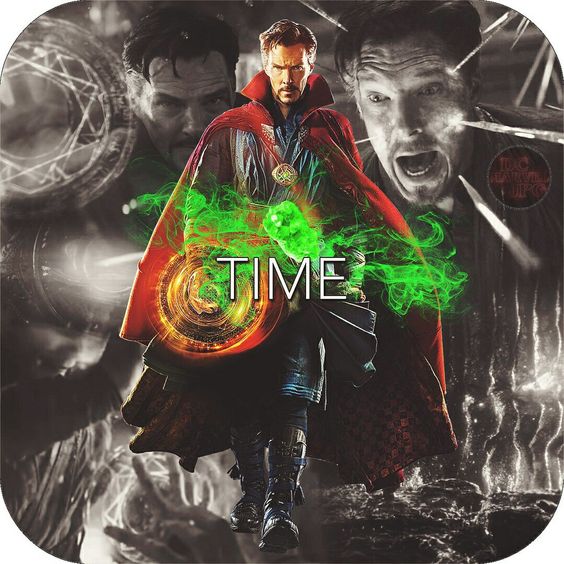 One, the stone is glowing. Remember, the stone only glows when it’s power is being used.
Two, Thanos doesn’t grasp the stone physically. He handles it by its green aura.

Okay, before we go ahead I’d like to remind you the powers of each stone. Soul Stone can only be acquired in exchange of a soul. Space Stone houses itself within a four dimensional cube. Mind Stone has and can create consciousness (Like Vision). Reality Stone can take both solid and liquid form. Power Stone is so powerful that it can destroy anyone who even touches it. The user goes on to say that the time stone can be possibly sent through time all by itself; moving backward or forward. The easiest way to keep Thanos away is to send the stone forward in time where he can’t get it. The only problem here is that Thanos is an immortal and he can wait for it.

The reason why the Stone is glowing is because it’s actually traveling back in time from the future itself. Hence rather than hiding the Stone in future, Strange gave it to Thanos so that the leftover Avengers can go on to finish the stone after which everything would return to its present time. Okay, I’ll try to uncomplicate it out for you.

Right now, we’re assuming that Stone can travel through time and not space, which means that Stone appeared on Titan after Thanos snapped his fingers on Earth. This explains why Tony survived because he’s the only one smart enough to figure that out when the Time Stone presents itself on Thanos and then study the Stone to unlock the Quantum Realm. This is why Thanos’ Gauntlet broke after the snap because Thanos used the Stone from a reality where the Avengers had already won and sent it back in time.

This paradox of using a stone from an exclusive reality resulted in the breaking of the Gauntlet. This should enable the leftover Avengers to counter attack on him considering that he’s weaker than usual after the Gauntlet broke. LoL-Guru even revealed in his theory that the scene where Tony Stark removed his glasses in the Infinity War trailer with Wong and Doctor Strange behind him could be a scene from Avengers 4 where Stark is probably retracing his steps.

Also, the scene in the trailer where we see Hulk running with the rest of Avengers might also be from Avengers 4 where they have gone back in time again to face Thanos and his army in Wakanda. To sum it all up, it seems like Doctor Strange was successful in using his “greatest weapon” and it wasn’t certainly the way Thanos would’ve imagined it. Well, this theory looks fresh and interesting and I really hope that this helps the heroes in saving the day in Avengers 4.