Amazon Prime is all set to start working on its animated adaptation of Robert Kirkman, Cory Walker, and Ryan Ottley’s Invincible. A comic book series by Image Comics; it follows Mark Grayson’s journey as he learns more about the origins of his powers and follows his father’s footsteps to become the strongest hero on Earth.

Like any superhero, Invincible also battles some ruthless villains. Here’s a list of them, which fans are hoping to see in the upcoming adaptation. Keep in mind, the writers have left out several iconic foes for the live-action film that is also in development.

Dinosaurus is probably the most interesting character in the series. A scientific genius, by the name of David Anders, he’s a social activist, ready to do anything to protect the planet, even if it means eliminating half its life force. Funnily enough, he briefly plays Invincible’s ally. The two work together, while Grayson is constantly tempering with Anders’ extremist methods.

Dinosaurus is a unique villain and has much to offer to the plot.

From the very beginning, comic book houses have reworked each other’s heroes and villains to produce characters of their own. Paying homage to Marvel’s Serpent Society, Image Comics created Lizard Leauge. Comprising of characters like Iguana, Salamander, Komodo and armies of henchmen, they are a recurring threat in the series, strong enough to eliminate some of Invincible’s allies.

It’s a good idea to add a dangerous earth terrorist into the mix of villains for the animated adaptation, most of which contains outer space villains.

Furnace is a minor villain who pops in the Invincible series. Besides his occasional collaborations with the Order, not much is known about the orig ins and identity of Furnace. He’s lost to Invincible in all his encounters and his distraught acts somewhat as comedic relief, making him likeable despite his sociopathic tendencies.

Being a fairly untapped character, fans hope to see the living magma and learn more about him in the animated series. 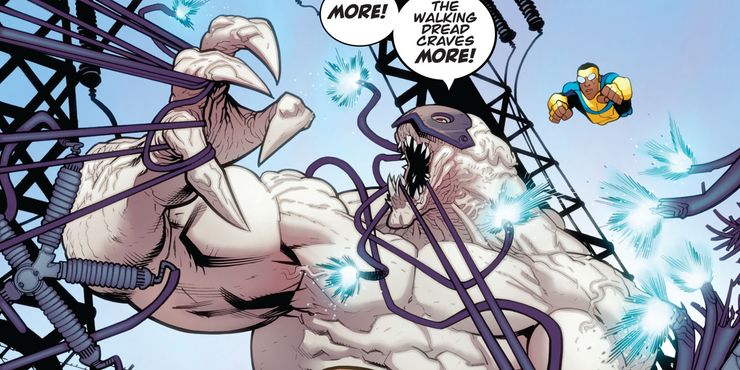 With a teen protagonist with particular tastes in pop culture, and Kirkman’s jokes at his own previous works led to the popularity of Image Comics, due to its familiarity. The Walking Dread is one such reference from the hit zombie series, “The Walking Dead.”

The Walking Dread is a powerful foe but has made only minor appearances. 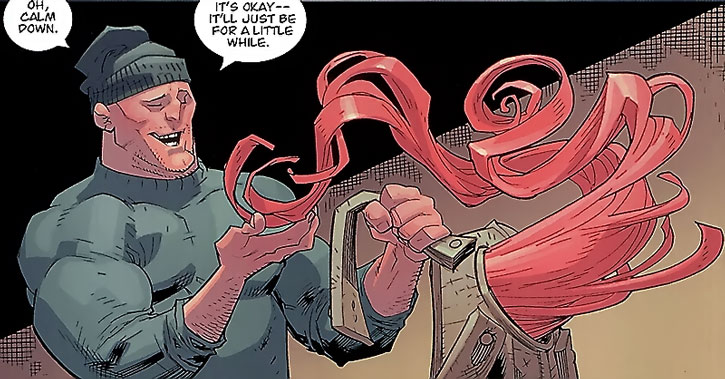 Like Furnace, Tether and Magmaniac are also allies of the Order. The two have partnered with a symbiotic alien, which is the source of their superhuman strength. The bond between the tethers and the alien has resulted in them becoming formidable foes, with great strength and a harsh temperament.

The show is the perfect opportunity to delve deeper into the connection between these two and the alien as well as the personal lives of the two partners in crime, giving their characters more depth and appeal.

Octoboss an extremely powerful foe, is an exiled inter-planetary monster, who leads the Squidmen. They steal technology and radioactive material, in their attempt to return home. After the bitter defeat at the hands of Invincible, Octoboss is rescued by Multi-Paul and is subsequently recruited into the Order.

Gifted with immense strength, Octoboss is definitely an asset to the Order and fans hope to see his involvement in the criminal organization in the future. 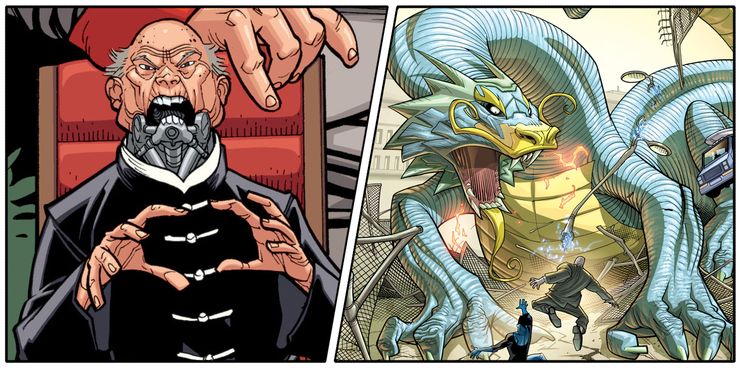 One of the founders of the Order, Mister Liu makes several appearances in the series. He’s given cybernetic enhancements to enhance his life to avoid the release of the dragon trapped inside him.

Liu can tap into the power of the dragon during battles, which will make an excellent addition to the plot of the series.

Volcanikka is the powerful creator of the Magmanites and plans to invade the surface world. The comics don’t explore the character much, except when she transforms Doc Seismic and one more minor appearance.

The animated adaptation is a great opportunity to explore her character is more depth as well.

Invincible and his father Omni Man, both belonged to the planet Viltrum, home to powerful warriors and planetary conquerors. After the death of Argall, the planet broke into a series of civil wars, which involved both Mark and his father as well. The race led by Thragg killed the weaker beings on the planet and turned to more ruthless means of survival.

The animated series is predicted to venture into this storyline and further development by featuring Allen the Alien of the Coalition of Planets. 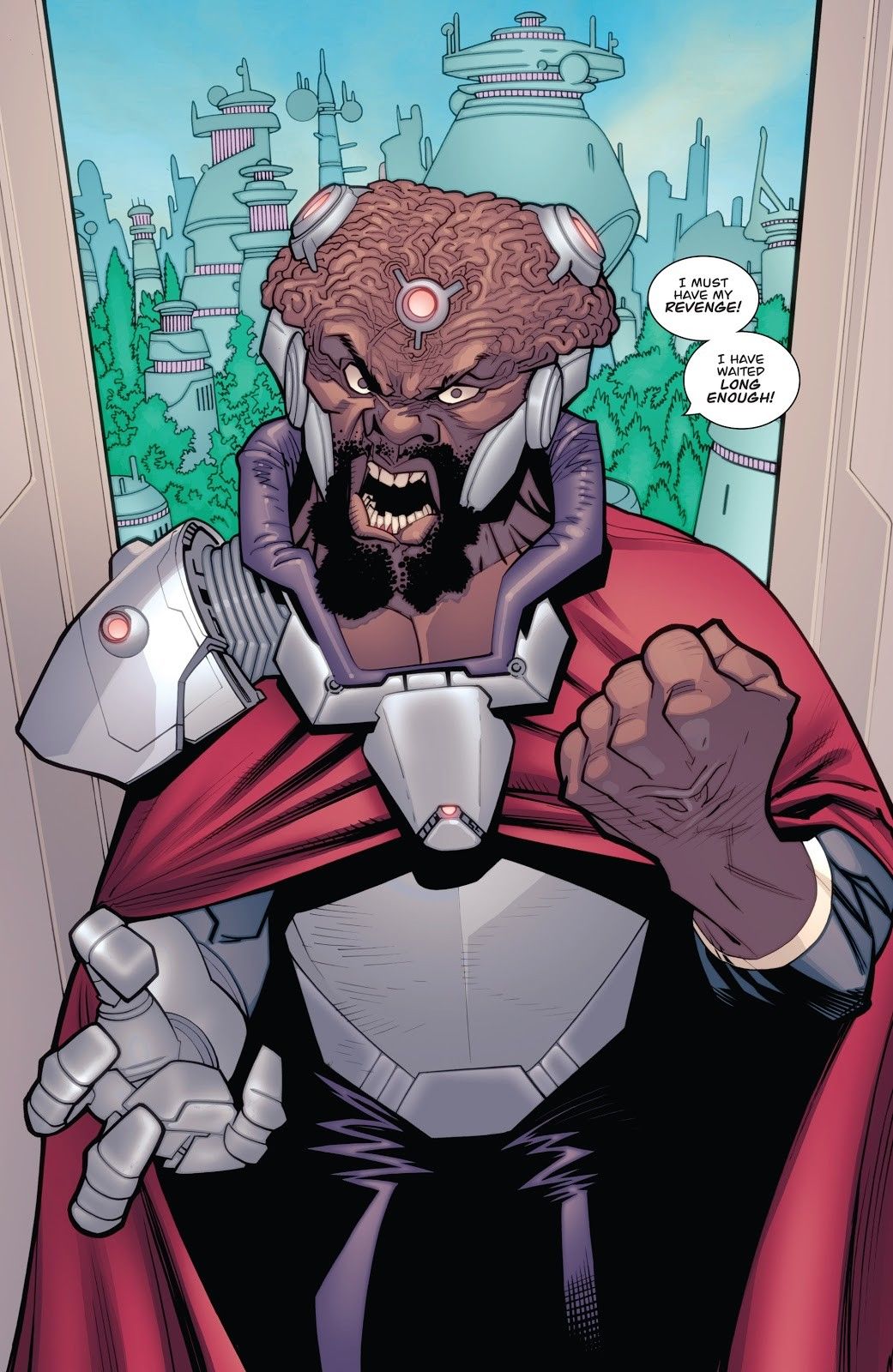 Angstrom Levy is the most dangerous villain in the series. He embarks on a mission, hoping to find the secret to Invincible’s strength using his dimension-hopping portals.

Unfortunately, he is absent from the animated adaptation. However, fans are hopeful this is because he will play a major role in the plot development of the live-action film, as he should. It will be interesting to see the portrayal of the deadliest villain on the big screen.