It has been 10 years since we first saw the Iron Man movie, Robert Downey Jr.’s character Tony Stark made him a household name. AND no one can imagine a better actor than RDJ for this role. Iron Man’s character boosted Robert Downey Jr.’s career and also made sure that a new movie franchise has kick-started, the way it did!
Here is a list of actors, who would have taken up the role of Iron Man back in 2008 and who could be better than RDJ and vice versa. 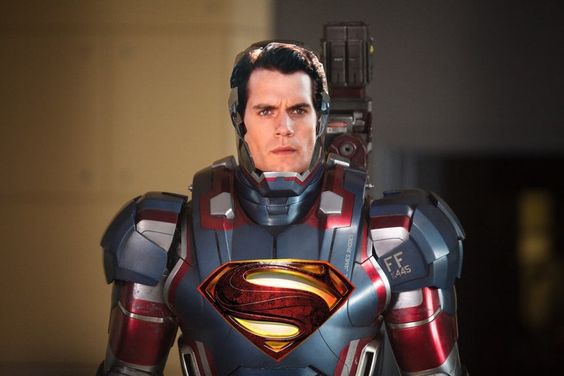 Henry Cavill has the perfect look, attitude and physical attributes for Man of Steel but not for Iron Man. There is a vast difference in the characters of Iron Man and Superman.

Not that we are doubting Cavill’s abilities as an actor; we’re just trying to state the fact, that some actors just aren’t made for some roles! Just like RDJ would be a terrible candidate for the role of The Man Of Steel, maybe.

Well, yes he did play the role of Justin Hammer in Iron Man 2 which obviously portrayed his image as “not with the good guy”. At one point in time, during the casting of the early MCU film, he was being considered for the role of Iron Man’s character, back in 2008.

It is already established that he is a good actor by his performance in Three Billboards Outside, Missouri. He might as well be good for RDJ’S character.

As picky as this musician/actor is with his movie roles, he often ends up not getting a good one. His method and forte of acting make people think that someone’s ‘acting’, which may not be helpful in Marvel because it is an entirely different Universe, based on a believable world that doesn’t forget about the comics, with bizarre scenarios, these MCU movies are based on.

Leto’s Style of acting would definitely ruin the surreal vibe of the Marvel Cinematic Universe and would be unsuitable for the franchise as a whole.

For this actor to play the role of Iron Man, we’ll have to travel back in time and pick up Mel Gibson who is young enough to play the character of Tony Stark, long before all the controversial situation he found himself in.

Mel Gibson has the capability to play almost any character as we have already seen in Lethal Weapon as an Unhinged Cop, the fierce warrior in Mad Max, The revolutionary one in Braveheart. He even showcased his versatility as an actor by acting in the Hamlet, a movie based on the classic Shakespearean tragedy of the same name.

Ben Affleck has portrayed two different, major superhero roles on the big screen. One is as the new iteration of the Batman in The DC Cinematic Universe and the other which we all would like to forget (It’s Daredevil). Also, the DC movies have a dark tone whereas Marvel’s character Tony Stark, played by Robert Downey Jr., is a bit on the charming side, which Ben Affleck seems to lack as an actor, concluding, that Ben may never suit this role. 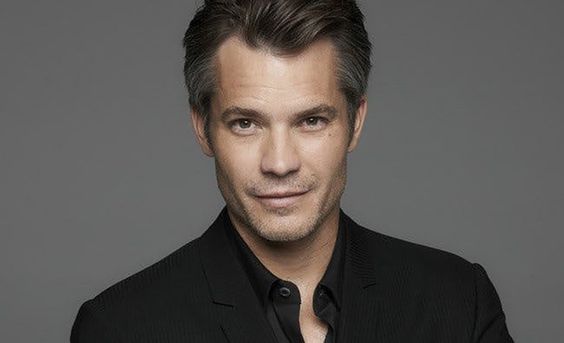 Timothy Olyphant has been enjoying his prosperity which came from FX’s Justified and continues now on Netflix’s Santa Clarity Diet. Even after all this, the actor deserves his own Blockbuster Movie. He can play the role of a charming, Good-looking and bad boy if needed quite effortlessly, which makes him a viable candidate for the role of Tony Stark!

Where do we start? The actor loves acting so much that his love pours out of the screen and makes a mess. His style of method acting is often times uncalled for Although his flamboyant ways might suit the character but his extremely bombastic style, he would have certainly doomed the MCU and made sure that none of the audiences make a return.

He dis portray as the younger version of Howard Stark in Captain America, he could have been a great and definitely fun to watch, Iron Man. With his acting being on point, the only thing that gives him a backseat is the age factor, the actor, as of 2018 is 39 years old which makes him 29 by the time first Iron Man came out, back in 2008. But we’ve seen actors portray people who are much older or younger than themselves.

Tom Cruise always seems like he’s playing Tom Cruise, just like Will Smith, with some exception, of course. Although he was asked to play the role in the ’90s but he declined the offer, maybe because of the technology wasn’t advanced enough to let Tom fight in real Iron Man suits! as he really dislikes faking his action scenes, at that time and even now he always wants to do his own stunts. The age factor also chips in adding to him not being suitable for the role of Iron Man.

The actor is far too old for his character to play Iron Man in 2008. But he would have made a great Iron Man in the  1970s, the era of glorious mustaches, with his being the most elegant! people would have loved him. Him playing Iron Man of the 70s may have kick-started the MCU franchise earlier. His acting career has proved his skills as a versatile actor, with movies like Deliverance with it’s gritty drama to a comedic, action-packed flick like the Smokey and the Bandit. The actor still works, occasionally, so a future appearance in the MCU might still be on the table.

Clooney had a very charming personality with good looks but he may not prove to be better than RDJ for Iron Man as he took Batman ‘very’ lightly which garnered a lot of bad response due to which his career saw an all-time low. Maybe he still regrets his decision about portraying Batman in the way he did. He is still a great actor but his acting chops only come to play when his heart is in the movie he’s doing.

The talented actor would not face any problem in playing the role of Iron Man. With his brilliance and experience, he may have swooped the audience off their feet. People have already seen him play a rich man when he portrayed Howard Hughes in The Aviator by Martin Scorsese’s, which is quite similar to the character of Tony Stark, therefore, it might not be too hard for him to play Tony Stark. As a bonus point, he also takes every role given to him quite seriously and we can imagine him wearing the Iron Man suit too.

Wahlberg does lack the charm Tony Stark’s character has. RDJ might have faced some serious legal issues but not like that of Mark Wahlberg. He’s Known for playing roles that reflects his real-life behavior.

Mark Wahlberg seems to come off as whiney when acting tough! which can be clearly seen in 2008’s Max Payne.

He is not as strong or polished of an actor like RDJ and simply lacks the charisma to pull it off. 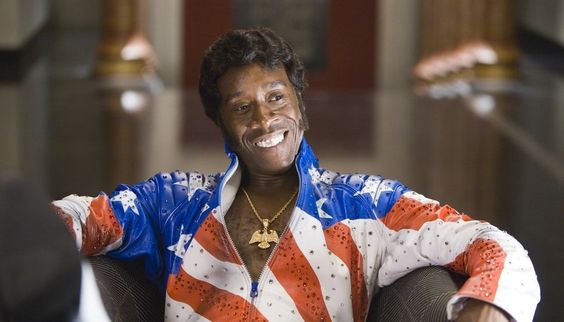 The work of Don Cheadle is plausible. He joined the franchise in 2010 with the release of Iron Man 2. He has a presence which catches the attention of the audience, even when he is playing the supporting role in many movies. With is impressive acting chops there is a possibility of him delivering something special if he was given a chance to play Tony Stark.

Trejo would have been 73 in 2008. Undoubtedly, His presence would’ve made the movie infinitely more entertaining, even if it decided to throw the source material in the trash can. His Unique style of acting would’ve made for a completely nonsensical, albeit fascinating portrayal of the character, regardless of how absurd and inappropriate that would’ve been.