So, Dan Slott has left Amazing Spider Man after a decade and has launched his new run on Iron Man. Though the writer has worked on various projects bur his career at Marvel has definitely been defined by Peter Parker. He understands how to build a character’s momentum in the long run.
He’s now taking over Iron Man from the basics, right where he’s a genius, billionaire and a playboy philanthropist. He’s planning to make it bigger for Tony this time; ever than before and he has even established a company in the heart of New York: Stark Unlimited.

Over the years, Tony has had a number of companies, starting with Stark industries which he inherited from his father and later changed its name to Stark International. After getting lost in alcohol, he loses the company to his executive who renames it as Stane International. After Stane’s death, Tony used his newly acquired wealth to reinstate Stark Enterprises.

After sacrificing himself to Onslaught, Tony was thought to be dead and his company was acquired by Japanese who renamed it as Stark/Fujikawa. When Tony returned he proceeded with any company named Stark Solutions but later dismantled it. He was helped by Tiberius Stone, an old time friend who left his company to Tony after his death which he used to rebuild Stark Enterprises. 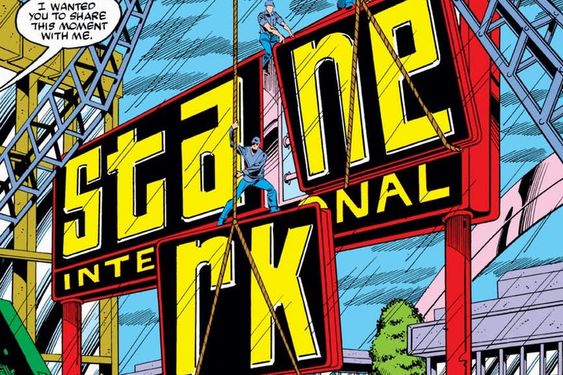 During a fight with Ezekiel, Tony was forced unleash EMP which destroyed Stark Enterprises. Pepper took over the company while Tony kept running from Norman Osborn, who was looking for secret superheroes against the superhuman registration act. After this, Stark made a totally new company, Stark Resilient which used repulsor tech as a new green form of energy. The name was later cut down to only Resilient.

The foremost thing that Dan Slott is doing with this Iron Man is that he’s going to reposition the company around Tony; Tony being the heart of everything and we will get the look of the company through the eyes of a newly employed Andy Bhang. Andy is a robotics genius working in his garage who is approached by Tony to work in his robotics division. We see a very modern tech company, just like Apple or Google. Tony’s idea here isn’t to be Iron Man but Stark Industries which will change the world. This is going to be a big step for someone as narcissistic as Tony who known for his ego but that’s Dan Slott for you! 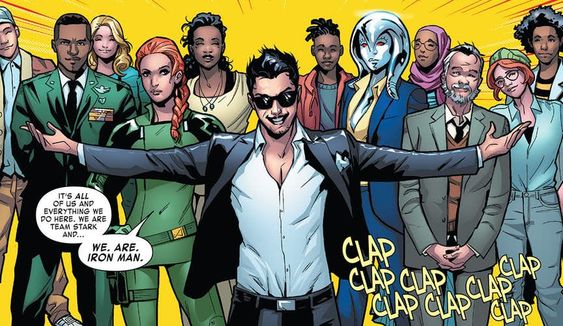 However, we are missing out on some character here like Riri Williams, Arno Stark and Toni Ho who were established as heroes towards the end of Invincible Iron Man. It makes sense that Slott would reform his own version of Iron Man, establishing his own voice in the character but Bendis left so many unanswered questions including the reappearance of Tony’s real father and it would disheartening if that’s shrugged under the rug to promote the new series.