Gemma Chan is going to reappear in the Marvel Cinematic Universe as Sersi in Eternals. But does she have anything similar to her role in Captain Marvel as Minn-Erva? 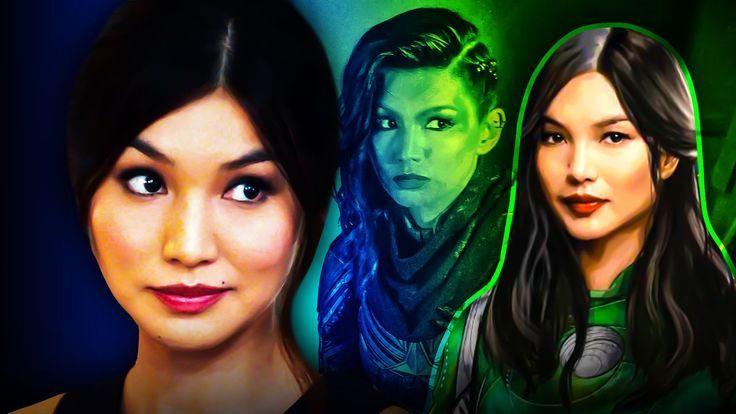 Chan Is The Center Of Eternals

Gemma Chan is perhaps one of the very few actors who got to play two different characters in the Marvel Cinematic Universe. But is her role in Eternals and Captain Marvel linked in anyway? Even when the Infinity Saga is over now, the Marvel Cinematic Universe is expanding significantly with its Phase 4 and some new characters. It is not only exploring the concept of the multiverse and its threats but is also introducing an entire team of superheroes, Eternals.

Marvel’s Eternals is directed by Chloe Zhao and is set after the events of Endgame. Due to the arrival of “the emergence”, the Eternals have to reunite to protect the planet from the Deviants. The Eternals are immortal and created by the Celestials. The team includes Sersi (Gemma Chan), Kingo (Kumail Nanjiani), Phastos (Brian Tyree Henry), Sprite (Lia McHugh), Makkari (Lauren Ridloff), Gilgamesh (Don Lee), Durig (Barry Keoghan), Thena (Anjelina Jolie), and Ajak (Salma Hayek). Moreover, the trailers have put some extra focus on Sersi and her connection with Ikaris, which puts Gemma Chan at the center of Eternals.

Connection Between Sersi And Minn-Erva

It is Gemma Chan’s second time in the Marvel Cinematic Universe but does not have anything to do with her past role. While Sersi is somewhat the most empathetic member of the team Eternals, she also possesses abilities and strengths like teleportation, telepathy, matter manipulation, shooting cosmic rays, and flight. With that being said, Sersi and Minn-Erva are two different characters from two different origins. While one was an antagonist, the new one will have more of a heroic role. The only way in which they are connected is the fact that Gemma Chan is playing them.

With that being said, Sersi is probably going to have a prominent future in the Marvel Cinematic Universe. At least, she’ll have a brighter one as compared to what Minn-Erva ever had.