Thor: Love and Thunder was released in theatres in America on the 8th of July, 2022. Since then, the movie has garnered mixed reviews from both fans and critics. While Taiki Waititi’s reprise of directorial responsibilities in the Thor franchise has come under heavy scrutiny. A few characters and their onscreen portrayal by actors stood out for viewers. A major one of which, was Tessa Thompson as Valkyrie.

Thompson returned on-screen to play Valkyrie, continuing her run from Thor: Ragnarok (2017). A much-loved character by fans, Valkyrie is arguably the first LGBTQ+ character in the Marvel Cinematic Universe (MCU).

Who was going to be the queen to Thompson’s Valkyrie?

Apart from the lead characters’ actors. The movie also saw the return of other characters/actors into the Thor franchise. After sitting out 2017’s Thor: Ragnarok and a minor cameo in Loki, Jaimie Alexander made her big return to the Marvel Cinematic Universe as her character ‘Sif’ in Thor: Love and Thunder. However, if you are hoping to see Sif for significant screen time, you are in for a disappointment. Sif gets two minor scenes in Love and Thunder and is sidelined for the majority of the movie.

The upset is for both fans and the actor alike. As now-deleted tweets from Jaimie Alexander suggest, she wished to play Valkyrie’s love interest in the movie. A gimmick for ‘social media attention as fans remark about her deleted tweet. The actress is being criticized for sharing a fake storyline, for the sake of what fans consider ‘self-promotions’ for her.

I vaguely remembered a tweet that Jamie Alexander had written offering herself up as King Valkyrie’s queen in #ThorLoveAndThunderID and and am unsurprised to find. pic.twitter.com/Jo9BDKWKZZ

The internet was quick to dig out the now-deleted tweet by Alexander:

A strong, confident, and powerful character. It was exciting to hear the news of Alexander’s reprisal of ‘Sif’ in Thor: Love and Thunder. More so, in a movie celebrating the empowerment of women with 2 female warriors as leads in Valkyrie and Portman’s Thor. Fans were left disappointed and frustrated to see just a few glimpses of ‘ Lady Sif.’

Was Marvel worried about Chris Hemsworth’s Thor losing his charm, having too many female superheroes fighting alongside him? Has Sif’s footage been unable to make it to the final cut? Or, is the deleted tweet by Jaimie Alexander simply ‘performative wokeness’ to add to the movie’s hype.

Thor: Love and Thunder is now playing in theaters. 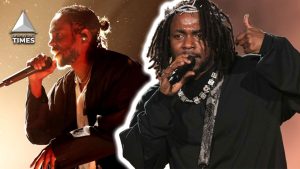