Suicide Squad was a revelation for the DCEU. The film differentiated between what to do and what not to do in an upcoming DC film. The fans had serious expectations from the movie but featuring the “B-Team” of the DC franchise; the movie could not stand up to the fans expectations. The characters portrayed in the film had been drawn out well in the DC comics, but characters like Deadshot and the Joker were underplayed. This review was given by the audience as well as the critics. Director David Ayer was thoroughly questioned on the movie, and the 2016 DC flick got its comeback with a new director. 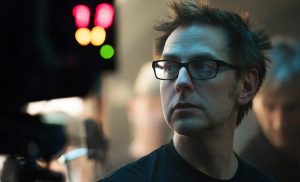 Director James Gunn took to Instagram while replying to a QnA session and answered a fan that he had two movie backup projects for The Suicide Squad. It has been repeatedly cleared out by the DC franchise that the movie is a follow up to the 2016 Ayer version and is not a sequel.

How is DC film made?

According to Gunn, the film was up for production lately but he had two ideas which he could work upon. The director has been careful in not naming the projects. When asked about how he does he research while making a comic book adaptation, The Guardians of the Galaxy director answered that extensive research goes into making a superhero movie. There is an elaborate reading of the character’s storyline, and then a full video is made.