Jason Todd, Batman’s former apprentice has got a new suit in the issue #26 of Red Hood and the Outlaws. He will stick his red colour motif for what looks like a mask and this brown jacket would be replaced by a red vest with a hoodie on top to hide his face. 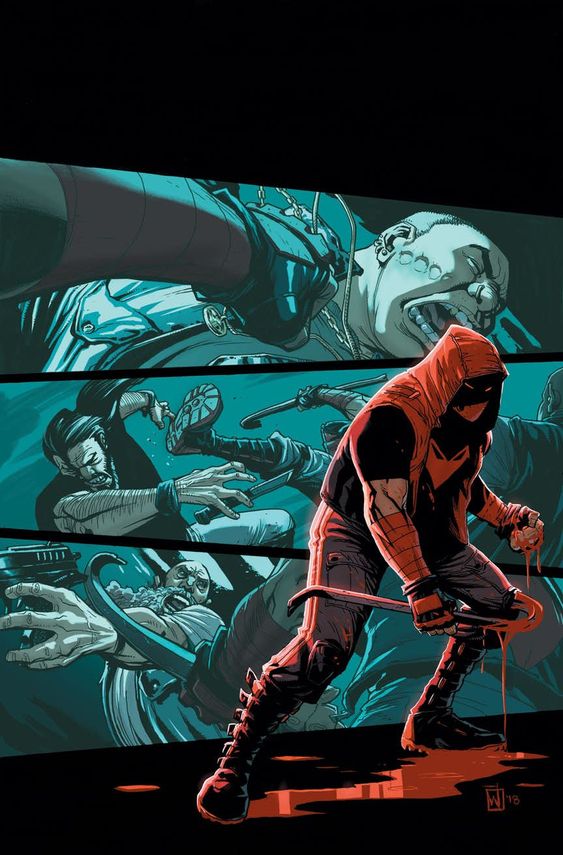 On his forearms, we can see red tape along with black and red gloves. The shirt also features what looks like a Red Hood emblem in the centre as he looks to distance himself from Batman. There is additional information about the change in his crimefighting look in the solicitation text for the September issue. Bizarro and Artemis would be longer be by his side and this issue also saw his leaving Gotham City, with Batman no longer serving as his mentor.

The reasons behind these changes seem like a mystery for now but here’s the solicitation text and covers for issue #26:

-RED HOOD AND THE OUTLAWS #26
-written by SCOTT LOBDELL
-art and cover by PETE WOODS
-variant cover by YASMINE PUTRI
Jason Todd’s about to take this vigilante game to a whole new level. His partners, Bizarro and Artemis? Gone! His mentor, Batman? Out! His base of operations, Gotham City? Abandoned. Cast out and alone, Red Hood embarks on a bold, brutal new mission, with a new costume, new weapons and a new plan to punish evildoers across the DCU. Plus, Pete Woods (JUSTICE LEAGUE) joins writer Scott Lobdell as this new era begins!
-ON SALE 09.12.18
-$3.99 US | 32 PAGES