Jennifer Lopez got engaged to Alex Rodriguez a few days ago. It is her fifth engagement.

It certainly seems that Jennifer Lopez has had a fair share of engagements and marriages. She has been engaged four times and married three times before which highlights the fact that she isn’t sure of her choice of life partners.

In 1997, Jennifer married a waiter turned restaurateur named O Jani Noa. It turned out to be a stupid choice as they divorced within one year of the marriage. 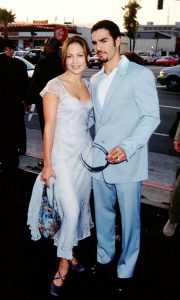 Jennifer married her back-up dancer, Cris Judd, in 2001 and had a whirlwind romance with him, Sadly, the relationship didn’t last and they separated within one year of marriage. Their divorce was finalized after she got engaged to Ben Affleck, in January 2003. 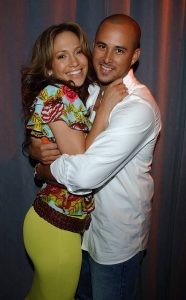 During the filming of the movie Gigli, Lopez and Affleck started dating in 2002. They worked together on the movie Jersey Girl and the singer’s Jenny From the Block music video. The media famously nicknamed the couple as ‘Bennifer.’

In November 2002, Affleck proposed to Lopez with a 6.1-carat pink-diamond solitaire Harry Winston ring, that was estimated to be worth between $1.2 and $2.5 million. They planned a romantic wedding in Santa Barbara, California, on September 14, 2003. It received a lot of media glare which made Affleck break the engagement four days before the wedding day. Months later, they announced that they had separated for personal reasons. 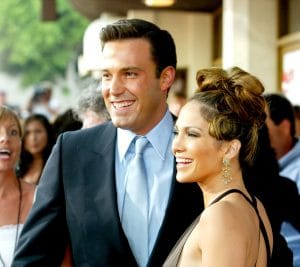 The two singers wed in 2004, and it was the longest marriage Jennifer ever had. However, they announced their separation in 2011. Anthony filed for divorce seeking to separate from Lopez in 2012, and their divorce finalised in 2014. They have two children together. The pair have remained amicable friends, mainly because of their children.

Anthony had proposed to Lopez with an 8.5-carat blue diamond Harry Winston engagement ring, estimated to be worth $4 million. 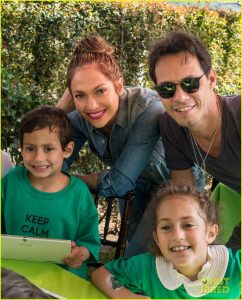 Also Read: Jennifer Lopez Flashes a Stunning Ring on Her Finger After Engagement to Alex Rodriguez

She posted photos of Alex and herself on Instagram calling them soulmates. She even stated once that she had thought a lot before jumping into another marriage because she wanted it to last. So, let us hope that she manages to be with Alex throughout her life until death parts them. 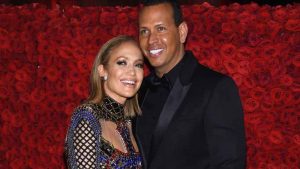