After the Batman Who Laughs mind controlled Jim Gordon, he has now stepped down from the post of the Police Commissioner.

Meanwhile, Harvey Bullock has stepped up as the acting Commissioner for Gotham PD.

Gordon has been absent from the Batman scene for quite some time now.

He almost disappeared from the entire franchise, only appearing in the Batgirl comics, which stars his daughter Barbara.

After Batman put out a call for “everyone” in Batman #98, members of the “Bat-Family” are coming back to Gotham in aiding Batman for the Joker-War.

But still, the character of Jim Gordon has remained relatively absent. 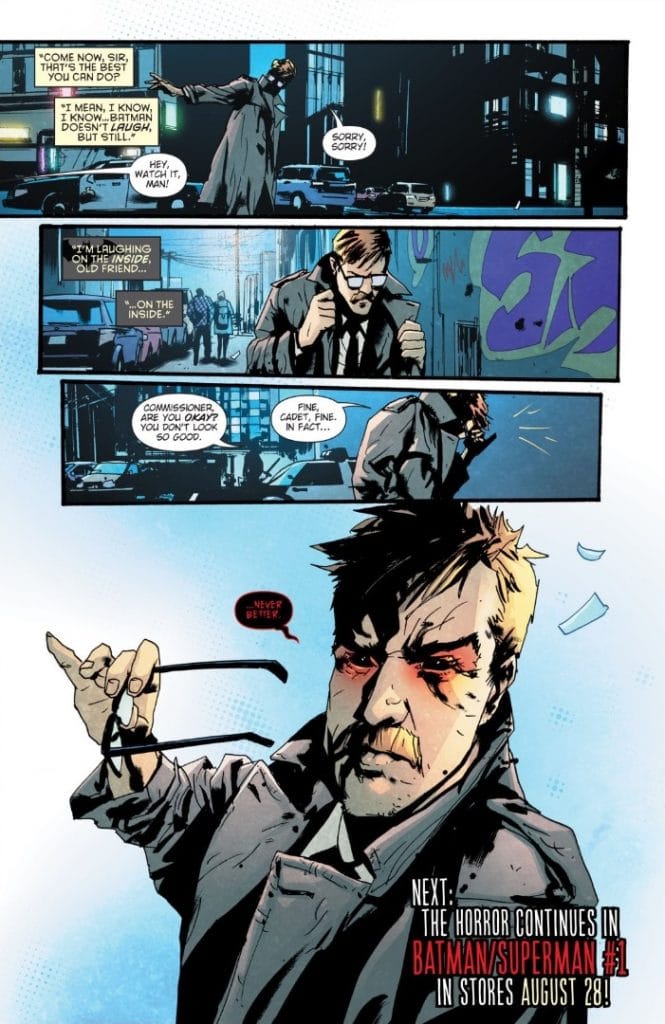 The latest storyline in Batman is dealing with the age-old question of ‘What happens when James Gordon is no longer the Commissioner of Gotham PD?’

Because even though Batman is an unlawful vigilante that makes the job of the Gotham PD a lot harder, he still has their support, mostly thanks to Commissioner Gordon having his back.

The then Commissioner and Batman formed an alliance, despite their rocky start, to achieve a shared goal – protect Gotham and its people. They both relied on each other and formed an unlikely friendship as they grew to respect one another. 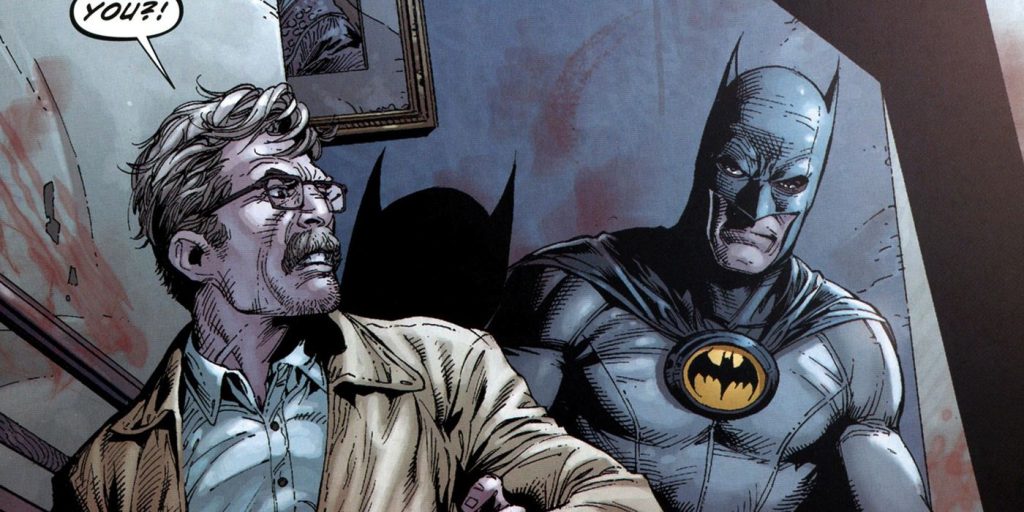 But now that Gordon is out of the picture, how will that change the relationship between Batman and the police force in Gotham? Lieutenant Harvey Bullock has been temporarily promoted to the post of Commissioner, but for how long, we are not sure. Neither is he, as we hear him saying to the vigilante himself in Batman #87 – “Hell. I’m a seat-warmer. We both know it.”

Although it wasn’t officially announced, the post of Commissioner passed from Gordon to Bullock somewhere between the Gordon getting infected by the Batman Who Laughs in Batman/Superman #3 and the first time it’s mentioned that Harvey Bullock has been promoted to the post in Batman #86. 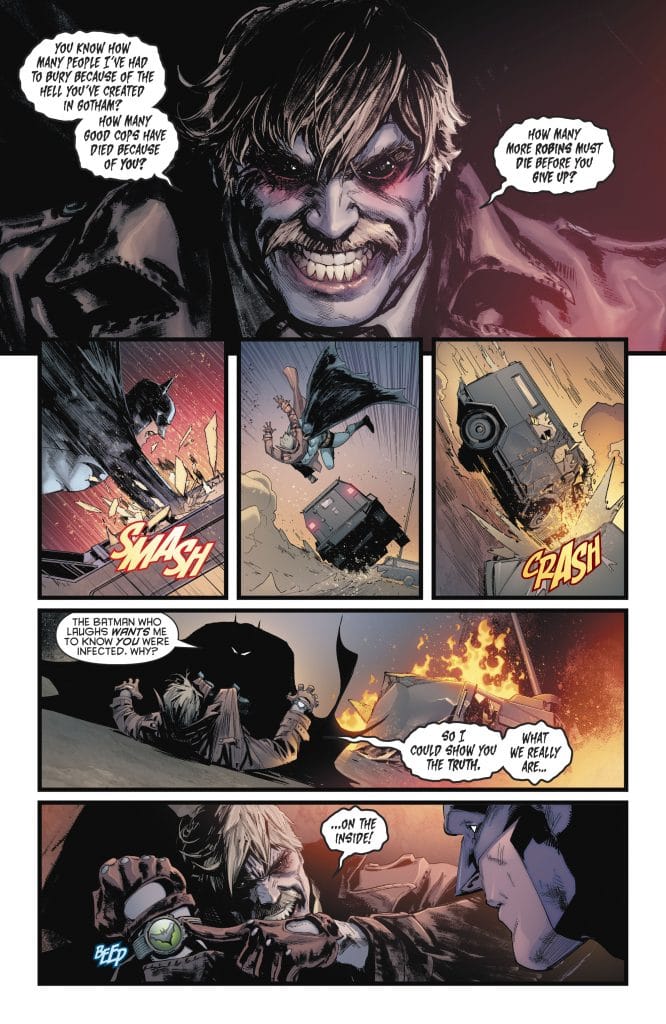 In spite of the fact that he has demonstrated his trademark opposing nature when stood up to with Gotham’s corrupt new corporate player Harlan Graves, whom the readers definitely know is the new villain – the Underbroker. Bullock has consistently pretended to be lazy to escape work. Yet he has been in the force long enough to know a rotten egg when he smells one. 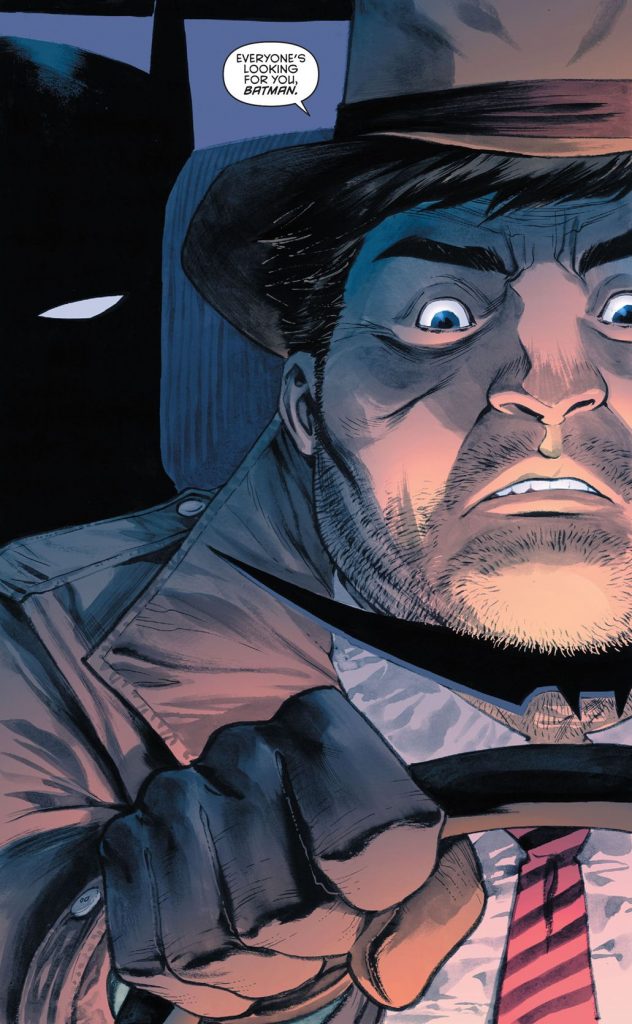 Although the character of Detective Bullock has been around for a long time, he hasn’t been very prominent in the comic storylines until the 1990s. The character of Bullock was promoted to the post of Lieutenant in the No Man’s Land storyline, later in 2000.

Being heavily highlighted in the Emmy-winning Batman: The Animated Series during the 1990s has resulted into the character of Bullock being a fan-favorite regardless of not being a regular in the comics. The character also appears in the Fox TV show Gotham, played by Donal Logue. 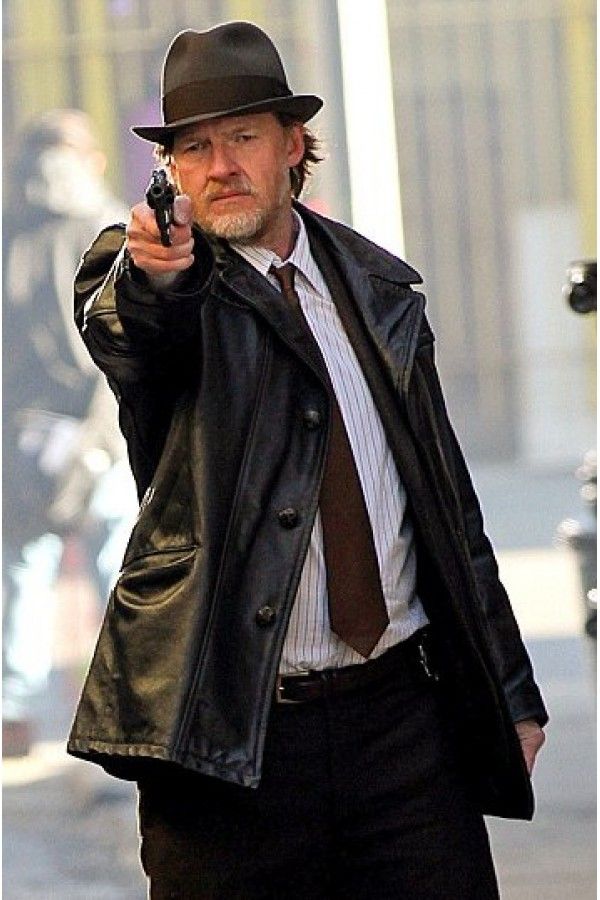 Each time Gordon has emptied the position he has somehow consistently figured out how to get back in to the fold. And keeping in mind that Commissioner Bullock has just held the situation for 10 months at most, we don’t know for how long Will it last. Moreover, will Commissioner Gordon make yet another dramatic return in Batman #100?

But what actually ends up happening, we can only speculate and wait for it to actually happen.