Joaquin Phoenix won the award for the best actor, and fans around the world were excited about his grad win. But what won was his speech which fans couldn’t get due to the continuous bleep as it was live telecasted. But with no fear, twitter has released the uncensored version.

The censor button was on throughout!

The stairs scene was the iconic Joker moment. The actor’s speech made it to Twitter, where it was all uncensored for all Joker fans. But fans do doubt as to why it was bleeped all the way. He indeed did curse here and there in his speech, which was not something welcomed.

Was anyone enjoying this bleeped language? 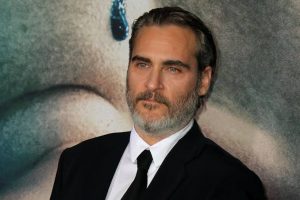 Joaquin Phoenix as the Joker/Arthur FleckIt was also his advertisers who weren’t much excited over his writing at the show, as this also negated their efforts. Viewers, on the other hand, missed the speech wherein he appreciated other actors such as Adam Driver, who understood it all. But that doesn’t mean everyone was. The team for Joker wished that he had brought the award for the best director for Todd Phillips. Everyone did expect Joker would land some award as a rumor was going through at all times regarding this to the ceremony.

A thank you note from Pheonix to all!

Pheonix did congratulate his fellow members, actors, and mentors he has always considered. But he did say all his appreciation in a somewhat less formal language. He but ends his entire speech saying how much he had rocked the whole time with his acting.