Todd Phillips’ Joker is by far the most deeply disturbing and unsettling movie to hit theater screens in 2019. The film is unconnected to Warner Bros. ongoing DCEU franchise, and is instead the one-off story of Arthur Fleck, played by Joaquin Phoenix. A mentally ill clown-for-hire, Joker sees Fleck grow more and more out of touch with reality over the course of the story, leading to murderous results.

Joker premiered earlier this year at the Venice Film Festival, where it made headlines by winning the prestigious Golden Lion. However, amid all of its accolades and the widespread praise for Phoenix’s performance in the title role, Joker has also arrived in theaters under a cloud of controversy that its portrayal of and perceived sympathy towards Arthur Fleck could inspire real-life copycats. The issue has dominated headlines around the film in the months leading up to its release, and would prove contentious enough for Phoenix to walk out of an interview when asked about the controversy. Additionally, the fears of Joker acting as a potential societal powder keg would be enough of an unexpected issue that Warner Bros. ultimately felt compelled to release an official statement on the matter.

It is fair to say, at this point, that Joker is quite arguably the year’s most controversial movie. However, that has demonstrably done nothing to harm Joker‘s box office performance. However, what is equally true is that no 2019 film has proven to be as relentlessly dark and disturbing as Joker. While it is hardly shocking that a movie focusing its attention on The Clown Prince of Crime (albeit a very different interpretation of him) would go out of its way to unnerve audiences, it is nevertheless impossible to deny that Joker has accomplished that aim more definitively than any other movie released this year.

What actually makes Joker so disturbing?

The Joker has seen several previous big screen incarnations, often noteworthy for the level of commitment poured into them, yet none have positioned the character in the same vein as does Joker. Tim Burton’s Batman offers a somewhat closer point of comparison than others by the sheer fact that the overconfident mobster Jack Napier, played by Jack Nicholson, is the only other cinematic version of the character with a clear backstory. However, Phoenix’s Arthur Fleck is truly his own Joker, a man who has experienced a lifetime’s worth of mental deterioration. In particular, Fleck’s frequent bouts of involuntary laughter leave him subject to everything from disparaging stares to outright beatings from perfect strangers, and his condition results in him being socially isolated and unable to relate to almost anyone around him (Fleck’s laugh is also said to be an element of the character Phoenix diligently strove to perfect.) Indeed, evidence of how deeply troubled Fleck really is presents itself early in the film, with Fleck having of fantasy of introducing himself in the studio audience of the talk show hosted by Murray Franklin, played by Robert De Niro.

Franklin’s conduct in Fleck’s imagined scenario, inviting him on stage and giving him friendly words of encouragement, stands totally at odds with his outright mockery of video of Fleck’s attempt at stand-up comedy, presented for the whole world to see on Franklin’s show. That’s just one of the many rejections and misfortunes Fleck experiences in Joker, on top of being cruelly rebuffed by Thomas Wayne, the man he has come to believe is his father, discovering appalling details about his early childhood, and cuts in Gotham City’s budget leaving him without access to a social worker or medication. In contrast to the movie’s pre-release concerns of inspiring real-life violence (which proved pervasive enough for the U.S. military to issue warnings to active duty personnel attending the film), Joker invites not audience adoration on Fleck but pity, and his turn to homicide feels all the more horrifying for how clearly he has lost any and all control over his mind. What’s more, Fleck clearly begins to find himself freer as he becomes more and more unhinged. As Fleck observes in his journal, “The worst part of having a mental illness is people expect you to behave as if you don’t,” and he is visibly a much happier man as his grip on reality grows more and more tenuous.

Joker is aimed to feel unpleasant

Of course, Joker is hardly the first movie to take an exceptionally dark tone or show a person going mad, but it is also clear that Todd Phillips intentionally structured the film to leave audiences feeling deeply unsettled. In particular, Fleck’s aforementioned comedy club performance is an unmitigated disaster even absent his subsequent ridicule by Murray Franklin, with his spontaneous laughter killing his ability to make a decent first impression on his audience. In this scene and countless others in Joker, Phillips force feeds the audience the bleak reality of Fleck’s life, that of a man at the mercy of grim circumstances beyond his control and blocked at every turn from attaining true happiness.

The third act of Joker also pulls back the curtain on his romance with Sophie, played by Zazie Beetz, which was revealed to have all happened in Arthur Fleck’s head, while the finale gives a new twisted meaning to the term anti-climax. Invited to appear on Murray Franklin’s show, Fleck dons clown make-up and asks to be introduced as “Joker”. Once on stage, Fleck bluntly unloads the lifetime of mistreatment and insufficiently treated mental illness he has endured, and delivers the movie’s most chilling line, “What do you get when you cross a mentally ill loner with a society that abandons him and treats him like trash? I’ll tell you what you get. You get what you f**king deserve!“ before shooting Franklin in the head on live television. Far from a crowd-pleasing ending, Fleck is a now man who has fallen to his lowest point, arriving on stage as the very thing he feels he is regarded as by the world, a clown, and effectively making an ironic commentary on his own life. Even his embrace by Gotham City rioters in clown masks minutes later carries with it less a sense of triumph than an aura of societal downfall.

Comparison of JOKER to 2019’s Other Disturbing  Films 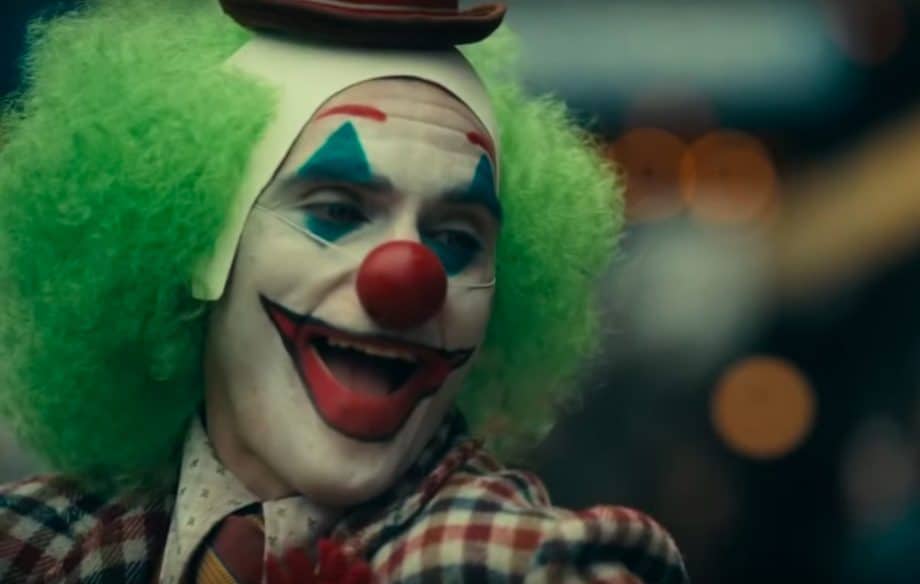 It goes without saying that Joker isn’t the only movie on the 2019 release calendar to make a clear effort leave audiences feeling rattled, and a few have accomplished that task quite impressively in their own right. Ari Aster’s Midsommar runs Joker a close second, similarly taking a slow burn approach with the central protagonist Dani, played by Florence Pugh, mourning the loss of her parents and sister, and desperately hanging on to a dying romance with her increasingly distant boyfriend Christian, played by Jack Reynor, as they visit a Scandinavian cult as part of his anthropology program (with Aster’s director’s cut taking a deeper dive into the cult and their deteriorating relationship.) By the end of Midsommar, Dani has fully embraced the barbaric rituals of the cult as her relationship with her now ex-boyfriend quite literally goes up in flames in the movie’s final scene. Jordan Peele’s Us is also one of the year’s creepier experiences, with its eerie score and ominous scenes of white rabbits scurrying about serving as a buttress for the film’s themes of American class struggle and other subtextual messages. 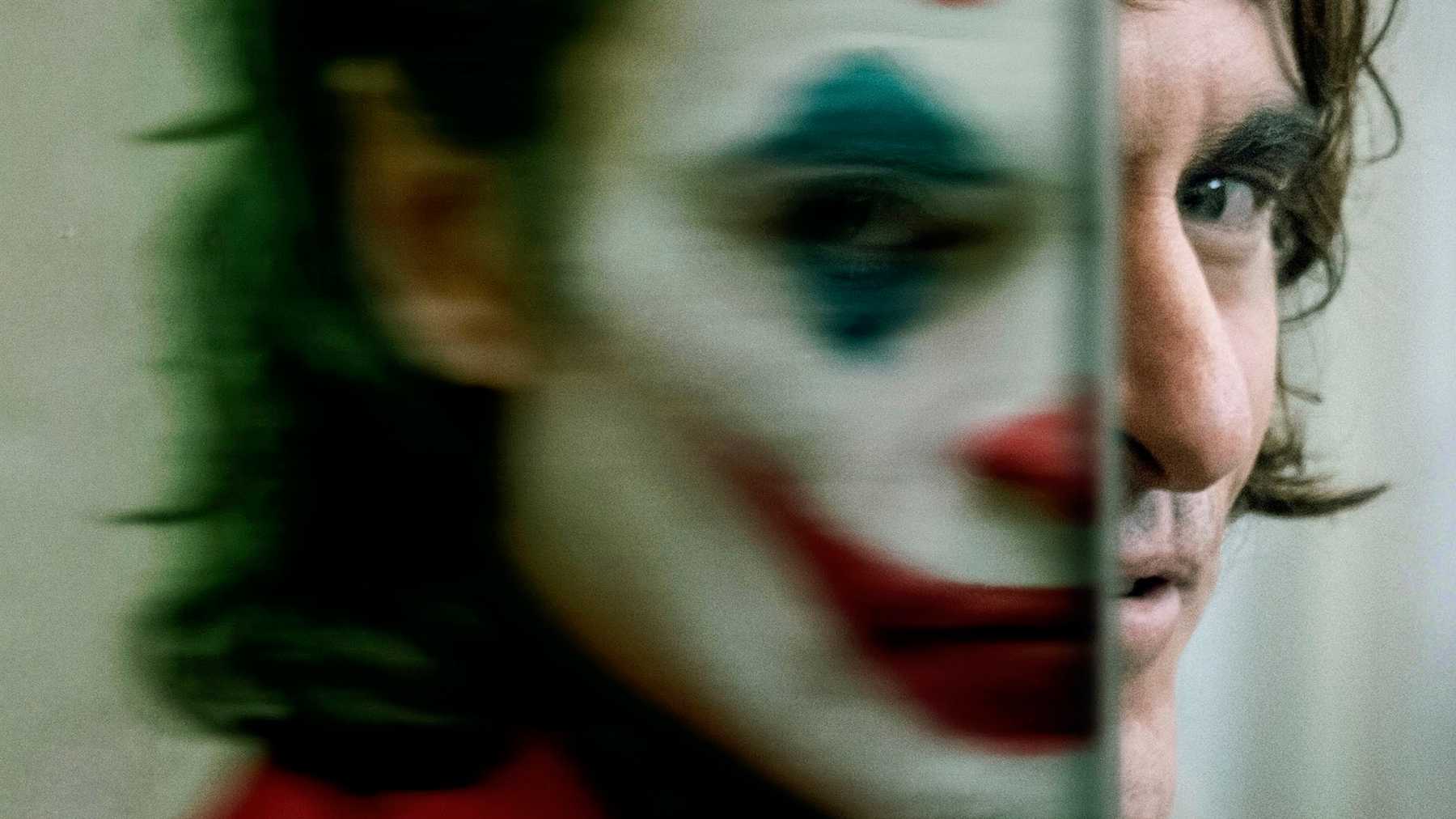 However, Joker is in its own class by just how direct it is in its depiction of Fleck’s unraveling. For a movie about an aspiring comedian, there’s precious little in the way of actual comedy to be found in the film. What’s more, what comic relief is present takes a dark and often sinister tone. This is especially noteworthy when Fleck’s size-challenged co-worker is unable to reach the door-chain to Fleck’s apartment door, or the graphic Murray Franklin’s live-broadcast cuts to after his on-camera murder. Whatever laughter there is to be had in Joker brings with it a feeling of discomfort and uncleanliness in a movie that already has no shortage of either. Furthermore, Joker‘s ending only further heightens the feeling of unpleasantness Phillips intends to awaken in viewers, with any possible interpretation inevitably coming back to the fact that the movie is all about an already delusional man completely losing his mind.

Much has been written about Joker in the time leading up its release, and possibly just as much has been written since its debut. With all the controversy and deconstruction of the movie before and after its theatrical release, it is destined to be dissected and discussed for years to come, especially given how open to interpretation Fleck’s experiences in the film really are. Nevertheless, all of that only further solidifies Joker as the year’s most uncompromisingly bleak and profoundly disturbing movie.