DC Comics has a rich pantheon of supervillains, so it’s no big surprise the distributer would need to place them all in the spotlight as regularly as could be allowed. With a program including Lex Luthor, the Joker, Black Adam, Deathstroke, and the Turtle etc.

The era of villains

Scott Snyder and James Tynion IV’s climactic, epic storyline “Justice/Doom War” has seen the Justice League experience a wide range of amazing partners from crosswise over existence, from the Justice Society of America toward the beginning of the United States’ entrance into World War II to Kamandi and Justice Legion Alpha from unique fates held by Brainiac. Be that as it may, the most amazing – and essential – partner in the superheroes of the DC Universe’s showdown against Perpetua and the redesigned Legion of Doom might be perhaps the best reprobate in all of DC history’s: the Anti-Monitor. 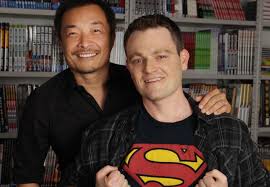 Likewise, the Justice League is going into a story called “The Justice Doom War” where they’ll go head to head against their main adversaries in the Legion of Doom for the last time.

The earlier month’s Justice League #30 commenced “Equity Doom War,” the finale to the story that Scott Snyder and James Tynion IV have been telling since the dispatch of their Justice League title in 2018.

That incorporated the arrival of the Justice Society of America, as the Justice League initiates saints from all through the past, present and fate of the DCU to battle against Lex Luthor and his Legion of Doom.

What writers have to say about this

Scott while conversing with Newsarama said “From the soonest beginning stage, we’ve been building this thing to be epic. In case this will be the finale of the story that genuinely started when we began the game plan, we required it to be the Justice League versus the Legion of Doom in a way that didn’t just cross the DCU physically, yet crossed it directly through time.”

Also, we need you to feel like, when you complete this one, you can return to issue #1 of Justice League and perceive how we seeded a lot of components of this story and amazements and Easter eggs right back there.”

Conclusion of the series with a bang

For quite a long time, Perpetua and the Legion of Doom have consistently been adding to their positions and overhauling the well-known antagonists of the DCU with new, fearsome capacities. As the Justice League scours all of reality for items to give them an edge during the unavoidable coming clash, Starman may have quite recently selected the League’s most astonishing and urgent partner in the Anti-Monitor. With the amazing expert of the antimatter universe now among them, the League’s arrangement to make a Justice Totality from different parts of the Source Wall and detain Perpetua yet again appears to be a particular plausibility given the legends would first be able to defeat the updated Legion before, present and future.