It’s almost been a year since Justice League released worldwide, and we are finally starting to hear more from the film’s director Zack Snyder about Easter eggs, insights and deleted scenes of the film.

Snyder recently revealed that he had planned for a horrifying scene for the film which was too scary to survive the round of editing before the movie was released. 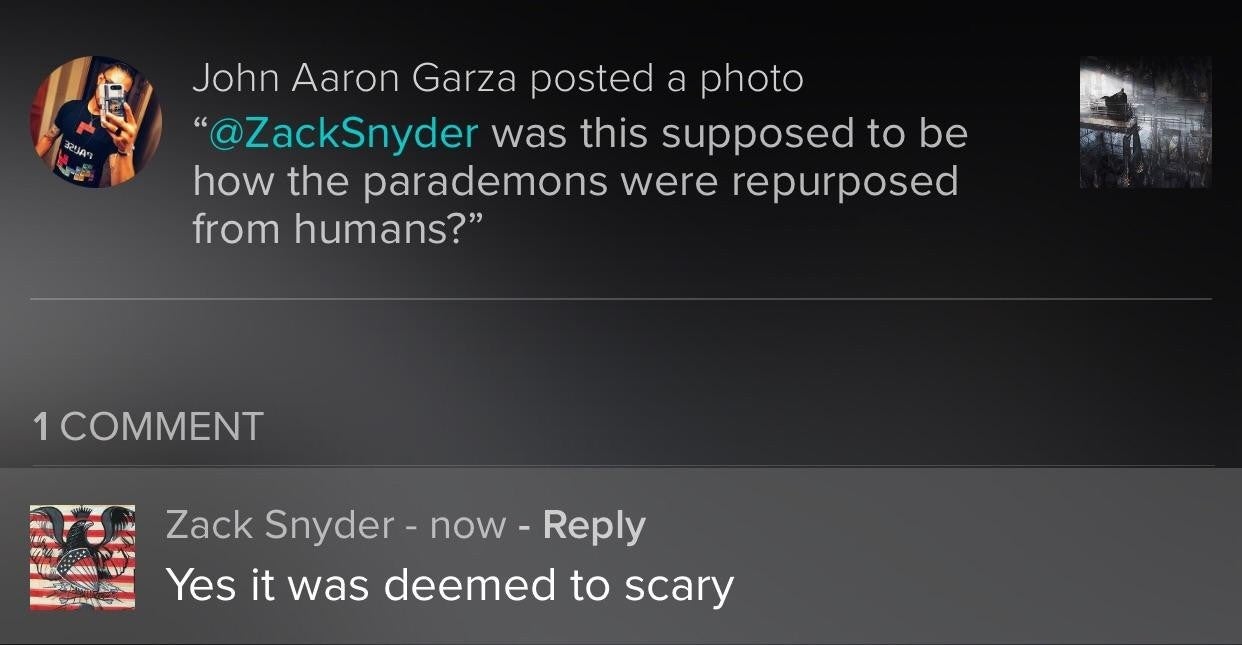 The scene Snyder is talking about here saw the Justice League members going into the connecting sewer system between Metropolis and Gotham, in order to find Steppenwolf and his parademons. As you may notice, the main room where Steppenwolf set up shop in the sewers was originally intended to look more like Alien than a superhero movie. The humans captured by Steppenwolf’s parademons were originally set to be cocooned in the pods until they get converted to parademons.

However, it’s ironic that this prover a hard line for Zack Snyder’s creative team to pull off, given that the film did convey body horror scenes depicted its the conversion of a human to a parade mom. For example, the scene where a soldier screams as his face erodes into a demon is really frightening.

Snyder has recently started revealing more about Justice League with fans, even confirming that he had set up Darkseid for the next film.