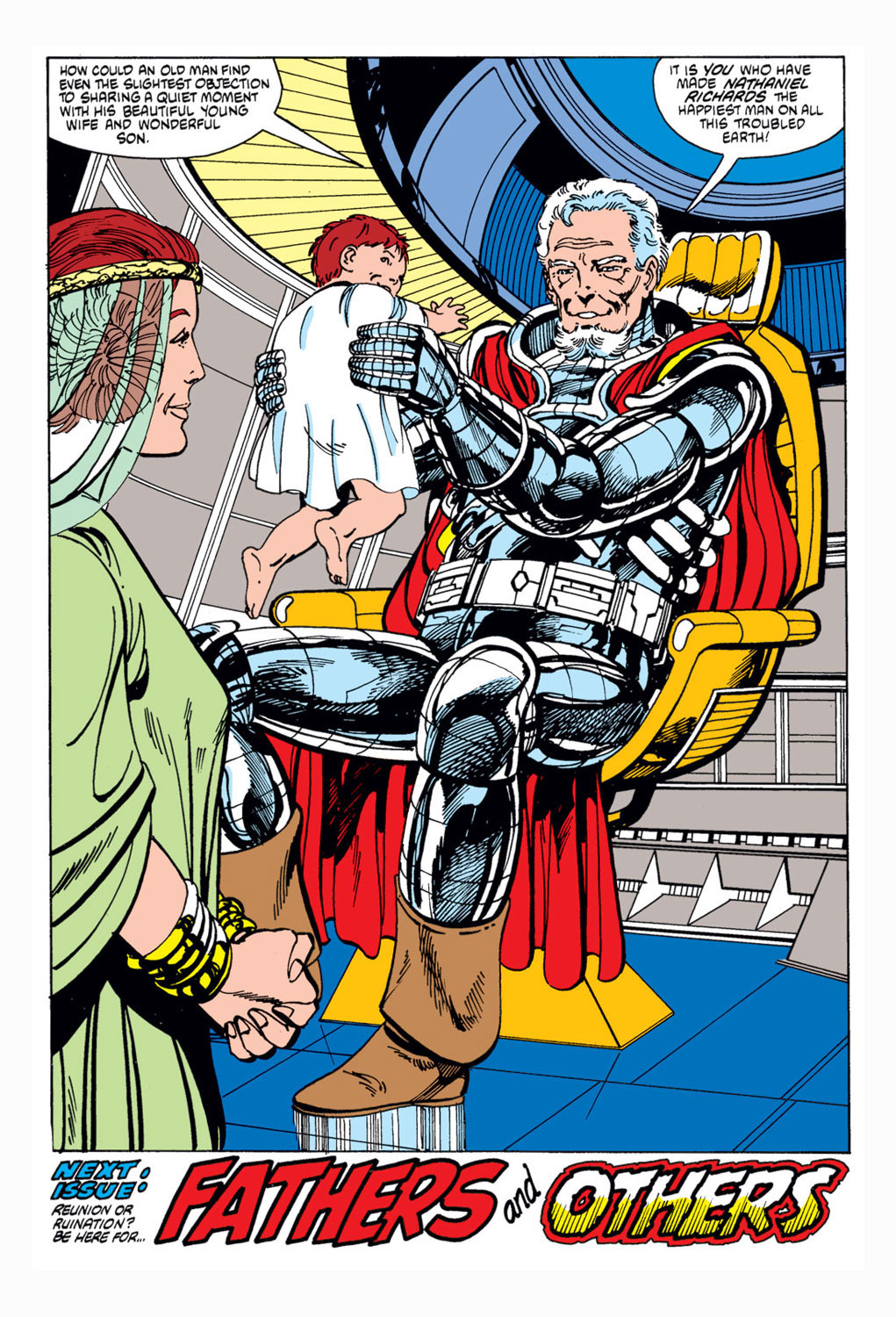 Nathaniel Richards was a 31st-century scholar and a possible descendant of Reed Richards.

Fascinated with the idea of Time-Travel, he used Victor Von Doom’s time-traveling technology. 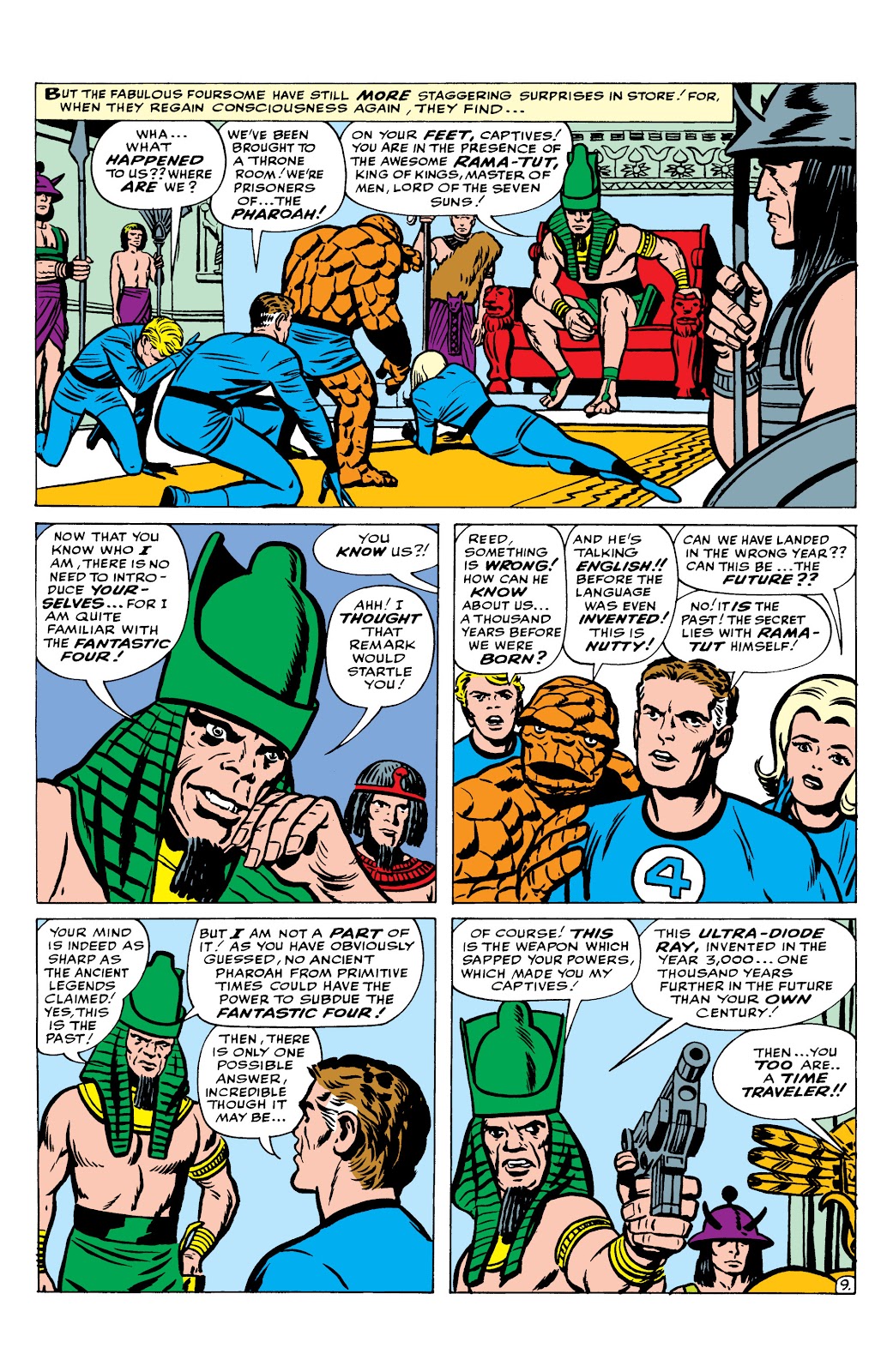 He traveled back to Egypt, during the reign of the Pharaohs, in a sphinx-shaped time ship, took control of the land as Pharoah Rama-Tut. The plan? To capture En Sabah Nur, better known as Apocalypse. The time-displaced Fantastic four foiled his plans. 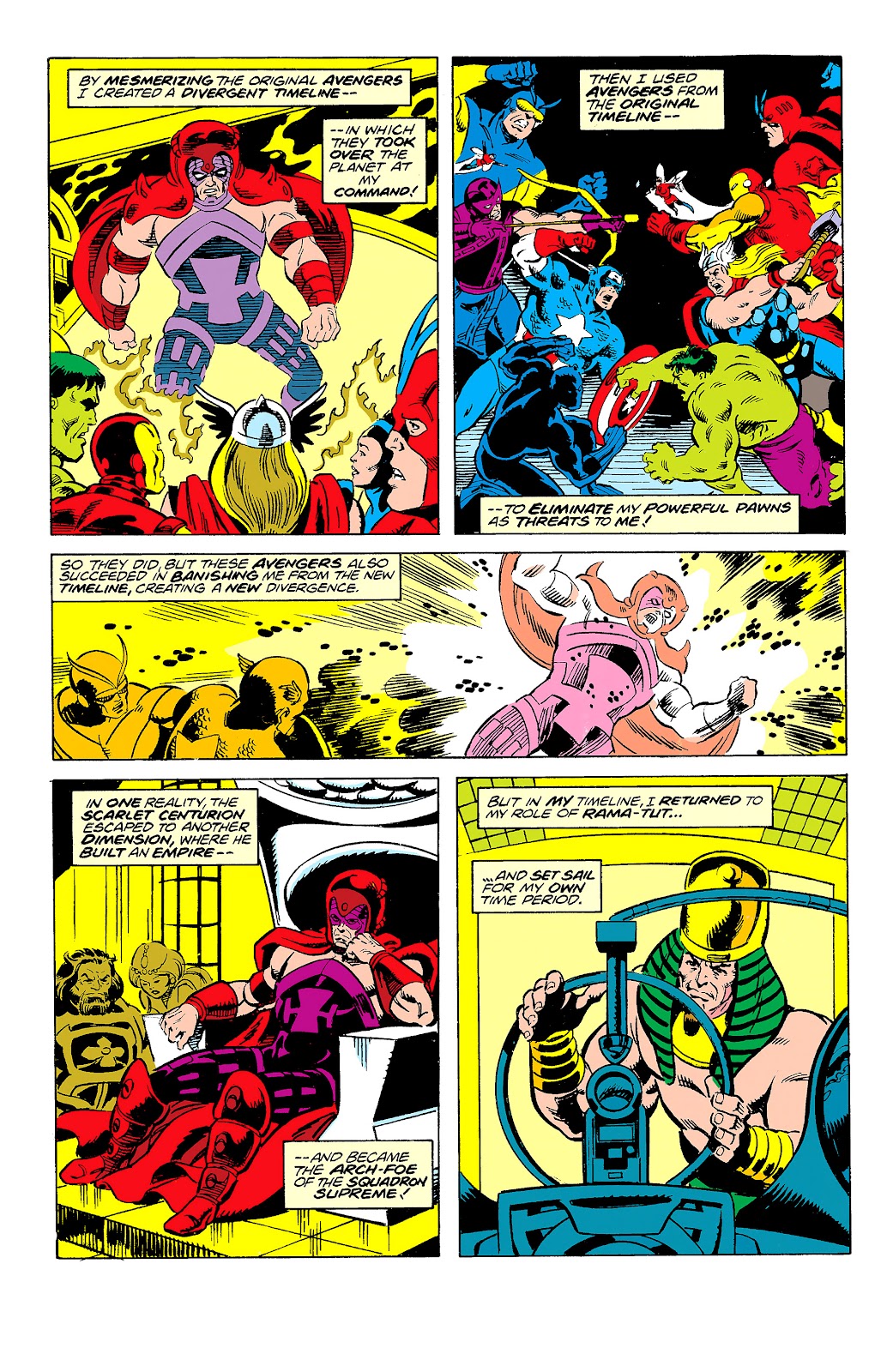 A badly beaten Richards transports himself to the 20th century. He meets the Fantastic Four’s greatest rival, Doctor Doom. Kang designed an armor that looked like Doom’s and called himself the Scarlet Centurion and pitted the Avengers against their counterparts from alternate realities but was beaten then too. 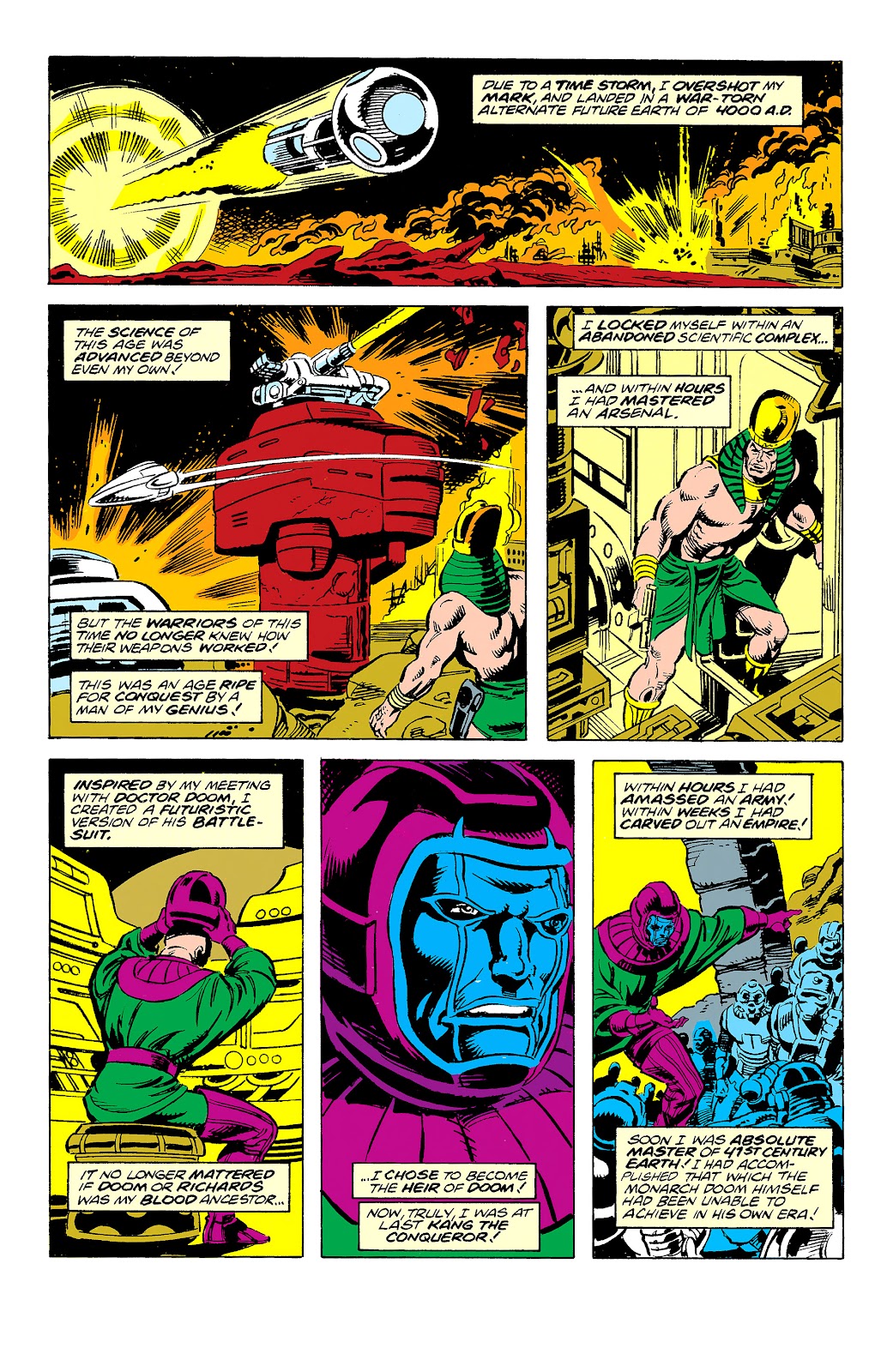 A bitter Richards then tried to return to his time, the 31st century. Due to an error, he landed on a war-torn Earth, a thousand years after his time. He finds the Earth is dying. With his ancient but undoubtedly superior technology, conquers the world and expands his dominance across the galaxy. However, his Earth was dying and he looks for more fertile ones in different timelines. Styling himself as Kang the Conqueror, he continues to pose a threat to Earth’s Mightiest Heroes.

Kang is no superhuman and does not possess any special powers.

However, his technology puts even Iron Man’s to shame.

His technology is from the 40th century, which enhances his strength. He can generate holograms, energy blasts, and force fields against eve the strongest radiation. He’s also capable of controlling advanced technology with ease given his expertise and brilliance with science. 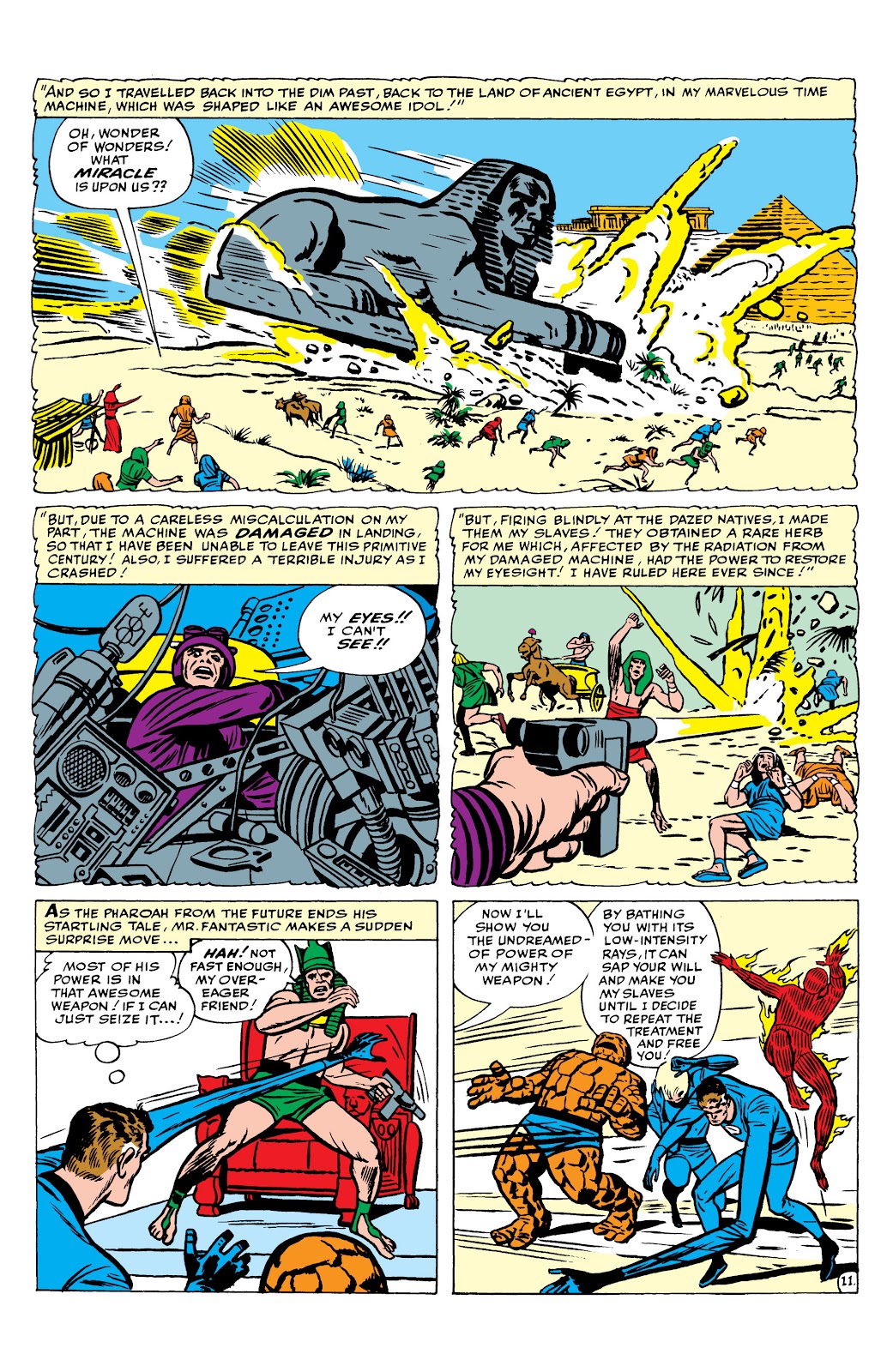 His timeship, shaped like a sphinx,  is made with technology so advanced, he once claimed it could obliterate the moon if he wished.

Brilliant and ruthless, Kang is a worthy foe for the Avengers. 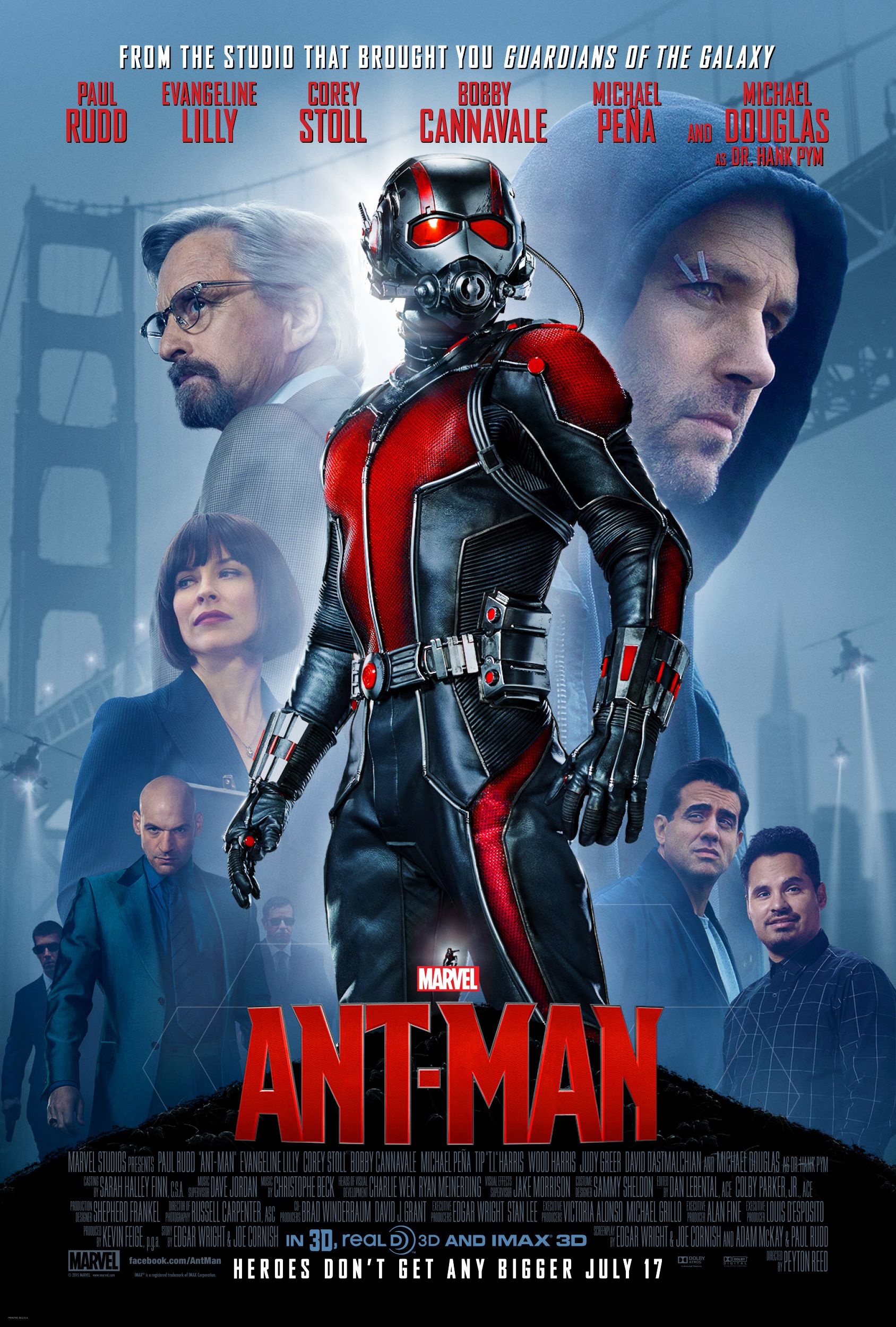 Kang will be making his debut in the next untitled Ant-Man movie. However, it seems like an unconventional choice given that Ant-Man hardly seems worthy of an Avengers level threat.

Why would a villain of such a stature be introduced in a solo movie?

The answer, as always, involves time travel. Particularly using it as a weapon.

Ant-Man introduced concepts like the Quantum Realm which the Avengers used in Avengers: Endgame. Iron Man perfected the time travel devices that the team used to retrieve the stones from particular periods and use to undo Thanos’ handiwork. Unfortunately, Thanos used the same technology to travel to the future when he had his final showdown with nearly every character in the MCU.

Given that time-traveling technology exists in the world of the Marvel Cinematic Universe, the number of possibilities is infinite.

Kang as a Villain

Kang is primarily an antagonist of the Avengers. But introducing him in an Ant-Man story may garner a fair share of skeptics. The reason? Most villains in solo movies in the MCU don’t necessarily last long. Very few villains have survived till the end of an MCU movie. Malekith, Kaecilius, Killmonger, Crossbones, Ego, Ronan the Accuser are all-powerful primary antagonists, and yet, they are all written off as dead. This is a major problem when introducing a character with no potential to return. Fortunately, Kang has an advantage. Formerly called the council of the Cross Time Kangs, The Kang Collective was a gathering of Kangs from various alternate realities. The collective had human and non-human Kangs. Picture this, a parliament setting, except every single person there is you or a time-traveling, multiversal variant of you.

Welcome to the Kang collective.

The existence of the Kang Collective opens to door to an even bigger MCU. It offers the potential to bring in more characters from across the multiverse and across timelines. It also solves the problem of great villains dying at the end of an MCU movie. Kang dies at the end of Ant-Man? No problem, there’s an entire collective that can take over.

Doctor Strange in the Multiverse of Madness and the arrival of Kang could really throw the door open on bringing even lesser-known characters with cult statuses into the MCU- Great Lakes Avengers anyone? 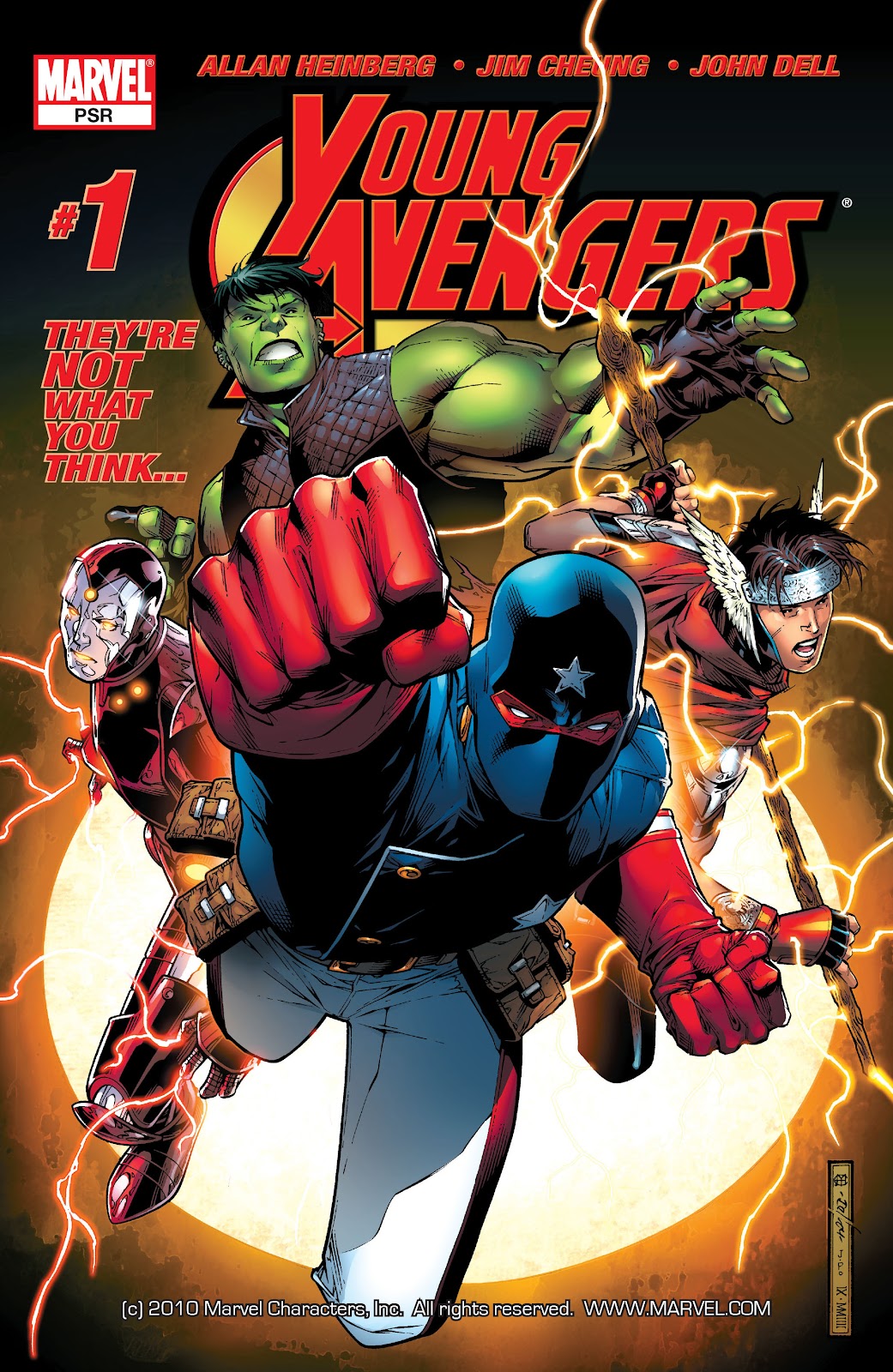 The Young Avengers are well and truly on their way. A heroic Nate Richards traveled from the future and built a suit of armor and called himself Iron Lad. He formed the Young Avengers team to battle an evil version of his future self.

This seems like a very high possibility in the years to come. The Avengers will eventually welcome a new generation of heroes into their ranks. And the seeds have already been sown. 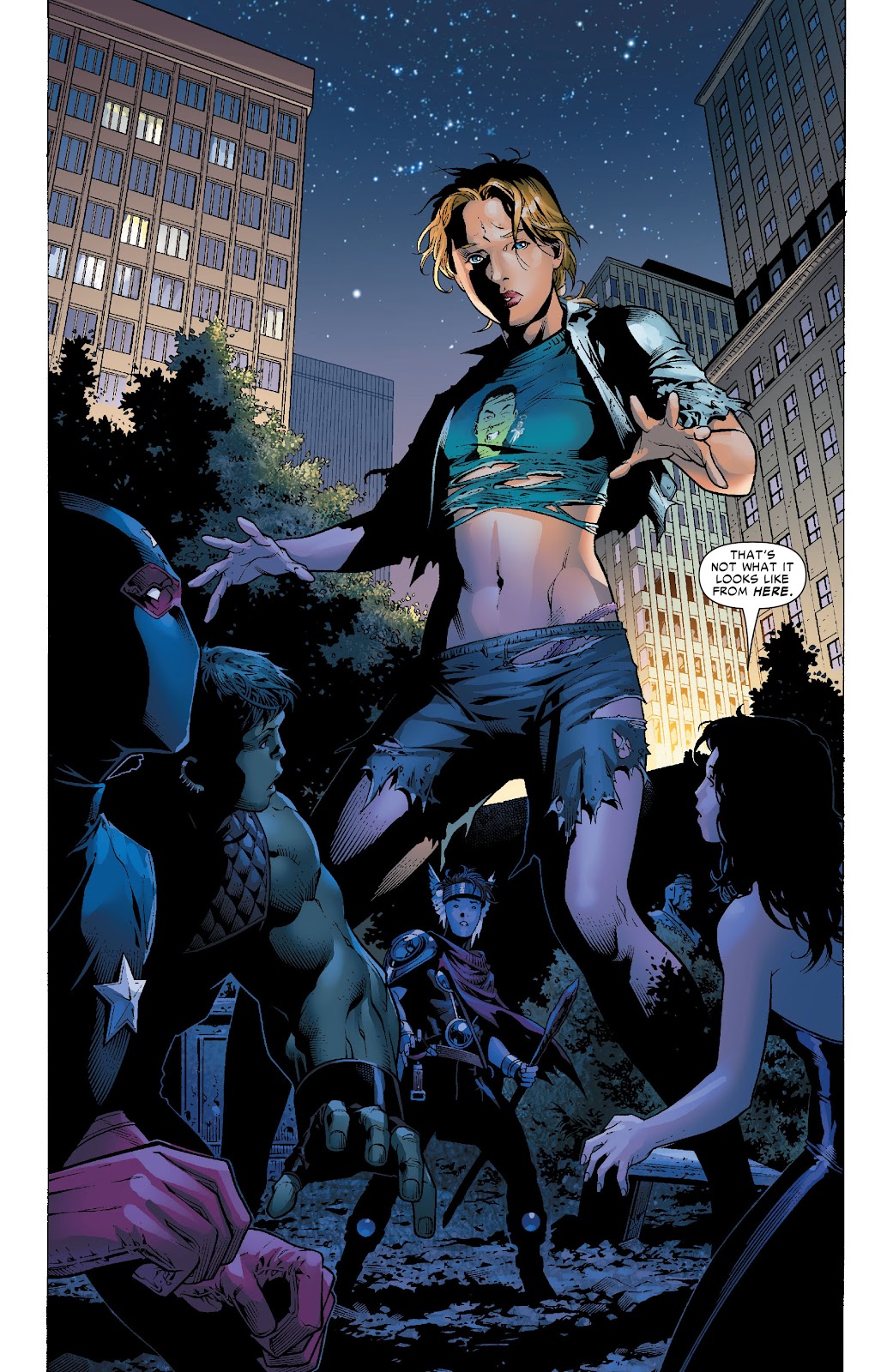 Kate Bishop will be seen on Hawkeye’s TV show. Cassie Lang has already been introduced and might play a bigger role (pun not intended) in the future. 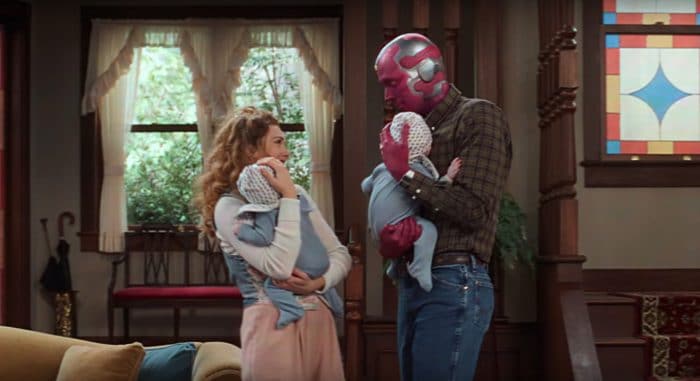 Speed and Wiccan have been teased in the WandaVision trailer and might appear in Doctor Strange and the Multiverse of Madness.

We have Loki who might be taking on different forms on his own TV show. We’re hoping Kid Loki makes his debut.

We still have to see Miss America Chavez, Noh-Varr, and Hulkling. However, given that the Skrulls and Kree exist in the MCU, that won’t be much of an issue. 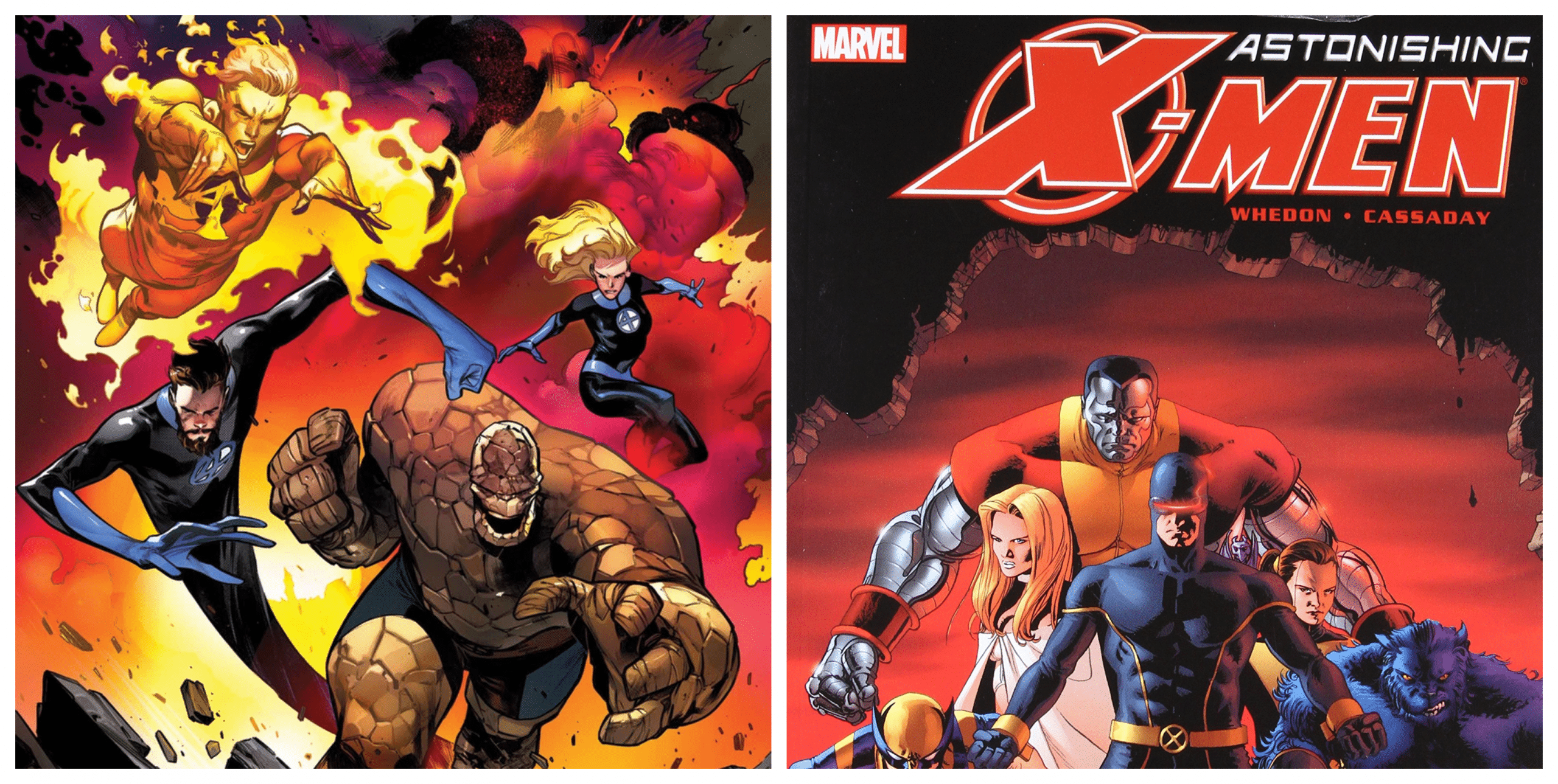 Here’s where things could get interesting. Marvel Studios finally have the rights to the Fantastic Four and the X-Men, two massively popular comic book titles with much-loved characters. The X-Men have had some misses in the past with regard to their movies. The Fantastic Four’s movie adaptations are of the kind where, the less that’s said about them, the better.

Now, given that there is a fully formed MCU, expanding into multiple universes and timelines provide several opportunities for these two super-teams to make their debut with Marvel Studios.

Given that Nate Richards is thought to be a descendant of Reed Richards’ this could also be a major plot point. Given that Kang has ties to Apocalypse, the former X-Men foe, this could be another entry for everyone’s favorite mutants to return. Of course, this is all speculation. For now, we’re looking forward to the appearance of the time-traveling warlord.