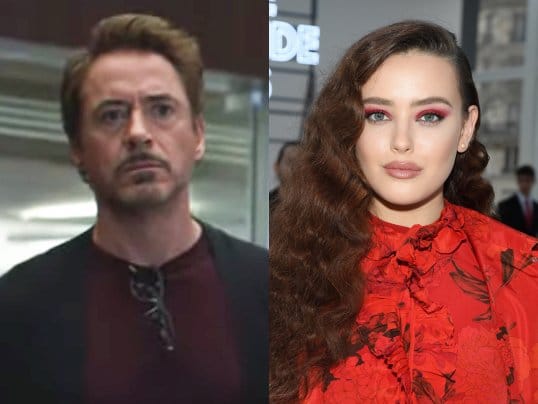 Disney launches Disney+ just a while ago. It’s a surprise from Disney to everyone as the launch happens a few hours ahead of schedule. However, Disney+ is available on various app stores. Avengers: Endgame is available for the audience to watch on Disney +. Moments after the Disney+ launch, fans noticed speculation in Avengers: Endgame.

Her role in the final home media release was cut after much speculation. In the movie, her scene is where Tony Stark sees a vision after he snaps the Infinity Gauntlet in his version.
In the deleted scene available, it is clearly evident that the father and daughter share an emotional heart touching incredible moments. Every MCU fan who watch may raise the question to reason it’s removal from the theatrical version.

The movie writers Christopher Markus and Stephen McFeely right of the Endgame release explained why Katherine Langford’s role has been cut.

They stated ‘Katherine Langford was great in the role’. Markus further added such scene really make the audience don’t move, stick them to the seat for its heart touching extravagant ability. This type of scene makes sense only in that particular slot rather than the beginning or somewhere else. Yet if it doesn’t make the plot pace forward they just had to let it go. This falls under that case.

Joe Russo, the Endgame Co-director expressed the sentiment in an interview. He revealed a test audience saw the early cut of the movie. The audience confused about its complication. When Tony snapped his fingers, the Ironman sees his future adult daughter in the same metaphysical state the Thanos goes in.
The scene intends Tony asking adult Morgan to forgive and she permits him to die peacefully. As this was an overcomplicated movie, injecting may seem too many ideas at one place making it confusing, though felt resonant. Also, the feedback of the test audience made the same sense to cut it.