It’s only a matter of time before our beloved Namor makes his way into the Marvel Cinematic Universe. Many fans hope it would happen in Black Panther 2. It’s far too early for Marvel to begin the casting process. Yet, that’s not stopping fans from deciding who would best play each role according to them. It is safe to say most want John Wick star, Keanu Reeves. 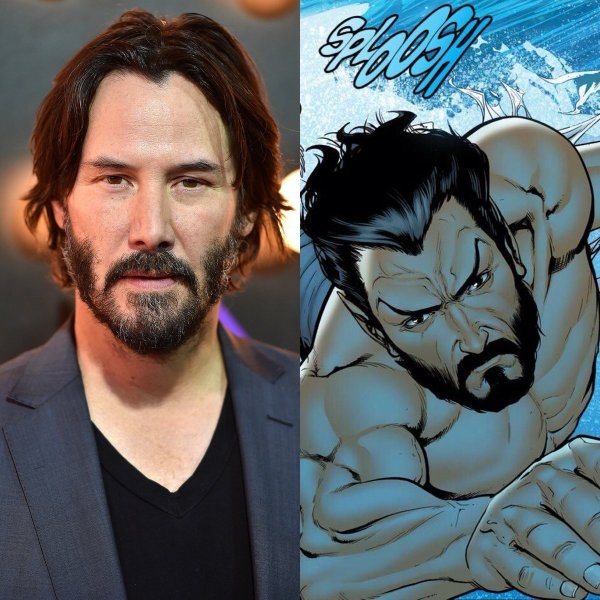 The movement has had a snowball effect and it grew so big that it caught the attention of Marvel artist Alexander Lozano. He took a stab at turning Reeves into the Submariner. We have to admit, it’s a pretty good look at the possibility.

“…almost every film we make.” – Feige

Other reports suggested Reeves would appear in The Eternals. Hopefully, he appears in an MCU film soon— after all, Feige himself confirmed with us they talk to the actor for nearly “every film” the studio makes.

“We talk to him for almost every film we make,” Feige laughed. “We talk to Keanu Reeves about. I don’t know when, if, or ever he’ll join the MCU, but we very much want to figure out the right way to do it.”

As of now, if Feige and his team at Marvel want Reeves in a film, they’ll have to work around the actor’s busy John Wick schedule. Recently, Reeves and director Chad Stahelski both admitted that they have no shortage of ideas for the future of the franchise.

“I enjoy making these movies because there’s no limit,” says Stahelski. “We create our mythology, and we have a studio that both stays out of our way and supports us on the wacky decisions. If people go see the movie, and it makes money, and they came back to us, Keanu and I have ideas for days. I could live here for the rest of my career. If people like it and want to watch more, I could think of way worse ways to spend your career. But, you know, we’re in the entertainment business. We’ll let the audience figure that out.”

Who do you think should be playing Namor? Share your thoughts in the comments below