Jordan Belfort brilliantly enacted by Leonardo DiCaprio in the movie The Wolf of Wall Street holds a 100$ bill with a smiling face in the above picture. While a cute little kid is charmingly captured with the same attire and pose as in the movie except this kid might not have the viewing experience of the splendid movie as it is heavily A rated. 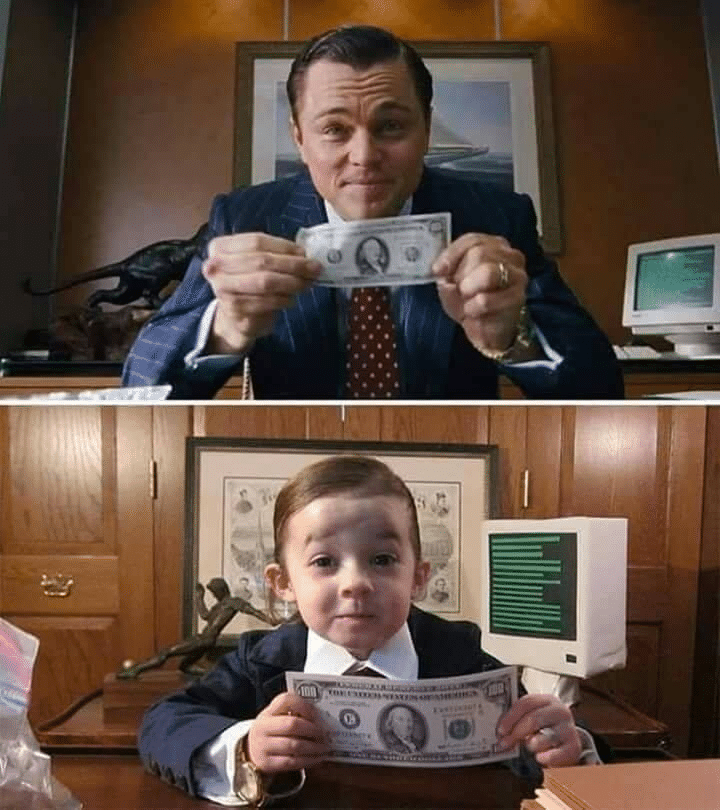 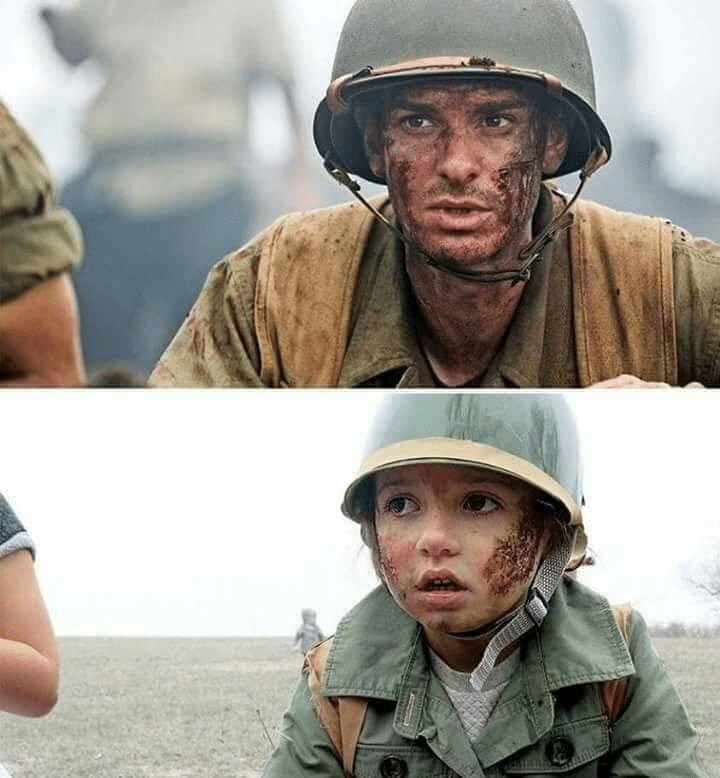 The top picture would be from the movie Hacksaw Ridge directed by Mel Gibson about a greatly renowned war veteran Pfc. Desmond T. Doss (played by Andrew Garfield) who has done outstanding service to the nation. The protagonist was ostracized for being a pacifist by his fellow soldiers but went on to earn respect and adoration for his bravery. Hope the kid in the below picture takes him as one of his influencers in life. 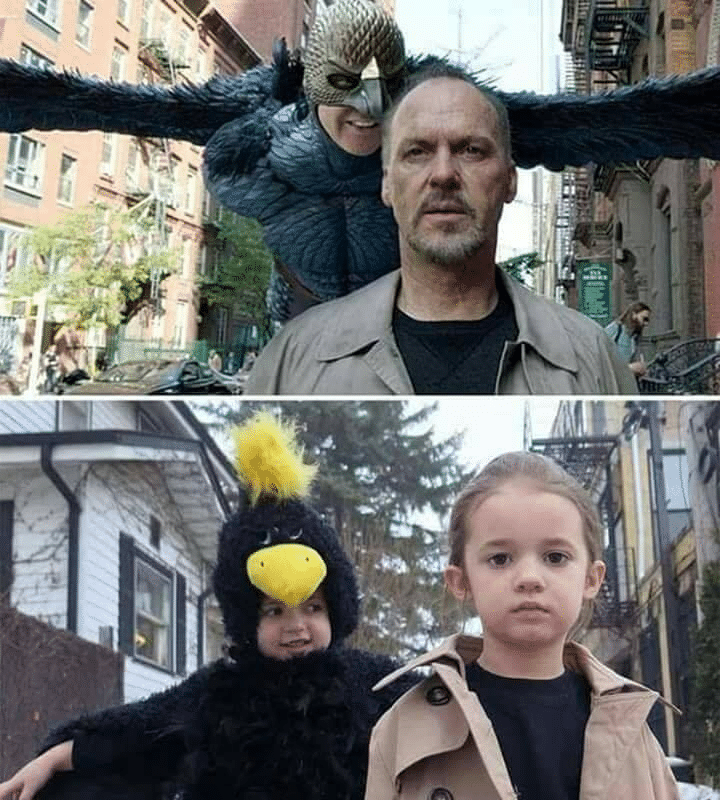 This picture in the top is from a movie named Birdman. The movie is dense with emotion to the point of complexity of the script. However the acting in the movie is justified for its intricacies. It won Oscar for the best picture. This picture is taken when the lead actor realizes his inner potential that is when Birdman hovers behind him depicting his true nature. The picture with the kids is playful depiction of the scene where the Birdman is smiling at the lead actor. 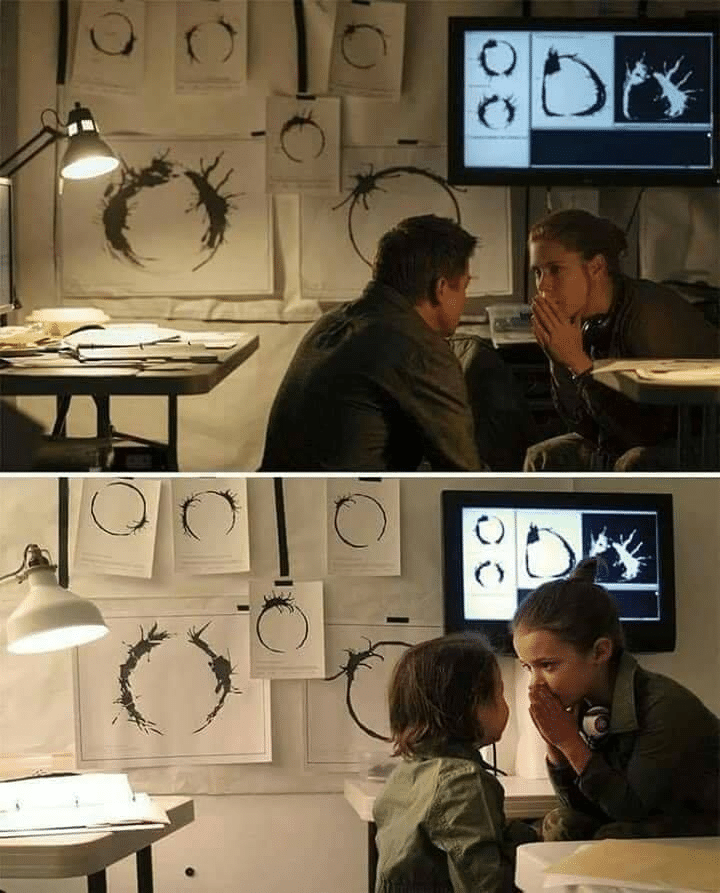 This is from the movie Arrival where the two highly intelligent scholars in the movie try to figure out the language that the giant alien species are trying to converse with humans. The weirs signs and symbols which are circular are what the aliens are using to converse in. They are at a crucial point where the guy who is a scientist conveys to the woman who is a linguist that the brain structure and functioning changes according to the use and acquisition of languages. At this point the brain of the female protagonist is slowly undergoing this change. 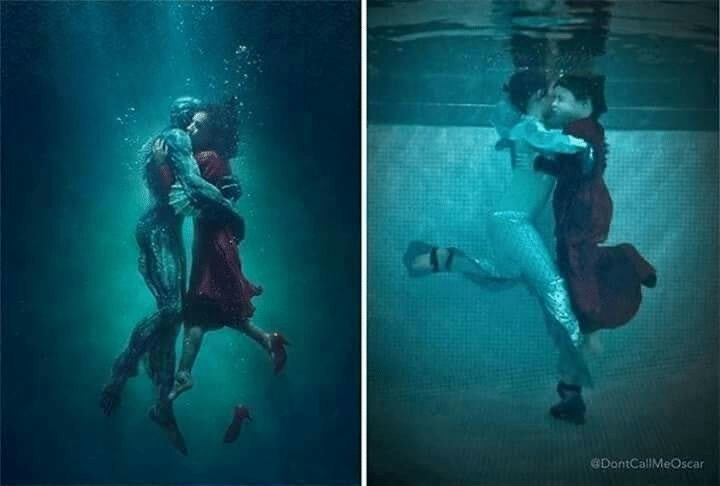 It was an iconic moment when Alisa a lonely janitor finally acknowledges her love towards an amphibious creature that is held captive in a secret research facility. The janitor slowly falls in love when the creature is being tortured by the cruel researchers in the institute. Later Alisa takes the creature home and finally falls in love with it. The children daringly performed this stunt underwater to perfectly mimic that beautiful scene.