Kristen Stewart is busy promoting her movie Charlie’s Angels. But even mid promotions, she has found time to talk about her ex-boyfriend and Twilight co-star Robert Pattinson. She can’t wait to see him as the Dark Knight in Matt Reeves’ The Batman reboot and she is rooting for him to get the portrayal right.

In an interview for Charlie’s Angels, alongside co-stars Naomi Scott and Ella Balinski, Stewart was asked who her favorite version of Batman is. Stewart said that she has “all the faith” in Batman Pattinson and Catwoman Zoe Kravitz to get the portrayals right. Kravitz will certainly in basking in success at bagging the coveted role, especially since there were other high profile stars like Tessa Thompson gunning for it. Stewart has said regarding Zoe Kravitz that:

“Literally, she already is Catwoman. I cannot wait to see that. I’ve known those guys for a long time, obviously. But other than that, for me, Michael Keaton is definitely the one.”

Kristen Stewart Wants To Know What Pattinson Sounds Like As Batman

But Stewart is also excited to know what Pattinson sounds like under the cowl. In fact she wants him to utter a specific immortal bat phrase. She said:

It remains to be seen if Pattinson will opt to modulate his voice himself like Bale or will he go the electronic modulation route like Affleck. He could also base his Batman voice on Willem Dafoe’s accent in The Lighthouse. But we agree with Stewart’s enthusiasm for Robert Pattinson to become Batman. We seriously can’t wait as well.

Check out this interview clip where Kristen expresses joy upon first hearing that Robert Pattinson was going to be Batman: 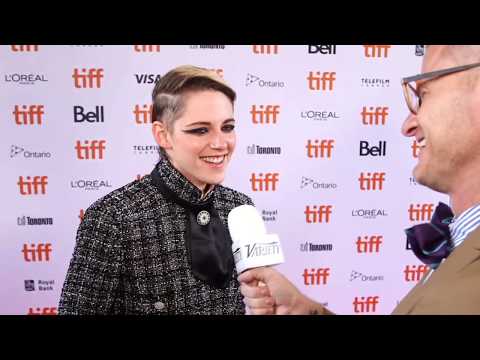