The character of Barry Allen or better known Flash has been superbly played by Grant Gustin in the Arrowverse series. On the other hand, Ezra Miller was equally fabulous at playing his role in DC’s Flash. The coming together of Arrowverse and Crisis on Infinite Earths was a huge success and earned immense love from the millions of fans across the globe. 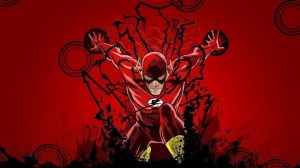 The production was completed and the scenes were shot and approved, and yet the Warner Bros. Boss Peter Roth insisted on featuring Ezra Miller in the crossover. In an interview, Marc Guggenheim explained that Ezra Miller‘s Cameo was solely Warner Bros.’ idea.  And since it was an amazing idea, it had to happen. The popularity of both the versions of Flash reached the peak with the Cameo of Miller, alongside Gustin. 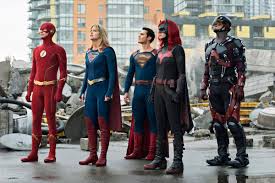 but with this crossover, he received even more affection and acceptance from the audience. The hard work Gustin and Miller had put in to make the Cameo work was commendable.

The Reaction and implications: 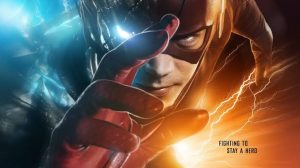 Warner Bros. pulled off the crossover event with much ease. The enthusiastic crew was keen to include the Cameo in the CW’s Crisis of Infinite Earths. From sources, it won’t be wrong to say that Gustin was extremely excited to work with the big-screen star, Miller. The news of Ezra’s cameo remained a secret for very long and took the audience by surprise. The Amalgamation of the two versions of Flash was a splendid event that added fun to the series and everyone absolutely loved it.