Legends of Tomorrow is an amazing quirky show which is really fun to watch. But it looks like not everything is going well for it as it is set to lose two of its castmates as series regulars.

Season 5 will mark the end of the line for Brandon Routh who plays Ray Palmer (The Atom) and Courtney Fort (Nora Darhk) on The CW series.

“Brandon and Courtney have been invaluable members of the Legends family. They have always brought a level of passion and collaboration to their characters and to the show- both on and off the screen- that we deeply admire and for which we are eternally grateful.”

“As one of the founding Legends of Tomorrow, Brandon is extremely beloved by the fans and everyone on the show.”

Why Brandon Routh and Courtney Fort Are Departing The Show?

There is an exception in this case of Brandon and Courtney leaving. They aren’t leaving of their own volition like most actors seem to do. It is actually the creative team behind Legends of Tomorrow who have decided to end the story arcs for their characters Ray and Nora. It isn’t uncommon for the DC superhero show which has had a rotating cast of characters throughout its 4 seasons. Routh was an original legend but he started off in Arrow and Courtney joined the show in season 3.

As for the possibility of the duo returning, the producers said that:

“Of course, when we have had main characters in the past whose journeys take them away from the Waverider, it’s never truly goodbye. We love these characters and hope to check in with them in future seasons, to see how life off the ship has transformed them for better or worse.”

“I’m so grateful to have had the opportunity to bring the big hearted and humorous Ray Palmer to life for our fans over the last 5 years. But unfortunately, his storyline is pointed in another direction. I’m saddened to see Ray’s journey end for now but wish my Legends family well.”

Courtney Fort in her statement said that:

“Nora Darhk is very close to my heart. If it were my choice, I’d play her for years to come. But I understand that stories run their course and I’m grateful for the time I did have fun bringing Nora to life on Legends of Tomorrow.”

Their final episode is scheduled to film in October. Legends of Tomorrow will return in 2020 on the small screen.

Don’t know about Legends of Tomorrow? How about you check out the trailer here: 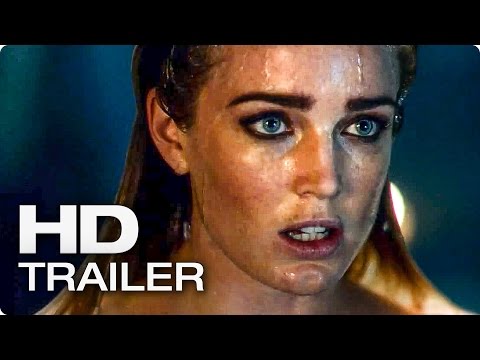